By Christmas of 1922 it was clear that the Free State Government had all but won the war. They had executed 21 republican prisoners in jails and internment camps. Thousands of prisoners were held in both partition states. In the countryside and the few towns where they still held out, the IRA’s forces were dwindling and in retreat. Free article

The Curragh Camp in County Kildare was for decades the chief British military base in Ireland. It was handed over to the Free State army in May 1922 but it was shortly the scene of imprisonment and execution of some of the same republicans who had fought the British. Free article

The new Irish Free State of 26 Counties officially came into existence on 6 December 1922. Two days later on 8 December its government committed an act that was to define its treacherous nature in the eyes of Republicans for many years - the execution of Liam Mellows, Rory O’Connor, Joe McKelvey and Richard Barrett in Mountjoy Jail. Free article

100th Anniversary of Liam Mellows to be marked in Galway

Galway republicans will remember and commemorate Liam Mellows on 4 December, in Athenry. This Galway Sinn Féin event will commence with a march from Athenry Community Park at 2pm by a piper-led procession walking past his former residence in the town to the 1916 Commemorative Garden. Free article

The execution of Erskine Childers 100 years ago on 24 November 1922 marked the culmination of the demonisation of this principled, committed and talented Republican activist by both the British and Free State governments. Free article

Four lads from the Liberties

The Free State regime carried out the first prison executions under their new coercive legislation when four young men from the Liberties in the south city faced the firing squad in Kilmainham Jail, Dublin, on 17 November 1922. They were Volunteers Peter Cassidy, James Fisher, John Gaffney and Richard Twohig of the IRA’s Dublin Brigade. Free article

Events to mark Centenary of Free State executions of Republicans

The centenary of the execution of Republican prisoners by the Free State government is to be marked with commemorative events around the country in November and December. The Free State government introduced Emergency Powers legislation which gave its Army authority to court-martial prisoners and sentence them to death for a range of offences including possession of weapons. That law of October 1922 was accompanied by a trenchant anti-IRA pastoral letter from the Catholic bishops. Free article

By mid-September 1922 the Republican forces were on the retreat throughout Ireland and were reverting to rural guerrilla tactics while the Free State controlled the cities and towns. Free article

The day after Michael Collins was shot, Richard Mulcahy, Chief of Staff of the Free State Army, sent a message to his soldiers. He urged them to “stand calmly by your posts” and said: “Let no cruel act of reprisal blemish your bright honour.” Yet in Dublin, within days of that message, and as the body of Michael Collins lay in state in City Hall, Free State forces carried out atrocities which up to recent times were largely forgotten. Free article

The tragedy of Michael Collins

We are seeing a deluge of media coverage on the centenary of the death of Michael Collins. This is natural for such a towering figure in our history. It is unfortunate, though, that so much that is said and written about the Treaty and the Civil War is dominated by the figures of Collins and Dev, often to the exclusion of other key figures and usually glossing over the political issues involved. Free article

Arthur Griffith died 100 years ago as the Civil War escalated, a war brought about as a direct result of his decision to sign the Treaty. Griffith’s legacy will forever be defined by that one act. Free article

Arthur Joseph Griffith was born at 61 Upper Dominick Street, Dublin, son of Arthur Charles Griffith, printer, and Mary Whelan. He attended the local Christian Brothers school and began work as an office boy in Franklin Printing at 13. He was a voracious reader and studied for the rest of his years. He was deeply interested in Irish history, culture and language and was a member from his teens of many clubs such as Young Ireland League, the Celtic Literary Society and Conradh na Gaeilge (the Gaelic League). Free article 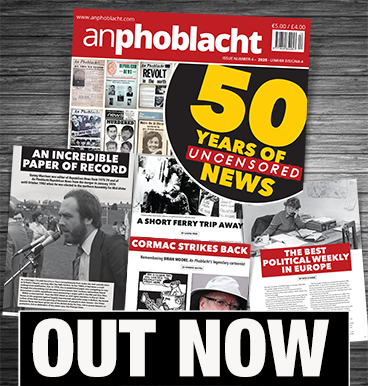