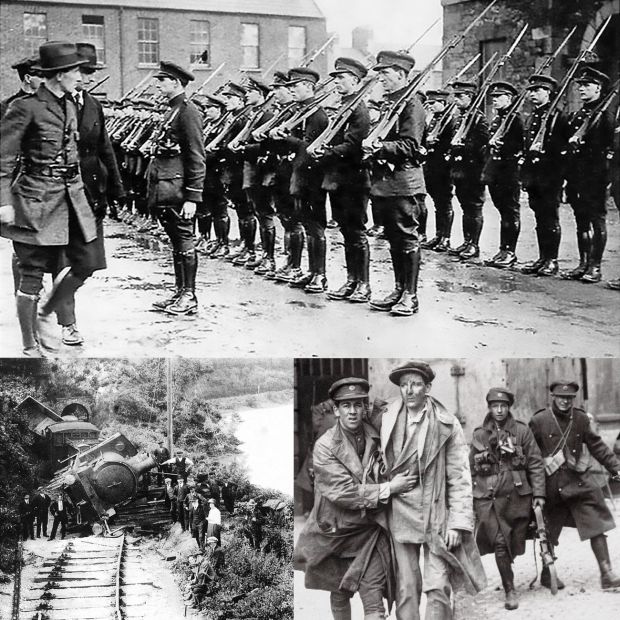 By Christmas of 1922 it was clear that the Free State Government had all but won the war. They had executed 21 republican prisoners in jails and internment camps. Thousands of prisoners were held in both partition states. In the countryside and the few towns where they still held out, the IRA’s forces were dwindling and in retreat.

On the night of 28 December Volunteer Francis Lawlor of the Dublin Brigade was dragged from the house where he was staying and his body was found near Orwell Bridge, Rathgar. The following day the last ‘official’ executions of 1922 took place when John Phelan and John Murphy were shot in Kilkenny Jail. Such events deepened the bitterness of the war and prolonged it.

The IRA lacked a coherent military or political strategy. In the autumn of ‘22 they had commenced a campaign of destruction of railways and roads, often without a direct military purpose. This lost support to the IRA as did attacks on the homes of members of the Free State parliament, including one in which the young son of Seán McGarry was injured and later died. 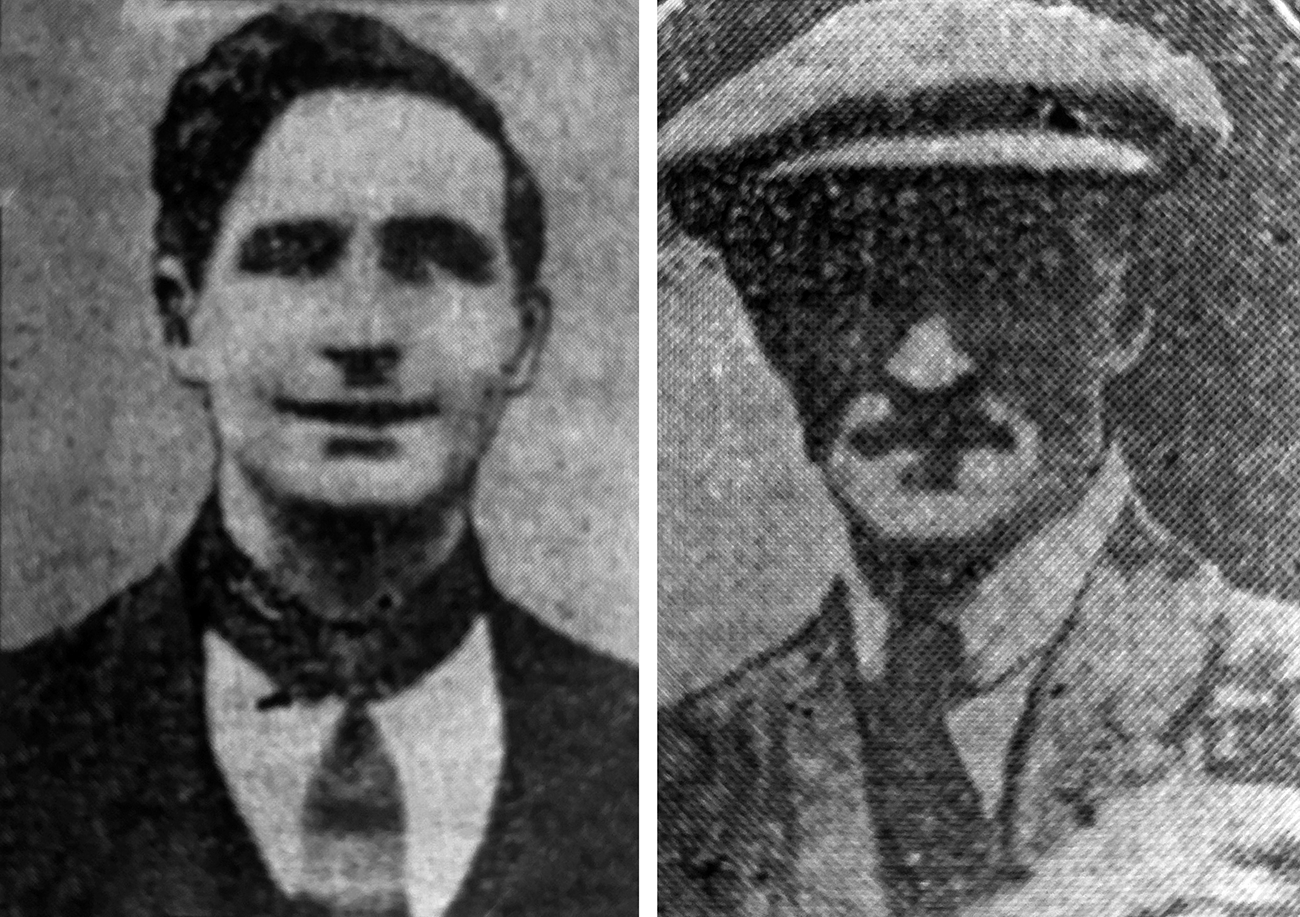 • John Murphy and John Phelan were shot in Kilkenny Jail

Leading IRA member Ernie O’Malley, who had a distinguished fighting record in the Tan War, was a wounded prisoner in Mountjoy at Christmas 1922. He recalls in his book ‘The Singing Flame’ that he wrote to the Chief of Staff, Liam Lynch, protesting the destruction of communications as an end in itself:

“If such tearing up of rails and roads was to be the prelude to good fighting, then it was justified, otherwise not. A campaign of destruction that did not serve any immediate military objective, or did not grow out of a definite military undertaking, seemed to me futile, and in a sense cowardly.”

While O’Malley may not have been correct to say it was ‘cowardly’- since any captured IRA member was liable to be executed - he was identifying another reality. Volunteers were often unwilling to fight with full force against the Free State Army, especially where they knew they would be fighting former comrades.

This was true in some instances at local level on the Free State side also but the Staters had the motivation and the means to fight the war with much greater ruthlessness.

The Free State had the full backing of the British Government and an unlimited supply of arms. Most of their army were recent recruits with no loyalty to the pre-Treaty IRA. The Catholic Hierarchy, the newspapers and big business backed the Free State and were determined to crush the IRA to restore ‘law and order’. The instability of the years of armed resistance to British rule had frightened the middle classes and they saw in the Free State the means of preventing social revolution. 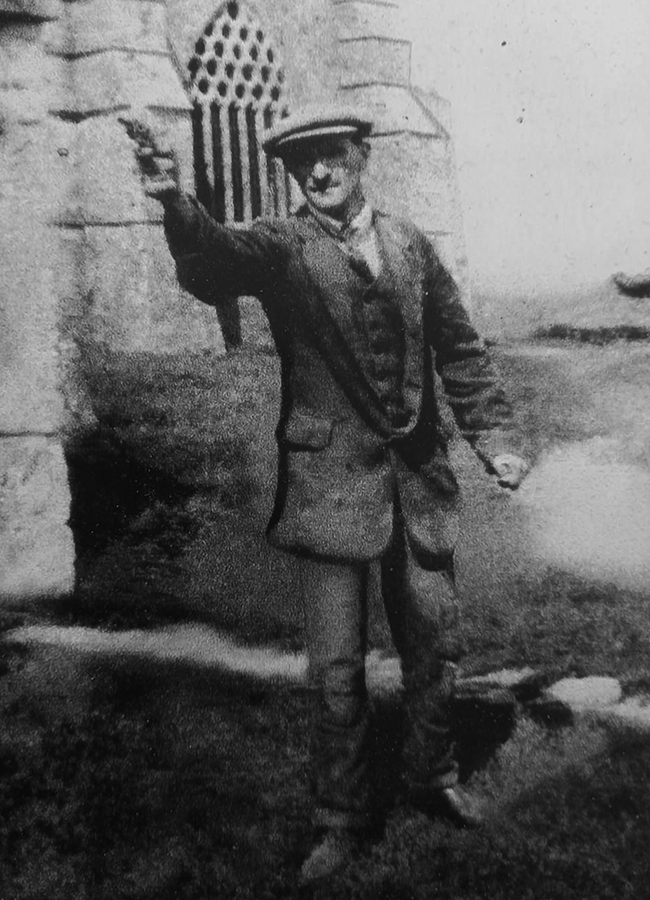 Republicans did not present a viable political alternative to the Free State to appeal to the mass of the people. These realities were dawning on many republicans in the jails during Christmas 1922. They were held in Derry Jail, Crumlin Road, the Argenta prison ship in Belfast Lough, Tintown in the Curragh of Kildare, Kilmainham and Mountjoy.

One of the many republican writers and artists locked up that Christmas was the poet Joseph Campbell from Belfast. Watching a fellow prisoner in Mountjoy solve a chess problem he wrote this poem:

It was a time of trouble - executions,

And I sat silent, while my cellmate figured

Best fitted with our mood: we seldom spoke.

“I have a thought,” he said, tilting his stool.

“We prisoners are so many pieces taken,

Swept from the chessboard, only used again

When a new game is started.” “There’s that hope,”

I said, “the hope of being used again. Some day of strength, when ploughs are out in March,

The Dogs of Fionn will slip their iron chains,

And, heedless of torn wounds and failing wind,

Will run the old grey Wolf to death at last.”

He smiled. “I like the image. My fat kings,

And painted Queens, and purple-cassocked Bishops

Are tame, indeed, beside your angry Dogs!”