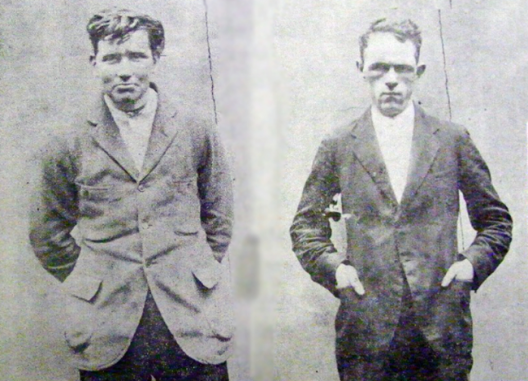 “While Dublin South differs slightly from Donegal South-West in that the seat there has been vacant... Free article

THE Fianna Fáil/Green Party Government is running scared of voters, Gerry Adams said after Sinn Féin Senator Pearse Doherty won the first round in a High Court battle on Monday to force the Government to hold the Donegal South-West by-election.

The High Court granted Pearse Doherty leave for a judicial review into why the Donegal South-West by-election has not yet been... Free article

“The first thing to be said about what happened here this evening is that this situation was brought about by the insistence of the Orange Order to march through three nationalist areas as an add-on to their main parade... Free article

SPEAKING after the deaths of eight people in a road traffic accident in Donegal on Sunday night, the Mayor of Buncrana and Deputy Mayor of Donegal, Sinn Féin’s Councillor Pádraig Mac Lochlainn, has conveyed a sense of shock across the Inishowen peninsula.

“Once again the community here in Inishowen has been devastated by a road accident. This is... Free article

DONEGAL Sinn Féin Senator Pearse Doherty is in the High Court in Dublin this morning seeking leave for a judicial review into the failure of the Fianna Fáil/Green Party Government to hold the Donegal South-West by-election.

If leave is granted this will be a first step in the battle to force the Government to hold the by-election.

BARCELONA: More than a million people have gathered in Barcelona to demand greater regional autonomy for Catalonia and protest against a recent court ruling forbidding the prosperous region from calling itself a nation.

GOLF CHAMPION Graeme McDowell has tried to end the confusion over whether he should be described as Irish or British.

The 2010 US Open winner comes from Portrush in County Antrim and says:

“Mum's a Catholic, Dad's a Protestant, I was brought up Presbyterian but... I'm Irish.”

He told Jay Leno on The Tonight Show in the United States that he’s Irish.

McDowell has made it clear,... Free article

REPORTS that the Fianna Fáil/Green Party Government has dropped plans for a property tax in this year's Budget have been welcomed by Sinn Féin Finance spokesperson Arthur Morgan TD.

Deputy Morgan said a flat-rate universal property tax would unfairly punish struggling families who are already hit with a range of direct and indirect regressive taxes and duties by this... Free article

A NEW REPORT into the UVF bombing of McGurk’s Bar in 1971 has to be produced by the Police Ombudsman has to be produced to rebuild confidence amongst the victims’ families and the wider public, Sinn Féin North Belfast Assembly member Gerry Kelly has said.

“The report given to the relatives of those killed in the UVF attack on McGurk’s bar was so inaccurate that it couldn’t even... Free article