Lisbon Treaty one year on – Mary Lou McDonald asks ‘Where are all the jobs?’ 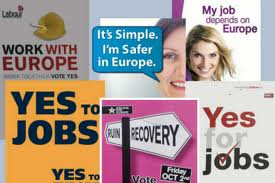 TODAY marks the first anniversary of the passing of the Lisbon Treaty by the Irish people. Leading 'No' campaigner Mary Lou McDonald today said:

One year on from the passing of the Lisbon Treaty, the Government, Fine Gael and Labour’s promise that a 'Yes' vote would deliver ‘jobs and investment’ have been exposed for the sham that they were.

These parties joined forces with other vested interests to bully and cajole citizens into accepting Lisbon; they threatened that we would be in deep trouble if the treaty was rejected by the electorate.

Here we are now, 12 months since the passing of Lisbon, and Ireland is in deep trouble. We have haemorrhaged jobs with close to half a million people now on the dole. The Government bank bail-out has bloated the budget deficit and saddled every man woman and child in the state with 10,000 euro of debt.

The Government, Fine Gael and the Labour Party have joined forces once again. Their shared ambition this time round is to slash our budget deficit from 32% to 3% by 2014, as agreed with the European Commission. They plan to do this by introducing a series of vicious budgets. Their cuts will bring real hardship and further depress the economy.

Their promise of Lisbon jobs was a false one. Their promise to protect citizens and create jobs while hacking away at services and incomes is just more of the same.