A crucial year for republicanism 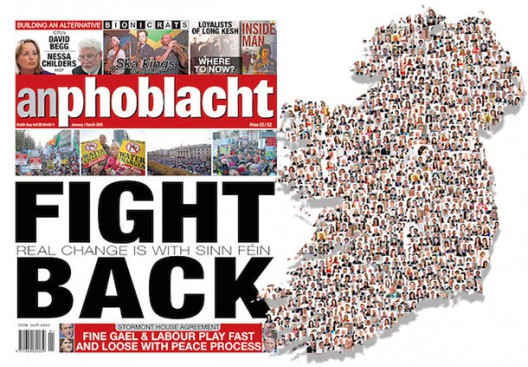 2015 is an important year for republicanism; it could be crucial. Not only are there Westminster elections happening in May but there will possibly be a snap Dáil election this year if the Fine Gael/Labour Coalition doesn’t hang on until the last possible moment in 2016. And, of course, 2016 marks the centenary of the 1916 Easter Rising. Free article

IT WAS LIKE the ghost of Christmas past. In October 2002, power-sharing institutions stumbled from the blow of the Stormont PSNI raid charade. Free article

THERE was great sadness in the Monaghan/Fermanagh area when ex-prisoner Brendan MacCaffrey passed away last September after a long illness, aged 63. Brendan, or ‘Caffo’ as he was affectionately known, grew up in the area around Roslea, County Fermanagh. While his family had a republican history, it wasn’t until his involvement in the Civil Rights movement and the persistent harassment from British crown forces that Brendan decided to join the IRA. Free article

NIALL VALLELY was an idealist, an activist, a family man, a musician. Coming so quickly after the death of his beloved wife Úna, Niall’s passing on 14 December came during a very difficult period for the entire family. Free article