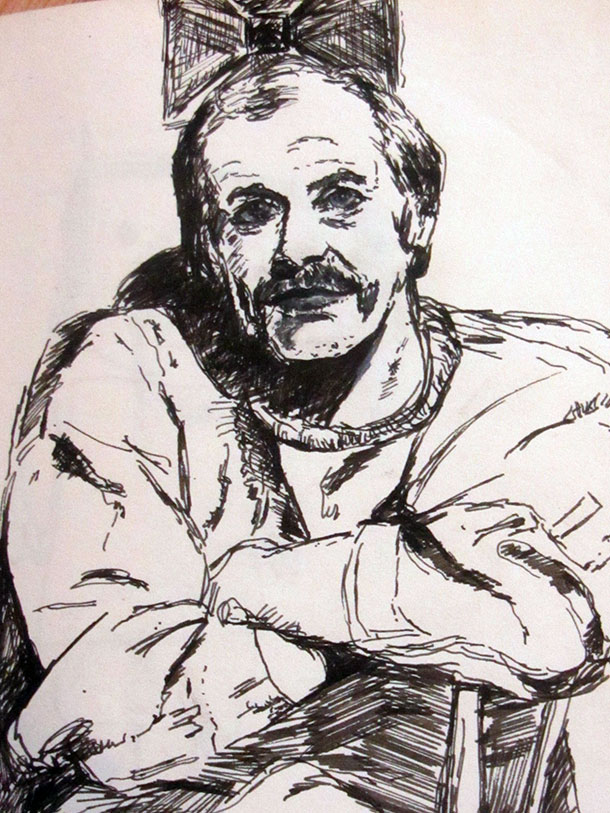 THERE was great sadness in the Monaghan/Fermanagh area when ex-prisoner Brendan MacCaffrey passed away last September after a long illness, aged 63. Brendan, or ‘Caffo’ as he was affectionately known, grew up in the area around Roslea, County Fermanagh. While his family had a republican history, it wasn’t until his involvement in the Civil Rights movement and the persistent harassment from British crown forces that Brendan decided to join the IRA.

Brendan’s main area of activity was his home county of Fermanagh but he also operated in the surrounding counties along with comrades such as Séamus McElwain and Jim Lynagh. After a period of being on the run, he was eventually arrested in January 1974 and sentenced for eight years for the possession of explosives. While in Crumlin Road Jail his wrist was broken by prison warders and he was then transferred to the Cages of Long Kesh where he experienced more brutality from the British state during the burning of Long Kesh.

After his release from Long Kesh, Brendan moved with his wife, Joan, and their family to Monaghan in 1977. Brendan could rightly have decided that his contribution to struggle was over but he rejoined the Fermanagh Brigade of Óglaigh na hÉireann and re-engaged in the military struggle. Struggle for Brendan was not purely military and he also took part in the H-Block/Armagh protests and helped in the election of Hunger Striker Kieran Doherty in 1981.

In 1983, Brendan again found himself imprisoned, this time in Portlaoise. He enjoyed working on handicrafts and became a skilled painter.

Even though Brendan had left school at 14 years of age without any formal educational qualification, he later completed an Open University degree. Brendan furthered his education and developed his artistic skills, often in competition with fellow prisoner and comrade, Lucas Quigley from Belfast.

Brendan was eventually released in 1991 and returned to Monaghan where he and Joan worked on raising their family.

It was a testament to the esteem he was held in with the turnout of so many ex-prisoners from all parts of Ireland at his funeral.

At the graveside, former Sinn Féin Councillor Eoin Mac Gabhann chaired proceedings and highlighted that Brendan had died on the same day as Ian Paisley but that while Paisley was a reactionary Brendan was a revolutionary.

The main oration was then delivered by ex-POW Seán Kinsella who spent more than 20 years in English jails. Seán made reference to Caffo’s easy style and his unsuccessful attempts to teach Seán fishing. He also emphasised Caffo’s central role in developing the former RIC barracks in Clones into a bustling hive of activity as what is now the Fáilte Cluain Eois ex-prisoner centre.

Brendan was buried beside his late wife Joan. He is survived by his children Brian, Jackie, Roisín and Francis, and by his grandchildren Brenda, Eoin, Molly Kate and Emily.