The exciting possibility of a Left government

After the Election – What Now? By Jack O'Connor, SIPTU General President 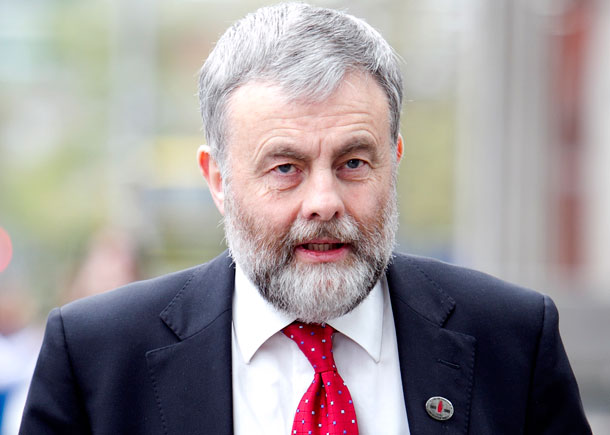 The vitriolically superficial character of our public exchanges should end at once. Labour people should acknowledge that, despite legitimate criticisms, the current leadership of Sinn Féin has returned its party to the Left republican course which reflects the outlook of the Democratic Programme of 1919 and the 1916 Proclamation

OVER the last two elections, upwards of 40% of the electorate, twice as many as previously, opted for ‘Left’ platforms. This raises the exciting possibility of a Left of centre government.

However, the scale of the challenge should not be underestimated.

Even on the basis of the most recent polls, the parties of the Centre-Right would still easily command an absolute majority of seats in the Oireachtas. Moreover, if the turnout in the next general election replicates that of 2011, there will be 14 votes cast for every 10 in the locals. All the polls show the “don’t knows” running in the order of 30%. These are the people who will tip the balance.

The next election will not be a plebiscite on austerity but rather a search for solutions. If the Left is to seriously contest to win, it must offer a sustainable economic and social strategy, in the context of globalisation, also taking account of the debt reduction rule of the Fiscal Treaty.

The vitriolically superficial character of our public exchanges should end at once. Labour people should acknowledge that, despite legitimate criticisms, the current leadership of Sinn Féin has returned its party to the Left republican course which reflects the outlook of the Democratic Programme of 1919, the 1916 Proclamation and the egalitarian values which extend back through the Fenians and Wolfe Tone to the French Revolution.

Moreover, we should also acknowledge the success of that approach in the Peace Process which now offers the realistic possibility of the reunification of Ireland through consent. 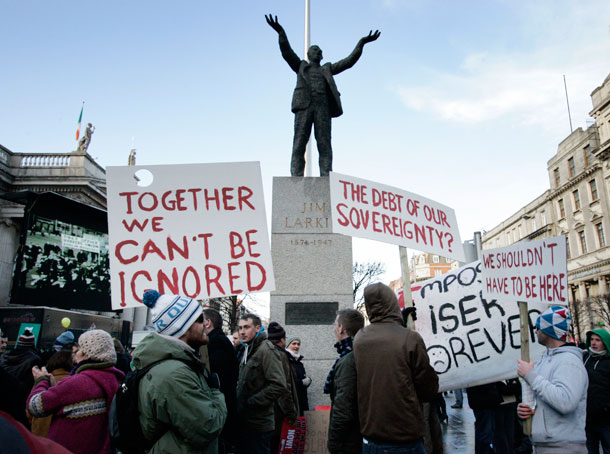 Sinn Féin and people on the non-sectarian Left should acknowledge that, far from selling out and notwithstanding equally legitimate criticisms, Labour in Government has prevented public spending cuts which would have extended to between a further €1.5billion to €2billion. This would have entailed slashing the basic rates of social welfare and outsourcing of public provision on an industrial scale, resulting in the ‘Greyhoundisation’ of thousands of jobs.

They should also acknowledge Labour’s role in improving collective bargaining rights and defending the legal infrastructure which protects the pay and terms of employment of more than 200,000 lower-paid workers as well as preventing the wholesale divestiture of public assets at bargain basement prices.

All of us should also recognise the critically important role of ‘Left Independents’ in pursuit of democratic accountability and defending communities. However, they in turn should accept that the attainment of a left of centre government would offer the prospect of much greater progress towards a prosperous, egalitarian society.

Realistically, a Government of the Left would not unilaterally “burn the bondholders” or repudiate the Fiscal Treaty either, given the danger that such a route could become a one-way ticket to the Stone Age. However, they could shift the tax/cuts burden by €1billion to €1.5billion incrementally, from those least able to those most able to shoulder it, in the manner outlined by the Nevin Institute. This would allow for the abolition of both the Property Tax and the Water Charges, which undoubtedly would be popular but hardly progressive.

Deployment of these new resources on building a decent health service, universally available to all, free at the point of use, ending the housing crisis, improving education and public provision otherwise, or making gradual progress on all three simultaneously would be far better. 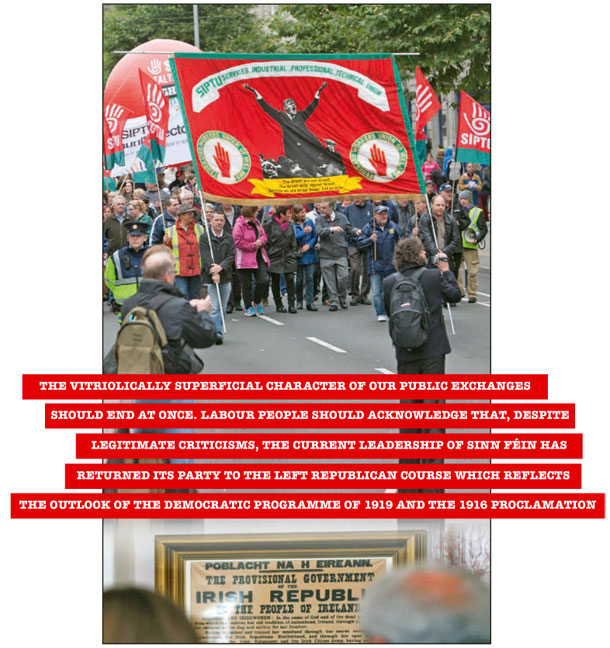 That would actually constitute a real egalitarian agenda.

Of course, some steps could be taken to rebalance the Property Tax further, thus rendering it fairer, and to introduce a system of water credits to ensure that everyone had an adequate free supply to meet their basic household needs.

The real challenge for the Left, though, is on the generation of wealth as distinct from the distribution of it.

We must counter the inevitable cuts, public asset divestment and tax competition approach of the Centre Right with a ‘New Economic Policy’, constructed around public enterprise, strategic investment and skills development.

This in turn should be complemented by a sophisticated electoral alliance that is not simply about Labour and others on the Left serving as transfer fodder for Sinn Féin but which is designed to maximise seat gain to offer the electorate the prospect of a cohesive, stable alternative Government.

At the end of the day, the real battle between Right and Left is as it always was — low tax, private affluence and public squalor on the one hand versus social solidarity, through sustainable public provision, underpinned by fair taxation, high productivity and a prosperous economy on the other.