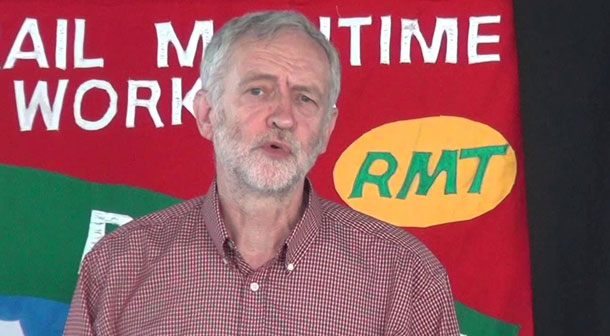 BRITISH LABOUR MP Jeremy Corbyn says that imposing Tory welfare cuts in the North would lead to increased levels of poverty and inequality.

The Labour MP for Islington North in London opposed the introduction of the cuts in Britain and said the Tory-led government’s policy has driven millions deeper into poverty.

Speaking to An Phoblacht, the left-wing stalwart said the Tory cuts agenda is already having a devastating impact on his own constituency.

“I represent an inner-city constituency with higher levels of child poverty than other parts of Britain or the North of Ireland – as well as extremely wealthy people.

“Now, as a result of the cuts agenda, when I walk around my constituency I will encounter someone asking for money within three or four minutes of leaving my house.

“People are literally begging in the streets as a result of losing their homes,” he said.

The Labour MP said the Tory-led cuts are leading to “social cleansing” in some areas.

“The cap on total welfare benefits at £500 a week may seem like a great deal to some people but for those in private rented accommodation, either employed or unemployed, are now facing rents of £300 to £400 per week for a flat.

“If they have several children they will be left with £100 a week for everything else –  including Council Tax if they are working.

“This is unaffordable and increasingly the local authority is then forced to move them out of the area into cheaper accommodation. This is effectively social cleansing. That is happening all over London,” he said.

Jeremy Corbyn says that people on benefits are being criminalised by the welfare cuts policy.

“The narrative by the Government that everyone who accesses benefits, even though they are an absolute right guaranteed by the welfare state, are made to feel like criminals.

“The welfare state was created to protect people from falling into destitution. But levels of destitution are growing daily. It is heartbreaking.

“This whole policy of Iain Duncan Smith is being brought about by people who neither know nor care about what it means to rely on the welfare state.”

He says people have taken their own lives as a result of the Tory cuts agenda.

“Local officials, if they deem that someone is not making enough of an effort to find a job, can sanction them, depriving them of benefits.  2,000 people in my borough in one year have been sanctioned in this way.

“Similarly, changes to disability benefits are also creating a real problem. ‘Return to work’ interviews are cruel and often humiliating.

“Claimants are often told they are fit for work even when they have physical or sometimes mental difficulties.

“They can appeal the decision but they lose their benefits during the appeal process.

“Sadly, some people have taken their own lives while they are waiting for the process to be completed.” 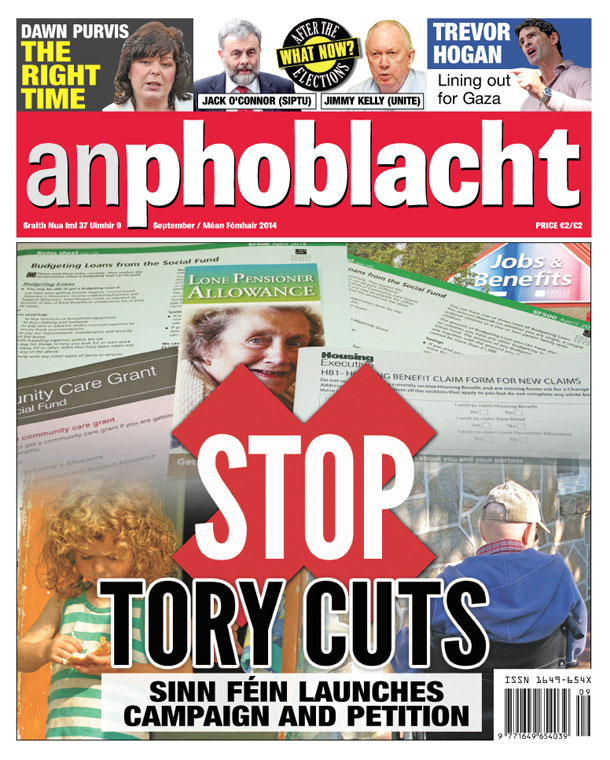 The Labour veteran also says that increasing numbers of people are losing their homes and being driven onto the streets.

“I regularly go to homeless shelters and they are overwhelmed. Ten years ago, there was a reduction in homelessness and people could move to hostels relatively quickly. Now there is a backlog as local authorities struggle to find affordable housing in the private sector.

“People are desperate to get a roof over there heads every night,” he adds.

The introduction of Tory welfare cuts to the North would be disastrous, he says, adding he cannot understand how any party could support it.

“There is already too much poverty and inequality in Ireland without making it worse by introducing welfare cuts.

“If Ireland goes down this route, levels of inequality will only get worse.

“And the suggestion of fining people for standing up for communities and defending the poor is ludicrous. It is ridiculous to fine people for carrying out a just social policy.

“I take heart, however, knowing that Sinn Féin is opposing the cuts. Sinn Féin don’t give up and I wish them well in the campaign.”