‘This is a rights issue; this is the nuts and bolts of equality’ 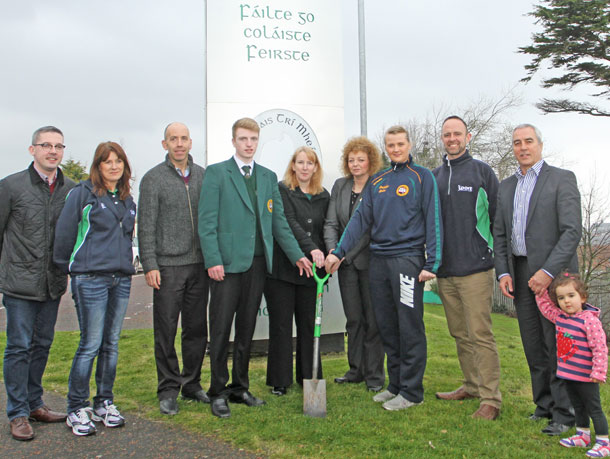 MINISTER CARÁL NÍ CHUILÍN has outlined the social clauses imposed by her Department of Culture, Arts and Leisure (DCAL) on employers vying for contracts to build the new multi-million pound Casement Park stadium in west Belfast.

Ní Chuilín made her announcement on Tuesday 2 April at an event in the North’s only second-level Irish-language college, Coláiste Feirste, when she cut the first sod for the school’s state-of-the-art sports centre.

“At the very least, this approach takes the equality agenda into new territory for a Government department in the North of Ireland.

“It also imposes new conditions on the private sector around the promotion of equality.”

“This is a minimum baseline rather than a maximum ceiling but, as the late Inez McCormack, who helped build the foundation for this equality approach, used to say, an inch down the right road is always progress.”

The £76million Casement Park development has met with opposition from residents living near the GAA venue.

However, the minister’s announcement demonstrates Sinn Féin’s commitment to local communities blighted by unemployment and inequality.

“Social clauses are the legal outworking of the equality agenda.

“We need to constantly try and find practical ways to turn aspirations into actions and that’s exactly what we have tried to do with social clauses in the stadium programme.”

The stadium programme includes the redevelopment of the other main stadia in Belfast at Windsor Park and Ravenhill.

Conformation and monitoring that a contractor is endeavouring to achieve accreditation under the living wage foundation and enhanced environmental targets to reduce the contractor’s energy and carbon footprints.

“We have also included the requirement that contractors deliver five practical proposals for community initiatives to ensure social returns and benefits for the local community,” added Ní Chuilín.

Welcoming the news, he said:

“We have rightly challenged the decades of neglect suffered by the people of this area.

“So it is great to see a Sinn Féin minister funding a project of this magnitude and ensuring through the social clauses that local people benefit from it”.

DCAL Minister Ní Chuilín cut the first sod of the planned multi-sports complex for the North’s only Irish-language college.

The minister was joined by a number of Sinn Féin’s elected representatives from across Belfast who she commended for the huge efforts they have made on behalf of the school.

The headline project is the first of a number of projects to be developed as part of expanding the Gaeltacht Quarter in West Belfast.

As well as DCAL, Belfast City Council and Sport NI are supporting An Charraig Mhór, which will see state-of-the-art handball courts included in the school’s sports facility, which is to be built on the site of the old Beechmount Leisure Centre.