A heroine of republican struggle 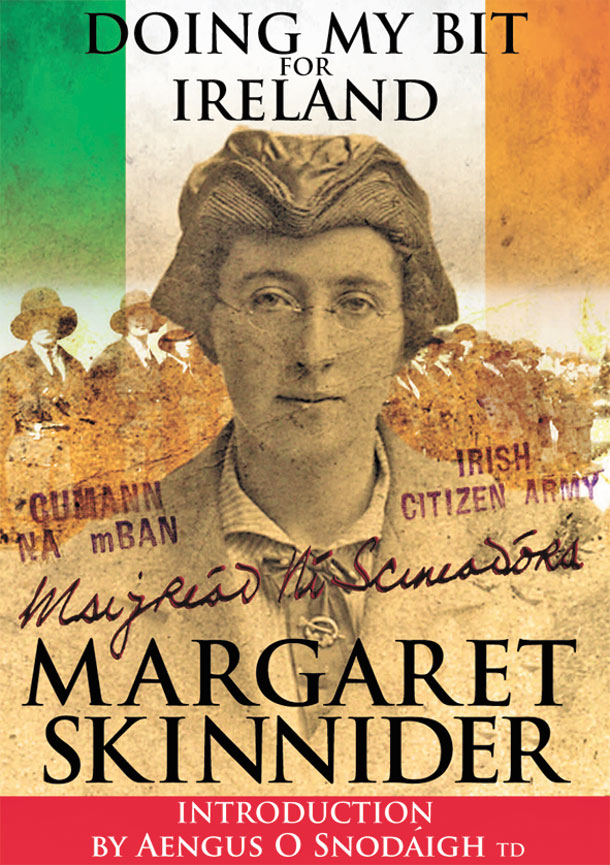 In later years, Margaret reverted to her teaching career but never wavered in her support for republicanism, women’s rights, socialism and trades union activity, eventually becoming President of the Irish National Teachers’ Organisation (INTO).

Doing My Bit for Ireland

MARGARET SKINNIDER is a true heroine of the republican struggle. Born in Glasgow to Irish parents (the name ‘Skinnider’ is native to Monaghan), the young Margaret immersed herself in her Irish heritage. She is one of the few people to have served in Óglaigh na hÉireann, Cumann na mBan, and the Irish Citizen Army, although it is probably in her role as a Citizen Army soldier that she is best known.

She played an active part in the College of Surgeons garrison in St Stephen’s Green, serving as a sniper on the college roof, from where she claims to have shot several British soldiers who were firing from the roof of the Shelbourne Hotel across the Green.

Margaret became the only female combatant wounded in the Rising when she was shot three times whilst leading a raiding party to burn down a house occupied by a British machine gun post. She was cited in dispatches for bravery on three separate occasions during Easter Week and continued in this courageous manner throughout the Tan War and the Civil War, when she was not only Director of Training for Cumann na mBann, but also the de-facto paymaster for the Quartermaster General’s department of the IRA after the fall of the Four Courts. 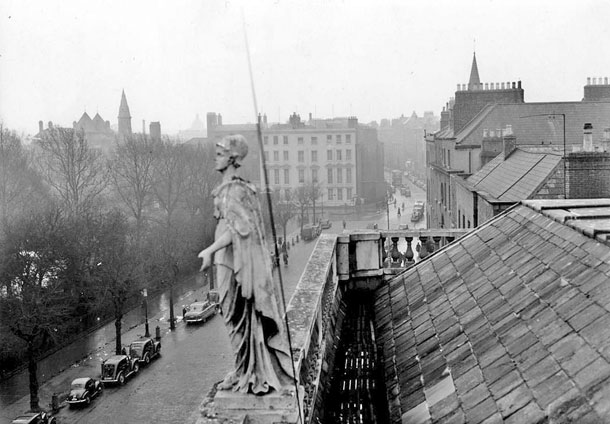 In later years, Margaret reverted to her teaching career but never wavered in her support for republicanism, women’s rights, socialism and trades union activity, eventually becoming President of the Irish National Teachers’ Organisation (INTO).

This book was originally written by Margaret in late 1916 and early 1917 in America. It was written primarily for an American audience to explain the realities of the Rising and to garner support for prisoners and dependants in Ireland. She sets out the events leading up to the Rising as well as Easter Week itself and the subsequent immediate aftermath.

There is one peculiar passage in the book where Margaret describes James Connolly as a “North of Ireland man from County Monaghan”. This is rather strange as one would have thought that a Glaswegian such as her would have recognised an Edinburgh accent when she heard it (Connolly’s birth certificate confirms that he was born in Scotland).

This new edition of the book is prefaced by a masterly introduction from Aengus Ó Snodaigh TD. His introduction and additional photographs help contextualise  both the book and Margaret herself in the overall struggle.

This is a wonderful little book which should be an essential purchase for anyone seeking to expand their knowledge of the events and personalities of Easter Week.