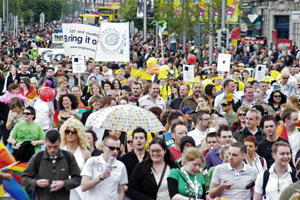 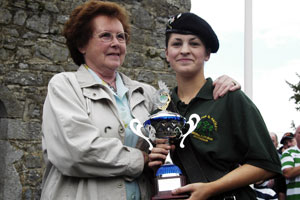 The Fergal Caraher Trophy, named in honour of the young man gunned down by British soldiers at Cullyhanna in 1990 was presented by Fergal’s mother Mary to band member Aoife Comiskey