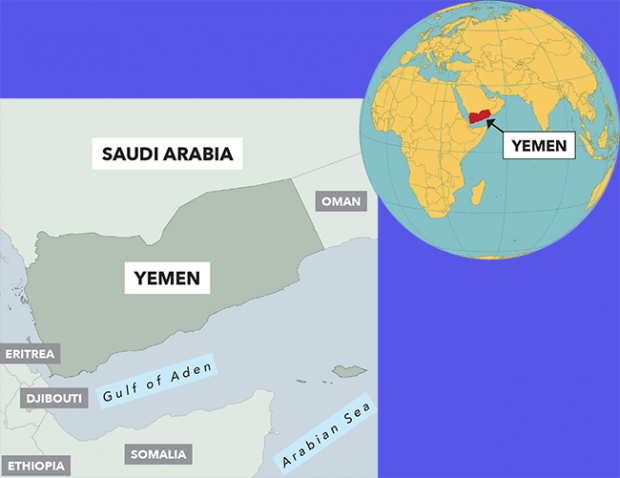 As the attention of the western world remains focused on the war in Ukraine and people in Ireland are daily horrified at the resulting humanitarian crisis there, another war, and what is currently the world’s greatest humanitarian crisis, is relatively ignored.

The poorest country in the Middle East has been bombed into the stone age by one of the richest, Saudi Arabia. The relentless Saudi assault has already destroyed Yemen, inflicting appalling suffering on its people.

The conflict which has become a regional proxy war, led to 377,000 civilian deaths by the end of 2021 according to the United Nations Development Programme. These deaths are both directly related to the war and the resulting hunger and disease. An attack on a migrant detention centre earlier this year killed 90 people and wounded over 200.

Yemen is now home to the largest and fastest growing cholera crisis ever documented. It is estimated that every 10 minutes, a Yemeni child under five years of age dies from starvation or disease.

The UN predicts 19 million Yemenis will go hungry in the coming months, while more than 160,000 of them will face famine-like conditions.

Reduced supplies of wheat from Ukraine caused by the current war there are likely to push hunger levels in Yemen even higher. Despite attempts to end the stream of deadly and destructive modern weapons flowing to Saudi forces, western interests are profiting handsomely from this horrific war.

The origins of the conflict in Yemen were in the wave of revolts across the Arab world in 2011. It inspired an uprising in Yemen against the local dictatorship of Ali Saleh. A deal that followed allowed Saleh’s deputy, Abd Rabbuh Mansur Hadi, to take power.

Subsequently, the Houthi religious movement, which champions the Zaidi Shia Muslim minority, launched its own rebellion against the government.

Having taken control of much of the north of the country, the Houthis advanced south towards Hadi’s stronghold. This alarmed the regime in Saudi Arabia which calculated that a Houthi-led Yemen would align itself to Iran - an important enemy of the Saudi regime.

In early 2014, the Houthis captured the nation’s capital Sanaa, forcing President Hadi to flee abroad in March 2015. A Saudi-led coalition, backed by Britain and the United States, entered the fray the same year to try to restore the government to power.

The Saudi-led coalition has also been accused of using starvation as a weapon of war by blockading and interfering with the delivery of vital humanitarian and commercial assistance, which the majority of Yemeni civilians depend on for survival. 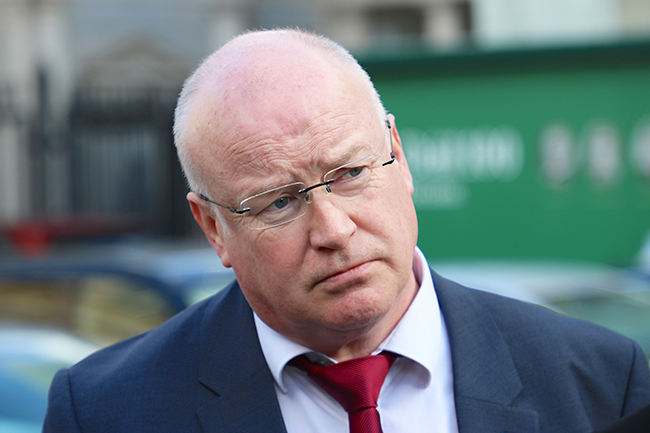 Outside forces have flooded the country with weapons to keep the conflict going for many years to come.

Iran has a clear interest in the conflict but denies arming the Houthis, despite claims from the United Nations and others, while the Houthis say their drones and missiles are domestically manufactured.

Meanwhile, the Houthis have signed what the UN has described as an “action plan” to end and prevent recruiting or using children in armed conflict, killing or maiming children and attacking schools and hospitals.

Despite the scale of destruction and the suffering being inflicted on Yemeni people in order to re-install a dictatorship, the Irish Government has ignored the atrocities in return for increased trade with Saudi Arabia.

In November, Tánaiste Leo Varadkar led a five-day Enterprise Ireland trade mission to the United Arab Emirates (UAE) and Saudi Arabia during which there is no record of him raising the issue of Saudi Arabia’s dismal domestic human rights record or its actions in Yemen.

Varadkar invited a member of the Saudi Arabian government to visit Ireland and pledged to “deepen ties” with the totalitarian state, despite the country’s appalling abuse of human rights within its own borders and the atrocities it is perpetrating in Yemen.

Speaking in the Seanad, Sinn Féin Senator Paul Gavan condemned the Irish Government’s refusal to speak out against the dictatorship in Saudi Arabia for its seven year long war of terror on the people of Yemen.

Highlighting the role that Shannon Airport has played in the war, the Senator informed Minister for State Joe O’Brien that every US Military advisor helping to train Saudi pilots to drop bombs on Yemeni citizens has come through Shannon.

Gavan asked for an explanation as to why a Minister was in Saudi Arabia touting for more business even as the regime was preparing to carry out 81 executions in one day and continuing its campaign of bombing in Yemen.

He called on the Minister to use Ireland’s seat at the UN Security Council to call for an end to the war, condemn Saudi aggression, and condemn arms sales by members of the EU, Britain and the US to Saudi Arabia and the United Arab Emirates (UAE).

A United Nations-brokered truce has been in place in Yemen since April 2, but has not always or universally held. Civilians are still dying and the UN has warned of a “worsening” humanitarian situation.