The Fog of War: Ukraine and Russian Imperialism 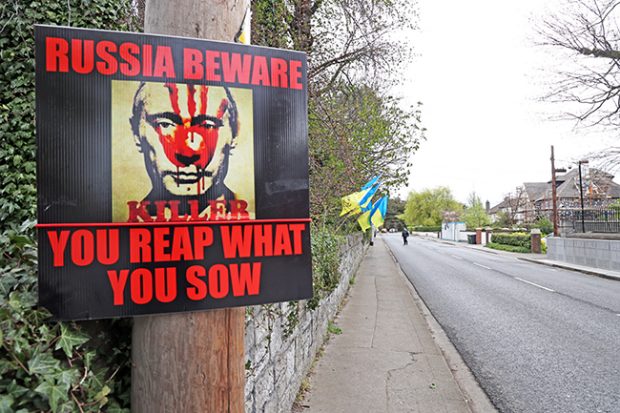 • Rsing militaristic jingoism hasled to peace activistsbeen slandered as “stooges” and painted as “Putin’s puppets” by establishment forces, but we must not be defeated, we must stop this war

The ongoing tragedy and humanitarian crisis caused by Russia’s invasion of Ukraine is still dominating our news media in Ireland and internationally. In this article, Chris Hazzard makes a personal analysis of other issues raised by the conflict, including the implications of an increasingly militarised Europe and the need for ‘a security architecture that prioritises peace, social justice, and recognises the sovereignty of small nations and their right to peacefully determine their own future’.

“Neo-colonialism remains invisible to us. When Crimea is annexed, we understand it: soldiers, guns - classic…but ‘independence’ on IMF loans that our children and their children won’t be able to pay back; Carpathian trees becoming IKEA chairs; the aspiration to join the imperial military bloc NATO written into the Constitution of our sovereign state - none of this alarms us…this is our ‘European integration’ - to pimp our Motherland to the highest bidder.”

These are the words of Anatoli Ulyanov, the prominent Ukrainian artist attacked for his opposition to far-right Ukrainian nationalism and defence of LGBTQ rights and now living in exile in the United States of America.

Ulyanov’s writings, his life experiences, and his considered reflections shine a light into the fog of the Ukrainian conflict. Having grown up in a Soviet, Russian-speaking family, he is a fierce critic of Vladimir Putin’s regime, and so he should be. Putin is the head of the Russian gangster class; those parasitic oligarchs who pilfered the vast public wealth created by the Russian working class over many decades of toil and labour.

But Ulyanov is also acutely aware of the vice-like grip Russia has on his homeland. An historic post-Soviet state reduced to a colonial enclave, Ukraine has been trapped in a perpetual conflict between Russian and pro-western capitalists since the collapse of the USSR.

Putin’s annexation of Crimea in 2014 turned the dial significantly. Now, the logic of Russian imperialism relegates the economic imperative of capital accumulation in favour of a much more visceral hunger for the restoration of security and pride for the Russian state, for the rebuilding of the Tsarist Russian empire.

There is no doubt then that Ukraine, birthplace of the Rus and so of Novorossiya, is central to Putin’s plans for imperial expansion.

If Putin’s 2014 assault on Crimea was relatively straightforward, his recent full-scale attack on Ukraine already looks to have been a serious strategic error. Not only do Russian troops appear bogged down in a long, expensive war of attrition, but Putin has single-handedly gifted NATO with its greatest PR victory in decades. With Russia increasingly isolated, Finland and Sweden now look certain to join the US-led military alliance.

Putin has launched his attack on Ukraine he says to ‘protect the vulnerable’ minority in Donbas and to ‘free’ all Ukrainians from the yoke of the new Hitlers who rule them. The imperialist propaganda sounds all too depressingly familiar. Putin’s troops bombarding Mariupol and Kharkiv are no liberators; just as Bush’s bombs over Baghdad and NATO’s annihilation of Libya failed to liberate a single soul.

In Russia, more than 14,000 courageous anti-war protestors in over 100 different cities have taken to the streets to demand an end to Putin’s aggression. They’ve been imprisoned in their thousands; many tortured, most of them unlikely to be released anytime soon. They are condemned as “agents of western imperialism”.

Their courageous call for peace is a beacon for progressive forces across Europe to also come onto the streets and demand an end to this war.

A rising wave of militaristic jingoism has swept over much of the global north. Peace activists are instead slandered as “stooges” and painted as “Putin’s puppets” by establishment forces, but we must not be defeated. We must join forces with peace and social movements across Europe to stop this war.

Progressive forces must raise our voice for de-escalation - we must drown out the irrational, confrontational rhetoric and threats of increased military action.

Whilst the eyes of the world appeared glued to the scenes in Ukraine, let us also raise our voices for those who shelter from aerial bombardment in Yemen, in Syria, in Somalia, and to the men, women, and children of Palestine who endure the brutal, repressive realities of life under the apartheid Israeli regime.

Be under no illusion; a failure to deescalate this crisis will lead Europe once again to the brink of wholesale conflict and will undoubtedly deliver more death, more destruction, and an even deeper humanitarian crisis.

Every war must end at some point and diplomacy must restart. Rather than allow this war to escalate and for positions to harden still further, it is vital that the guns fall silent and the discussions recommence.

The prospect of Europe sliding once again into the imperialist wars of the past is horrifying and must be actively opposed. However, the solution to this escalation of military violence is not more violence.

The solution is political, based on the principles of common, collective security which protects the well-being of all peoples, and respect for human rights and international law. 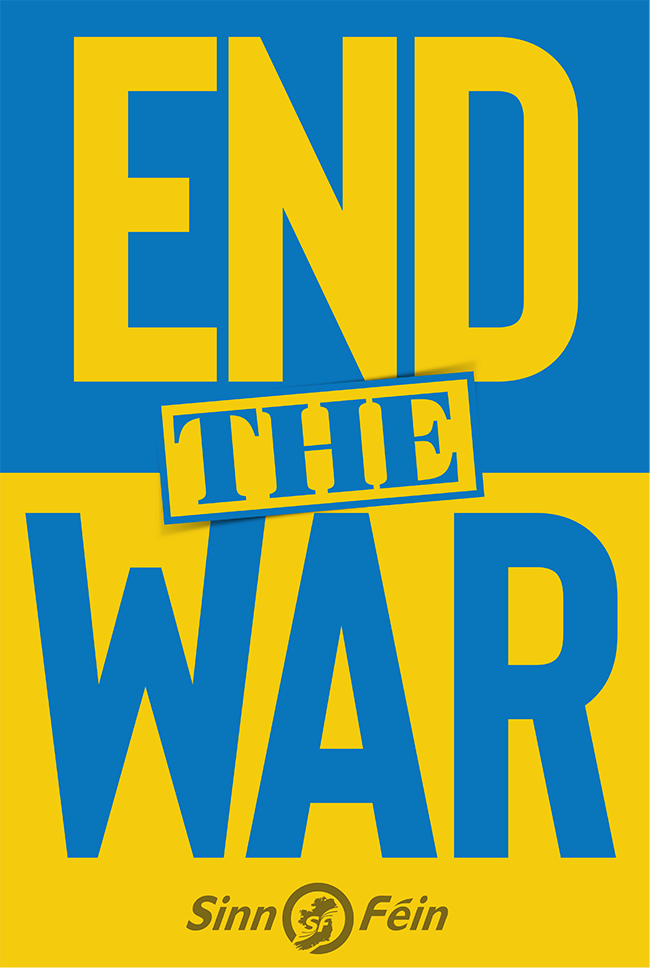 A modern-day escalation in armed conflict, increased militarisation, and the spectre of nuclear war is a powerful reminder yet again of the need to build a genuine multipolar geopolitical world, where peace is not merely the absence of war, but the existence of social justice.

We urgently need a security architecture that prioritises peace, social justice, and recognises the sovereignty of small nations and their right to peacefully determine their own future.

Across Europe, it is clear that the ordinary people want an autonomous European security policy that dismantles nuclear weapons, delivers demilitarisation, and nurtures peaceful diplomatic relations between neighbouring states.

Following a decade of austerity, rising inequality, and stagnating living standards, the ordinary people of Europe want peace and social justice, but European political leaders are trapped in a deepening military-industrial complex.

Worsening the dynamic of escalation, the EU has eagerly transformed itself into a military bloc, pledging €500 million for military equipment for Ukraine. Nowhere is this change of pace more visible than Germany, where the government has committed €100 million in new military spending, and raising its defence budget above 2% of GDP for the first time since 1945.

This increase in military expenses, fuelled by the increased military tensions and war-mongering rhetoric is totally unacceptable as ordinary workers and families face into economic hardship yet again.

Valuable resources that could help eradicate growing inequalities across Europe must not be spent on the prospect of a prolonged war - for as always, the unbearable costs of war are always paid by the working classes.

Speaking in 1914, James Connolly described war as “the most fearful crime of the centuries. In it the working class are sacrificed that a small clique of rulers and armament makers may sate their lust for power and their greed for wealth!”

The arms industry must no longer enjoy impunity, making billions in revenue while destroying our planet and depriving our unborn generations of their right to a peaceful future.

As we face the unstoppable march of climate breakdown and the stagnant symptoms of a decaying capitalist system, ordinary citizens demand that our collective energies are deployed positively in order to build a better world.

We must focus our energies on achieving climate goals, leading a socially just transition, rebuilding our fraternal relationship with the global South, and always prioritising peace and social justice. In the words of Anatoli Ulyanov: “We need to connect and fight the exploitation which holds us back, and the inequality that quells the full bloom of all human beings.”

Invasion, occupation, weapons and wars should belong to the past. The future of Europe, and humanity, must be peace!