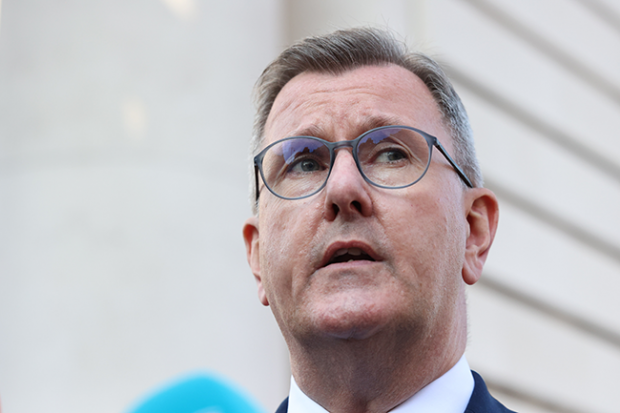 “You know we’re flying here, don’t ya?!” whispered one of my oldest friends and comrades, Packy Leonard, as we were tallying the South Belfast boxes at the recent Assembly election count.

I nodded, having realised that the indications were positive and that Deirdre Hargey was on course to at least match the 7,000 plus votes that Máírtín Ó Muilleoir had received in 2017.

What had particularly raised my expectation was firstly the obvious increase in transfers coming to Deirdre and, more importantly, the notable smattering of first preference votes in boxes which I knew were from traditionally Unionist areas.

That was remarkable and helped ensure that Deirdre would not just match our 2017 vote, but in fact add an extra 2,000 votes on to our tally.

However, the big story of the Assembly election was Sinn Féin winning the most first preference votes and seats, thus democratically entitling Michelle O’Neill to the position of First Minister.

As one BBC correspondent put it, this was never meant to happen. Since the election, I have heard a raft of anecdotes about voters from a Unionist background declaring to our representatives that they had voted Sinn Féin for the first time, either as their first choice or as a preference. When First Minister designate Michelle O’Neill attended the Balmoral Show in the days after the election, she was swamped by people of all persuasions who wanted to express their good wishes.

I experienced this at first hand myself when I attended an event at an East Belfast church last week. I was struck by the openness and healthy curiosity which the attendees displayed when discussing the future of this place we all call home. Afterwards, one lady did indeed declare to me that she had given her vote to Sinn Féin for the first time. Of course, none of this can be overstated or taken for granted.

The brand of political Unionism represented by the DUP now effectively holds the Good Friday Agreement political institutions to ransom through their refusal to appoint a Speaker and convene the Executive.

Incredibly, it now appears to have again placed its trust in British Prime Minister Boris Johnson to breach international law through unilateral action on the Brexit Protocol, to remove the ‘Irish Sea Border’. 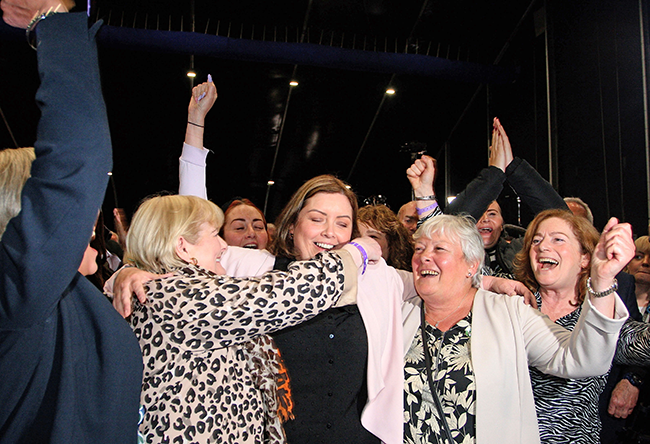 • Another Poll Topper: Deirdre Hargey is congratulated on her remarkable result in Belfast South

The irony is not lost on anyone, except themselves, that the DUP, having campaigned for the hardest Brexit possible, now finds itself victim of its own political machinations.

At present, Jeffrey Donaldson has the impossible task of leading the DUP from within while Jim Allister and Jamie Bryson lead it from without.

The ‘Anti-Protocol’ rallies which were organised in the run up to the Assembly election provided a platform for the most extreme within Unionism. Speakers invoked the spirits of Carson and the 1914 Larne gun runners. The DUP played second fiddle to Jim Allister and, at some rallies, Mr Allister had to intervene to stop the crowd from booing the DUP speaker.

The leader of the Ulster Unionist Party, Doug Beattie, realised that the toxicity of these rallies could damage his party’s electoral potential and publicly announced that he would no longer be taking part. The DUP carried on.

There is a real danger in the time ahead that those who, having been attempting to heighten the political atmosphere, including those who planned the hoax bomb attack in the grounds of Holy Cross church back in March, could be prompted, with the influence of the rhetoric of the Anti-Protocol rallies ringing in their ears, to carry out further attacks.

As we in the North, and Belfast in particular, face the prospect of the first full marching season in three years, the potential exists for a difficult few months. Without a complete turnaround, it is difficult to see how the DUP can come off the hook it has placed itself on.

This would mean a prolonged period of political stasis and the opening up of a dangerous vacuum. Jeffrey Donaldson and the rest of the DUP leadership know this.

It reminds me of the Sandra Bullock movie ‘Premonition’, where the lead character wakes up each morning to witness the same car crash time and time again until she can figure out a way of breaking the cycle.

In Jeffrey Donaldson’s case however, he has exited the driver’s seat and left the door wide open for someone else to jump in and slam the brakes.

I have every faith that the positive and progressive forces within the Unionist community will accept that challenge. •

Conor Keenan is a Belfast based Sinn Féin activist