'This is the big one' 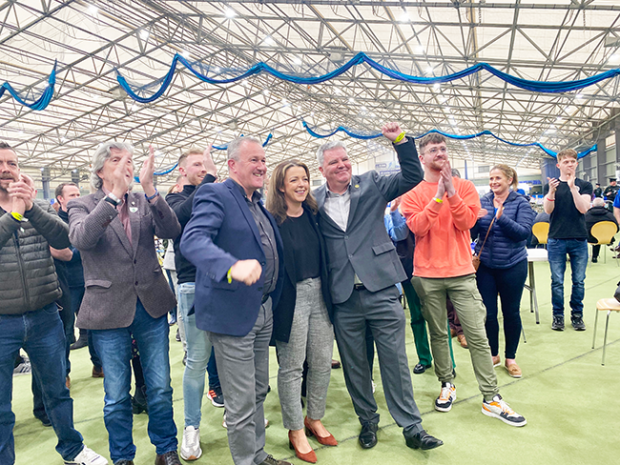 • Conor Murphy, Liz Kimmins and Cathal Boylan are elected for Newry and Armagh after topping the poll

“I think we’ll do it this time”

“It’s our best chance in a lifetime”

“I’ll definitely be out for you this time”

“This is the big one”

These were the sentiments on the doors I visited in South Armagh and I know words to this effect were being spoken all across the North in the weeks preceding the Assembly election.

The hope, positivity, and buoyancy of the nationalist electorate is difficult to capture in words, but there was a collective recognition that this had the potential to be a watershed election.

And when the votes were being counted on 6 May, it quickly became clear that this indeed would be recorded as a seminal moment in Irish politics.

In the days following the election, well-wishers spoke of a collective achievement. It wasn’t a case of ‘yous did well’, it was ‘we did well’.

And while some of the media spoke about Sinn Féin’s ‘victory’, the sense I got was not of a victorious electorate which had beaten its rivals, but a confident one.

The people who have put their faith in Michelle O’Neill to lead the Executive are confident that she will be a leader for everyone, someone who will work to enhance quality of life for everyone, regardless of their constitutional preference or background.

I also think that a proportion of the people who didn’t vote for Sinn Féin also believe, despite not supporting the party, that Michelle O’Neill will be a progressive, fair, and capable First Minister. 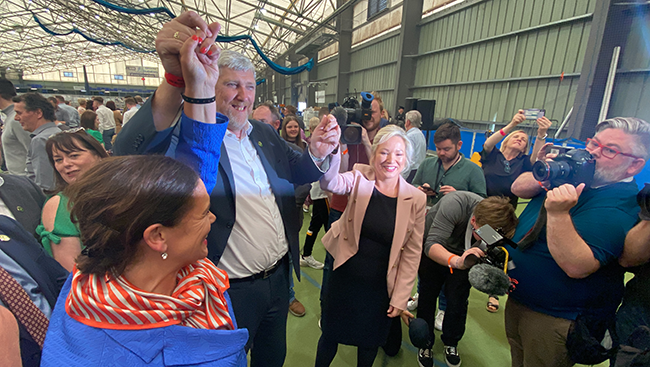 That is not to underestimate the reservations of those from a Unionist background or to minimise the discomfort this section of our community might feel regarding a republican First Minister. The legacy of the past remains unresolved and there is much work to be done to heal our community, but that is for another article.

In the immediate term, delivering for the people of the North means dealing with the current cost of living emergency, enhancing healthcare, and ensuring the island economy is protected from the impact of Brexit.

Sinn Féin has proposals to address these and all of the other issues affecting citizens in the North. Of course, the fact that the DUP, shamefully aided by the Johnston government, is blocking the formation of the Executive, means that these proposals cannot be implemented.

So, in the short term, the establishment of an Executive and Assembly which delivers must be the first priority. However, in order to make an enduring difference to the life chances and experiences of the people who live in the North and positively impact on the whole island population, a lasting, democratic solution must be sought. It is not enough to make ‘Northern Ireland’ work.

This fundamental solution can only be brought about through constitutional change. The ability to do so is guaranteed by the Good Friday Agreement through the referendum mechanism.

At some point, and I hope the day comes sooner rather than later, I believe the DUP will go back to Stormont. There isn’t much of a future for them in a direct rule scenario, and the rest of the parties and citizens North and South would also rightly be vehemently opposed to this.

The fact remains however, even with a fully functioning Executive and an Assembly full of members doing their best for their constituents, until the influence of the British government is removed from the North, neither citizens nor politicians have the power to introduce the change that is required. 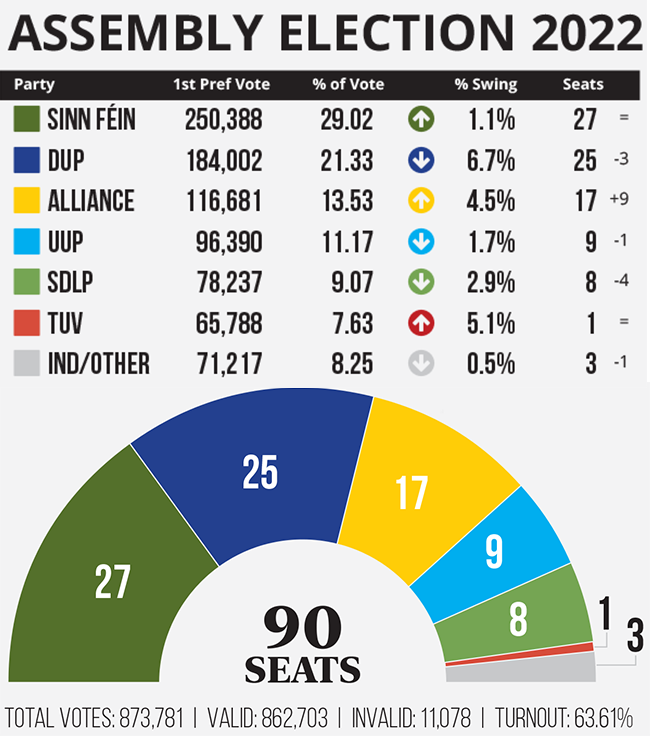 There are many policy areas which are not devolved to the Assembly; finance, foreign affairs, social protection, and investigations into killings which occurred during the conflict are all key areas which impact on people’s lives and over which the Assembly has limited jurisdiction.

The North does not have adequate fiscal control. There are a whole raft of complex fiscal rules which impede the Executive from developing bespoke fiscal responses for the challenges and opportunities which exist in the North.

The preclusion of the Executive to manage its own money impacts on every other aspect of policy development. Addressing the current crisis in healthcare, providing adequate and appropriate education, and saving people from the Tories’ brutal cuts to social protection can only be done on the solid foundation that Irish Unity, incorporating self-determination, can provide.

Moreover, the planning that is required for the fullest development of the economy, healthcare, climate change, tourism, and other areas must be all island in nature.  Particularly in the planning and delivery of healthcare, the island of Ireland has the critical mass necessary to develop the workforce and specialisms that our citizens need, two separate jurisdictions do not.

Delivering in the here and now and planning for a new united Ireland are two sides of the same coin. Success in both objectives will be the legacy of this historic election – time will tell if it really was ‘the big one’. •