Michelle O'Neill – First Minister for all 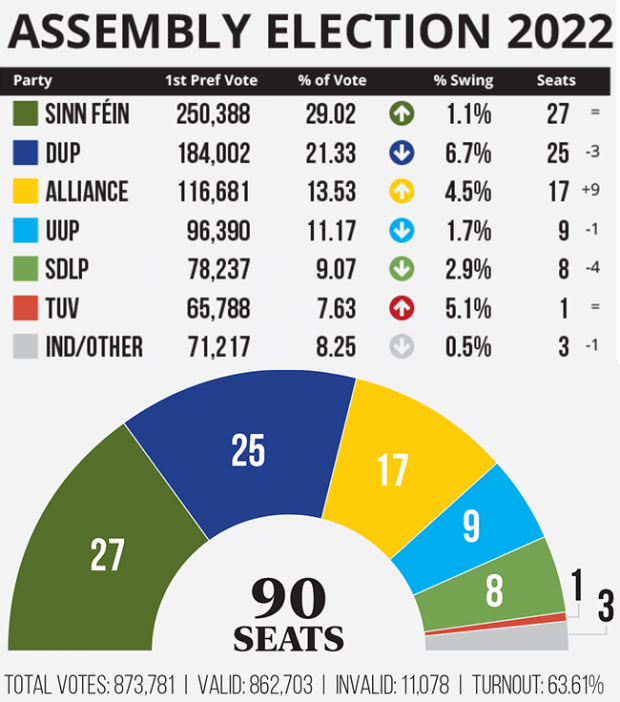 When the news spectacularly confirmed that Michelle O’Neill was to be the North’s First Minister, I went to the republican graves in Milltown Cemetery in Belfast.

On such momentous occasions, I find myself needing to be in the company of those I knew, particularly from the Short Strand, who were in the IRA and who died young, long before their time – for the freedom of Ireland.

The last time I journeyed emotionally like this to my youth was the day the IRA called its ceasefire in August 1994.

Then, as now, I wanted to be still in the memory of those I played with on the streets of the Short Strand, as a boy in short trousers, and who died on those streets – barely out of short trousers themselves.

Then as now, I ran my fingers over the engraved names of the Volunteers on the County Antrim monument and recalled their youthful faces.

Then as now, I thought of those IRA Volunteers I knew from outside the district, whose lives were cut short for the freedom of Ireland. 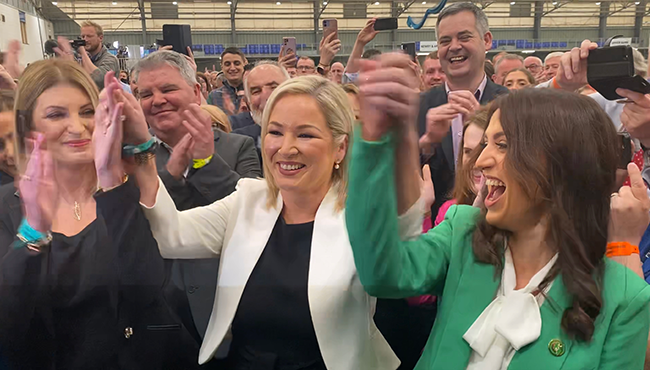 Then as now, I thought of the time I visited the hunger strikers in the prison hospital or spent time with in Long Kesh and Crumlin Road gaol. I stood at the graves of Bobby, Joe, and Kieran and recalled the year of ’81 – a hunger strike that changed everything and came to define the selflessness and determination of a generation and its successors in young Sinn Féin.

I thought of those Sinn Féin elected representatives shot dead and injured – the brave custodians of the people’s democratic right to not only vote, but to vote for a party campaigning for Ireland’s freedom.

I thought too of all those who died in the conflict and their families and the reality that grief knows no boundaries no matter the cause, no matter the uniform.

I thought of those from the Short Strand who spent years on the blanket protest, in jails in Ireland and England, lived their lives ‘on the run’ from their families, and those who were maimed for life and injured in the conflict.

And I thought out of this resistance the people remained steadfast and elected three Sinn Féin councillors, Joe and Mairead O'Donnell and Niall O Donnghaile, who respectively held posts as mayor and deputy mayor of Belfast and Seanadoir in the Oireachtas.

The people of Ireland and particularly the people of the North, on all sides, have paid heavily for the disaster of Partition. The violent character of an Orange state given untrammelled power displayed itself immediately and often. None more so than on the streets of the Short Strand/Ballymacarrett area.

And at ceremonies a few weeks ago, I was reminded of that nascent and brutal state violence. The National Graves Association engraved a new name on its County Antrim Memorial, that of Volunteer John Walker, and Gerry Kelly MLA unveiled a memorial at the Garden of Remembrance in the Short Strand to this Volunteer.

He was 16 years old when, in April 1922, he was defending the people of Ballymacarrett area from one of many armed attacks on them by the armed forces of the state – British and unionist.

He was shot dead during a sustained three day siege of terror in the district during which several people, men, women, and children, were killed and injured. Gunmen, in uniform and civilian dress, roamed the district in daylight, strafing the streets with gunfire, shooting and bombing civilians on sight while ransacking homes.

And during this state-led pogrom, 34 people from the Short Strand were killed and over 70 were injured in a community of 8,000 people who were largely defenceless as the Free State had gone its own way and was bloodily pursuing the IRA and Cumann na mBan, upholders of the 1916 Republic. 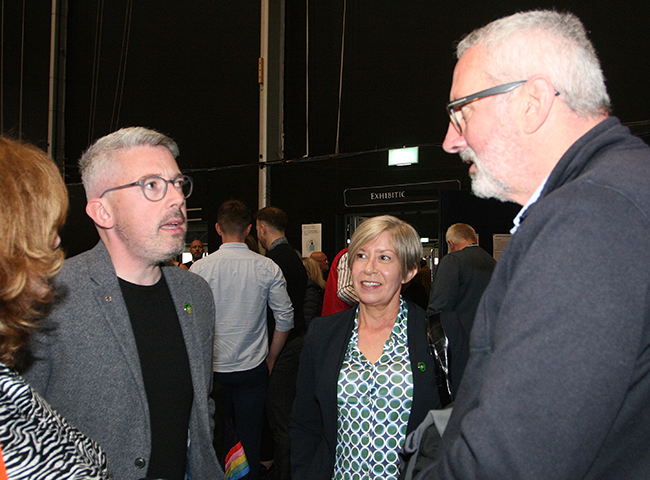 100 years after he was shot dead, John Walker was remembered by his family and a community who did not know him, but knew enough about him to pay respect to him for his bravery in the face of overwhelming odds.

Since Partition, nationalists faced overwhelming odds in their opposition to the all-powerful Unionist regime, which casually used its formidable power – military, political and economic – to dominate and control the lives of the nationalist people.

It would have been understandable had the nationalist people succumbed to the relentless military and political aggression of the Unionist sectarian state.

Many emigrated, were driven out in large numbers and made up over two-thirds of the total who left for places like North America.

Those who remained would passively resist the humiliations, awaiting justice. They had a vision of a United Ireland. State terror did not deter them. At times, nationalists opposed the state peacefully and at times, republicans organised armed campaigns against it.

It became clear with Bobby Sands’ victory in Fermanagh and South Tyrone, with the Sinn Féin voice emerging in the councils in the 1980s and 1990s. All leading up to the truly historic victory last Thursday 5 May in the Assembly elections when Sinn Féin commanded a quarter of a million votes, elected 27 MLAs and a republican was entitled to become First Minister. 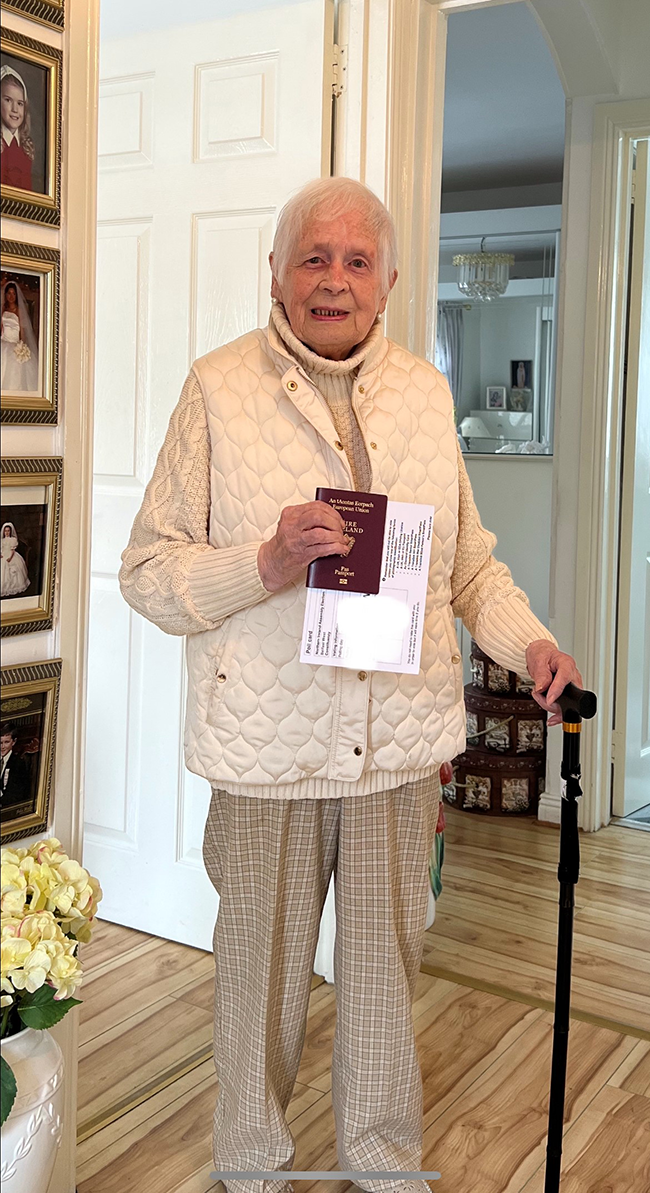 •  Alice Keenan, on her way to the polling station

Two republicans who would have really enjoyed the sensational results are Martin McGuinness and Bobby Storey. It could not have happened without their outstanding leadership.

In the course of the election campaign, Sinn Féin President Mary Lou McDonald TD caught the mood when she said that there was no post in the land not available to everyone. It dovetailed in to the momentum generated behind the ‘one big idea’ of the election – a Sinn Féin First Minister.

It was stunning, hypnotic to watch as Unionist misrule in the form of the DUP collapsed and Sinn Féin and the Alliance Party consolidated and expanded support for a functioning power-sharing Executive and Assembly within the all-Ireland framework of the Good Friday Agreement.

The election result reflects the changed society based on power sharing, equality, and respect which slowly emerged from the politics of the Good Friday Agreement.

The DUP supported Conservative Party right-wingers for the hardest Brexit possible on the basis that leaving the EU would increase the gulf between the North and the South, both of which have been moving closer together as a result of the peace process and the Good Friday Agreement.

Brexit and its imposition on the people of the North, who voted against it, accelerated the demise of the Unionist parties, and brought centre stage the age-old aspiration of a United Ireland.

And at the heart of that demise was the determination of the nationalist people of the North – a 100 year old determination, which could be encapsulated in the title of Gerry Adams’ last book, ‘Never Give Up’.

It was reflected in the quiet determination of Alice Keenan, now in her 93rd year. She was born seven years after Partition and endured discrimination in employment, housing and British and Unionist violence.

It didn’t break her. And there she was smiling on her way to the polling station, with a walking stick in one hand and her Irish passport and voting card in the other, going to claim her ballot paper, going to vote and elect, Michelle O’Neill, as a First Minister for all. •

Jim Gibney is a republican activist and former political prisoner