The hollow populism of AAA/PBP 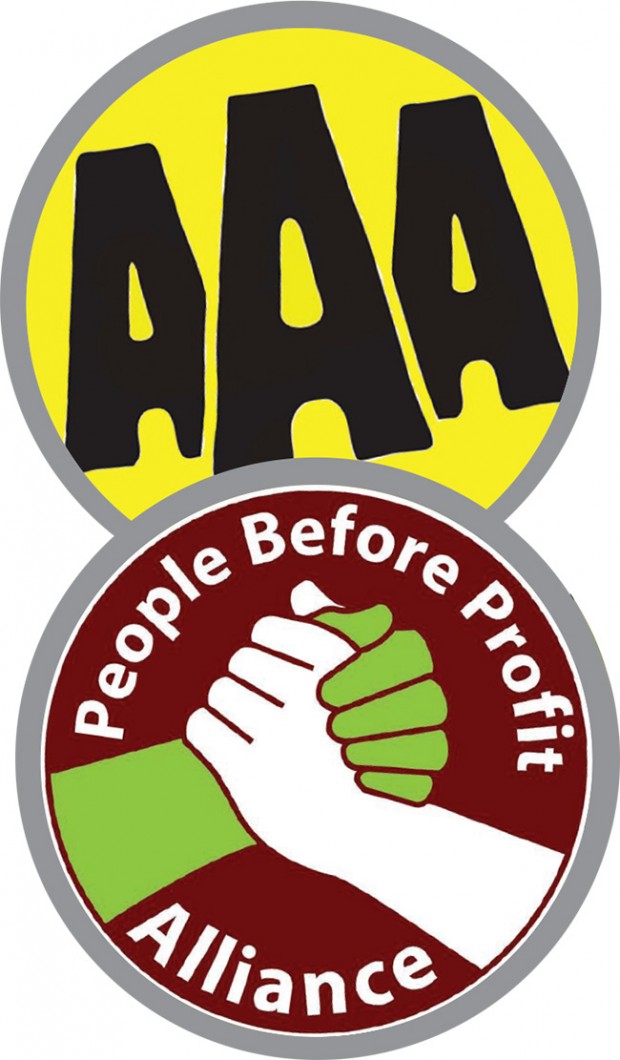 Deputy Mick Barry rejected an Irish unity referendum, speaking for the AAA/PBP – not just the AAA without the PBP in Dublin, Derry or Belfast

THE Anti-Austerity Alliance/People Before Profit (AAA/PBP) has set its sights firmly on Sinn Féin, North and South, above all those on the Left who do not agree with their Trotskyist worldview.

Their ‘broad front’ began in the run-up to the 2015 Assembly election.

The AAA is the creation of the Socialist Party and the PBP of the Socialist Workers’ Party, longstanding rivals in ultra-Left politics. This coming together of the two parties’ flagships in the interests of consolidating their small electoral gains for the purpose of state funding and speaking rights in the Dáil (including at Leaders’ Question Time) took some by surprise, particularly after their experience in the short-lived United Left Alliance.

This marriage is not without its problems, of course, particularly for the PBP in the Assembly elections where it is mounting another bitter campaign of vitriol and misinformation against Sinn Féin in particular.

Just hours before Martin McGuinness announced he would not be contesting the Assembly election, People Before Profit Derry posted a graphic on Facebook describing McGuinness and Arlene Foster as “Partners in Crime, Corruption and Privatisation” in a post about the Renewable Heat Incentive financial scandal, making serious and unsubstantiated charges against the First and deputy First Minister.

PBP supporters claim that they are separate from their counterparts in the 26 Counties and therefore cannot be challenged on the bizarre neo-unionist politics of their AAA/SP partners. (The SP opposes a referendum on the reunification of Ireland and seeks “a socialist Ireland as a free and voluntary part of a socialist federation of Ireland, England, Scotland and Wales”.)

The fly in this Trotskyist ointment is that the PBP candidates in the Assembly election appear prominently on the PBP website alongside the PBP TDs. And AAA TD Paul Murphy of the Socialist Party has openly declared in a tweet to followers on 18 November 2015 that he and People Before Profit TD Richard Boyd Barrett “have sent letter to polling companies seeking #AAAPBP to be correctly treated as one entity” (our emphasis). 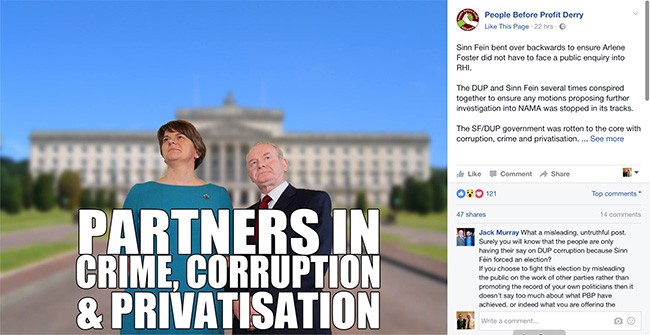 • People Before Profit Derry had to hastily pull this post after complaints, especially in Foyle

In a Dáil debate on Brexit which discussed a possible Irish unity referendum, AAA/PBP Mick Barry TD firmly rejected the idea, equating all Protestants with unionists by asking:

“Does anyone believe that 800,000 Protestants could or should be coerced into a united Ireland against their will?”

Deputy Barry was speaking for the AAA/PBP – not just the AAA without the PBP bits in Dublin, Derry or Belfast.

The PBP campaign in the North is focused on peddling half-truths and attacking Sinn Féin over austerity issues caused by the Tory British Government at Westminster, which controls the North’s finances.

“Sinn Féin and the rest of the parties at Stormont should tax the rich and use that money to raise the standards of living for those at the bottom of society.”

An admirable position but Carroll intentionally ignores the fact that Stormont does not have any tax-raising powers. While Sinn Féin has relentlessly been calling for the transfer of fiscal powers from London to Belfast, the PBP were nowhere to be seen.

The unwanted partition of Ireland which forced hundreds of thousands of nationalists into an apartheid state is apparently irrelevant to the Trots except when PBP act as a lodestone for all and sundry opposed to Sinn Féin, especially “dissident republicans” whose own election forays challenging Sinn Féin have fizzled and faded. That the SWP/PBP opposed the Good Friday Agreement and called on citizens to vote against it in the referendum only adds to its street cred amongst this base. 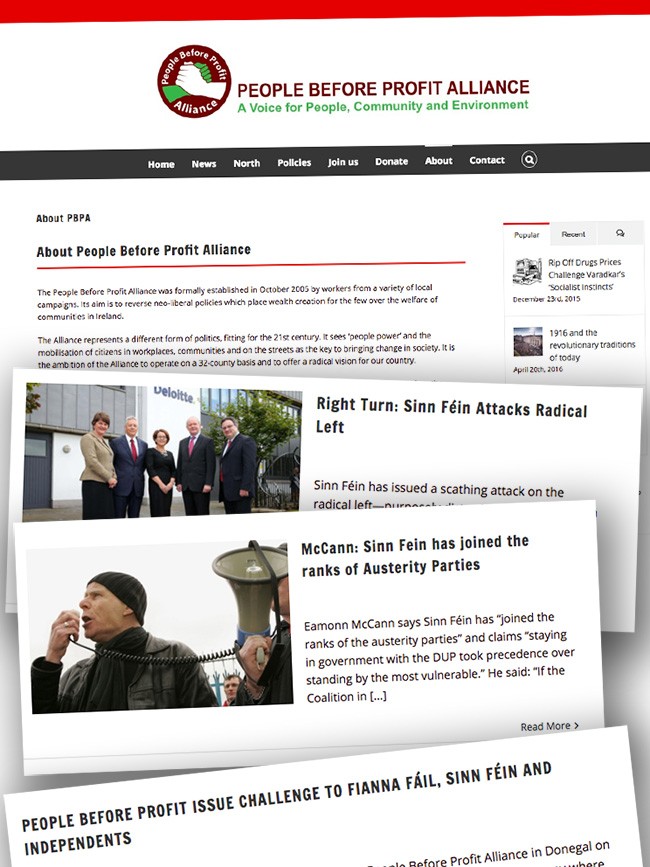 So why does the AAA/PBP spend an inordinate amount of time attacking Sinn Féin?

Writing in An Phoblacht in June 2015, Eoin Ó Broin noted that People Before Profit’s Eamonn McCann “suffers from that Trotskyite pathology of always having to attack your more moderate rival on the Left, irrespective of whether the facts support your case”.

This is because, in PBP’s analysis, “Sinn Féin is not a potential ally on the Left but the main obstacle to the growth of the Socialist Workers’ Party and its electoral alliance, People Before Profit”.

Commentator Donal Lavery, writing on the Jude Collins website, has summed up the problem for the PBP’s credibility on a united Ireland:

“I want People Before Profit to mention explicitly in their election literature that they stand for the reunification of the Irish people as a matter of priority at any given time in our politics. 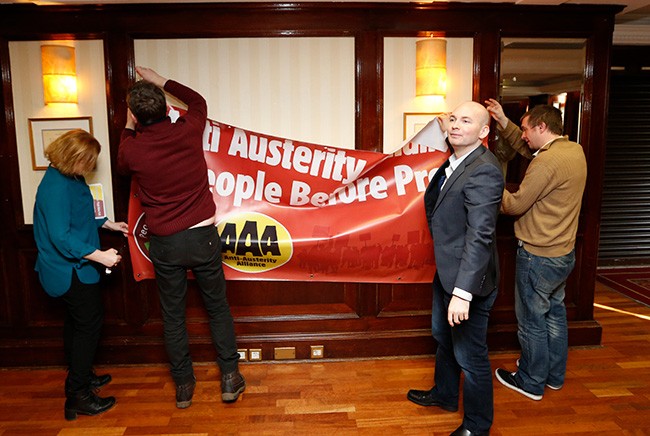