No return to the status quo 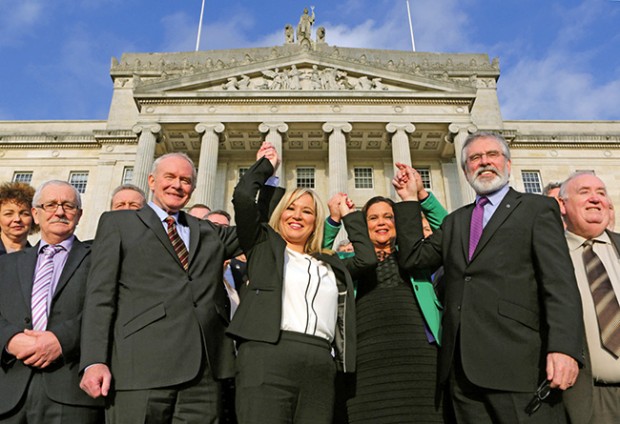 CORRUPTION, SCANDAL, disrespect and bigotry have no place in our society and in our power-sharing institutions.

That is the clear, unambiguous message we must send in the Assembly election on 2 March.

That is why Martin McGuinness took the stand he did and called time on the arrogance of the DUP.

For over 10 years as deputy First Minister, Martin worked tirelessly to make the political institutions work and ensure that they deliver for all our people – unionist, nationalist and everyone else in our society.

He took a leadership role to promote equality, respect and reconciliation.

His record, his commitment and the limitless energy that he brought to this process is beyond question.

During that time he has faced threats, a lack of respect, and a failure by the DUP to reciprocate his efforts.

He persevered because it was the right thing to do.

I have worked closely with Martin throughout that time. It has been my privilege to learn from him and I want to sincerely thank him for the selfless service he has given to the people of Ireland.

We will continue to confront the arrogance of the DUP who have again treated the institutions and sections of the community with contempt.

The DUP have displayed disrespect towards women, the LGBT community, ethnic minorities, the Irish language and Irish identity. That has diminished the credibility of the institutions and political process.

But we will not tolerate the arrogance of and disrespect from the DUP. 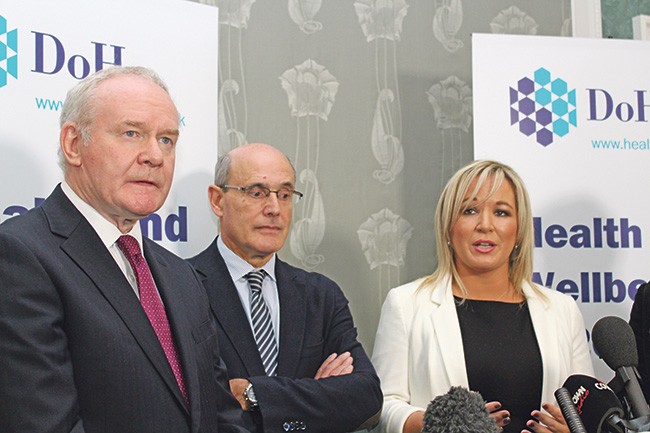 Sinn Féin and the public will not tolerate financial scandal, incompetence or waste of public money.

The institutions can function only with the support of the people and can operate only on the basis of equality and respect.

Sinn Féin will only be part of institutions that work and deliver for all in our community.

If something is broken, you stop and fix it. That is the Sinn Féin approach.

We have honoured all agreements. We have striven to make these institutions work. We want them to work to the benefit of every citizen.

Martin McGuinness has acted at all times with integrity, with dignity and has taken personal and political risks to build a process of reconciliation.

If we are to return to the institutions there must be real, meaningful and progressive change.

There must be respect and equality for all sections of our society. We are all entitled to the same rights, regardless of religion, the language we speak, our nationality, the colour of our skin or who we love.

The institutions must operate to the highest standard, with no place for arrogance or malpractice.

There must be integrity and transparency in government and effective measures established to hold those guilty of wrongdoing to account.

In this, the two governments (and especially the British Government) have particular responsibilities as joint and co-equal guarantors of the Good Friday Agreement. Their hands-off stance over many years has encouraged political unionism down the path it has taken.

This is unacceptable. It needs to change.

The British Government must honour its responsibility for equality and dealing with legacy issues.

The Irish Government has a responsibility to hold London to account.

Sinn Féin will insist they finally act on their responsibilities and we will continue to demand and campaign for a Border poll to enable the people of Ireland to have – for the first time – their say on their future. 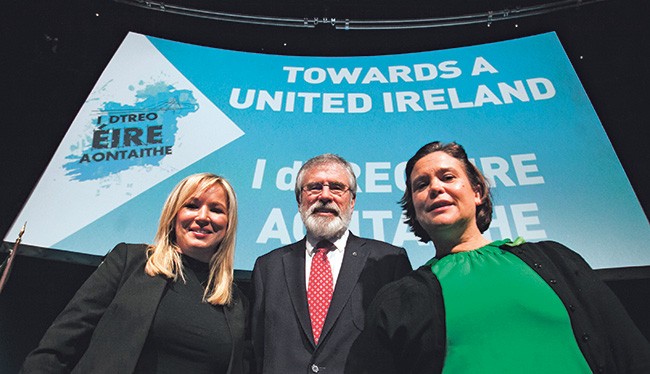 That is what will take us all forward as a society towards a new Ireland, an agreed Ireland.

For now, it is over to the people to have their say.

And while I can understand the frustration of citizens at recent events, it is my strong belief that this is one of the most important elections we will ever face.

We now have an opportunity to realise what Martin worked so hard to build. Because what we win in this election, and in the negotiations that follow, we win for all our people.