• Britain does not want to deal with its past

I WAS WITH other family members in west Belfast to hear about the current situation with the Stormont House Agreement and how families who lost loved ones during the conflict are yet again abused by the British state. Britain does not want to deal with its past.

The British Government are using what they call “national security issues”to allow them to hold on to documents and files which they think are too important to give to families of those murdered or injured during the conflict.

And it does not matter to them if your son, daughter, father, mother, was IRA, UDA, UVF, UDR/British Army, RUC, INLA, IPLO, Ulster Resistance, or civilian – Protestant, Catholic or Dissenter.

Every single family is being refused the truth because of British “national security interests”.

When we talk about legacy issues, dealing with the past or national security we lose sight of the human beings we are actually talking about. The victims are faceless and nameless. They have no family and left nobody behind that mourns for them every day. They do not exist.

This brings me to my own personal case, which I would like to share with you as it has been on my mind recently.

I call it “The Ticking Clock Dilemma”.

On the one hand we have the British Government steadfastly refusing to tell the truth about its involvement in the conflict here for fear it may reveal terrible, dark crimes committed in its name by the British Army, the RUC, the UDR and MI5 as well as its gangs of agents recruited to wage war as a counter to the IRA campaign.

On the other hand of The Ticking Clock Dilemma is my Dad, Sam.

Sam is 86 years of age and I love him to bits. On 4 December 1971, my Dad’s step-father, Philip Garry, was murdered along with 14 other innocent men women and children in McGurk’s Bar in the New Lodge area of north Belfast. He was having a quiet pint when the bomb exploded. My grandfather was 73 years of age at the time of his death. 73.

Within 12 hours of the murders in McGurk’s Bar, the RUC made up the story that my grandfather was a bomber, an IRA man who along with the others blew themselves up as part of an IRA “own goal”.

We have been waiting for nearly 44 years for the authorities to tell the truth. 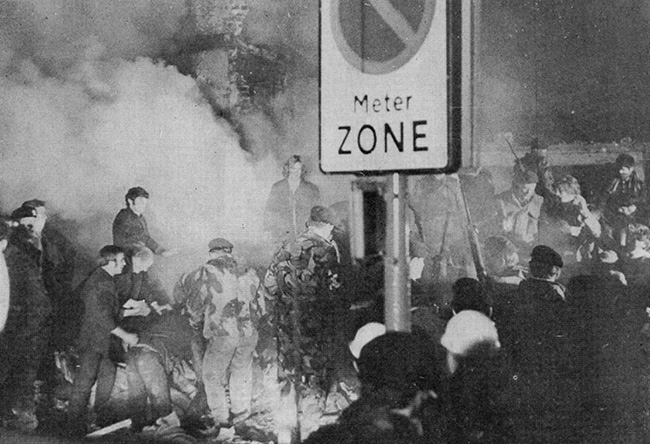 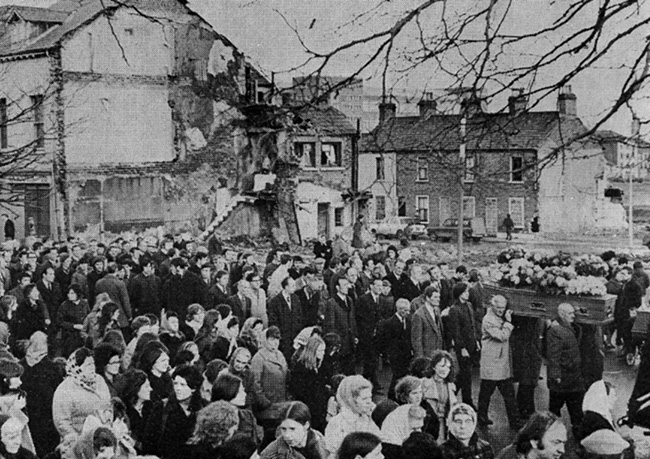 The Ticking Clock Dilemma for my Dad is this.

On Friday 24 October, the Chief Heart Consultant in the Royal Victoria Hospital told Sam that he has only one artery to his heart left working and it is being kept open by a small metal tube called a stent. The rest of his arteries have all collapsed and cannot be repaired. They sent him home from hospital, saying there was nothing more medically could be done for him and it was now in God’s hands how much longer he had left to live. I cried when he told me as now I know my Dad is living on borrowed time.

My Dad, along with other McGurk’s Bar families, have taken former PSNI Chief Constable Matt Bagott and the present Chief Constable to court to overturn a report by the failed and discredited Historical Enquiries Team which was sanctioned by the PSNI. The HET’s report lied and said that the RUC did nothing wrong in December 1971 when they blamed the IRA for the atrocity and not the real culprits, the UVF.

This is despite a mountain of evidence to the contrary discovered and presented by our campaign to the police from the state’s own files.

The McGurk’s Bar case is one of the first cases of the British state using counter-gangs to try and defeat the IRA and to deter the nationalist community from supporting the IRA. The control of the narrative in the aftermath which presented the bombing as an “own goal” was a classic psychological operation. It is a psychological operation which continues to this day.

The McGurk’s Bar fell into a timeline. It did not explode in a vacuum.

The British want to see the clock tick longer and further into the future. My Dad, Sam, does not have the luxury of time. Something has to give – either my Dad’s heart or the British state.

The blockages in my Dad’s heart can be compared to the blockages put in the way of the truth. We all must do our best to unblock them. Sam needs it before it is too late. Thousands of other family members need it too.