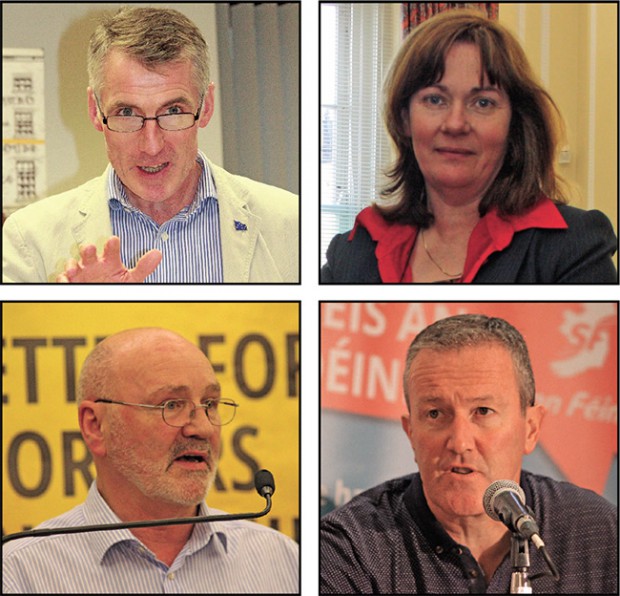 THE Sinn Féin leadership has invested significant effort in recent years in building relationships with all sections of civic society in the North, and particularly with the regional trades union movement.

During the Stormont talks process, and as the final phase of intensive negotiations occurred, the negotiations team kept in regular contact with the leadership of the NI Committee of the Irish Congress of Trade Unions and representatives of the main unions based in the North.

Against the backdrop of the ongoing austerity crisis in the Six Counties, and the election of a majority Conservative British Government in May, the local labour movement has consistently expressed deep concern about the implications for public services, job losses and increased inequality.

The persistent refusal of both the British and Irish governments to recognise the special circumstances of the Six Counties has increased trades union concerns about the economic, financial and other issues which were under negotiation, and what might emerge. Corporation Tax and implications of the Voluntary Exit Scheme for the viability of the public service have been specific concerns.

On Friday 20 November, a party delegation led by myself and including MLAs Jennifer McCann, Conor Murphy and Alex Maskey met key trade union officials from North and South in Dundalk for a comprehensive discussion on the Stormont Agreement Implementation Plan.

The party representatives explained that the extra half billion pounds in new money and other flexibilities will be invested in public services and the local economy. Corporation Tax was discussed in detail. The role of Eileen Evason’s independent panel in bringing forward recommendations on how the dedicated fund for vulnerable and working families will be maximised was also addressed.

Sinn Féin reiterated its opposition to the privatisation of services and deregulation. The party representatives set out our determination to use the political institutions as a bulwark against austerity, to protect public services and jobs, and to attract further investment and grow the economy.

The Sinn Féin delegation agreed with the trade union leaders that we will continue working together to oppose austerity, North and South.