Britain fails to honour its commitments on truth and justice 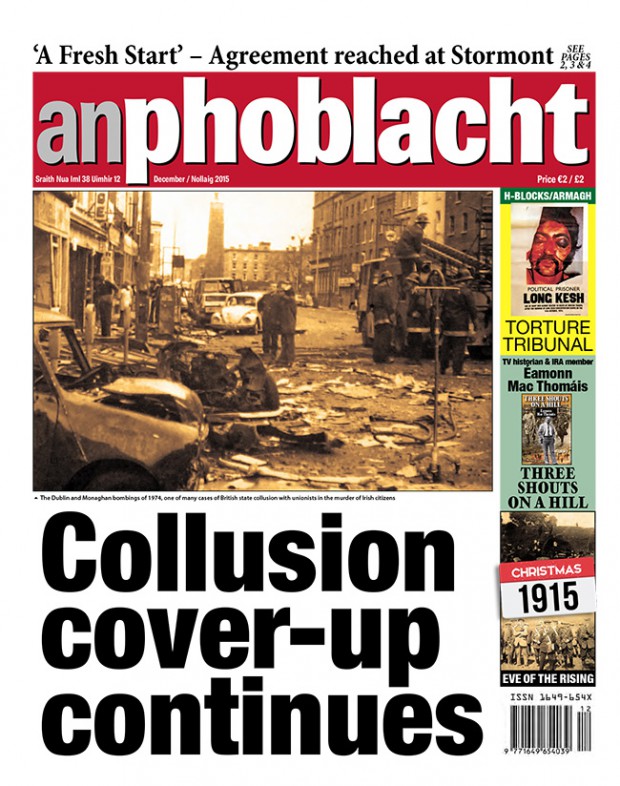 • The Irish Government failed to confront the British over their failures to deal with the past, including the Dublin and Monaghan bombings

DESPITE PROGRESS being made on a range of issues in the ‘Fresh Start’ agreement at Stormont, the British Government continues to fail to honour its agreements on addressing the legacy of the past.

Throughout the ten weeks of negotiations which led to the agreement, British Secretary of State Theresa Villiers and the British Government repeatedly used ‘national security’ as an excuse to deny relatives of those killed and injured in the conflict access to truth and justice.

The Sinn Féin negotiating team repeatedly challenged Villiers and her government on its responsibilities on legacy issues, including commitments made in previous agreements.

The Irish Government failed to confront the British over their failures to deal with the past, including its refusal to hand over files on the Dublin and Monaghan bombings and to hold full inquiries into the Ballymurphy massacre and the murder of Belfast solicitor Pat Finucane.

Human rights organisations and groups representing victims also called on both governments to honour their commitments to victims.

As a result of the failure of the British Government to meet its responsibilities on the past, it was not possible to reach agreement on legacy issues in the resulting agreement.

The failure of the British Government is rooted in its dogged refusal to honour its commitment to full disclosure of information to victims – a commitment made in the Stormont House Agreement last year.

The British Government continues to cite ‘national security’ as a reason for placing a veto on what information should be released to families of victims.

In doing so they seek to curtail and control the information, covering up the role of their armed forces, MI5 and MI6, and state agents in murders.

Some of the documents involved relate to incidents which happened four decades ago and could not possible present any threat to national security in the present day.

“What conceivable national security concerns can exist for events, many of which occurred 30 and 40 years ago? What national security interests are now being served by a British Government refusing to unlock the files to the Dublin and Monaghan bombings or the actions of the Force Reconnaissance Unit, or the role of Brian Nelson and other agents?”

Some of the material the British Government is now trying to restrict access to appeared in the public domain at the time and is available in newspaper archives such as that held in the Linen Hall Library and Public Records Office. 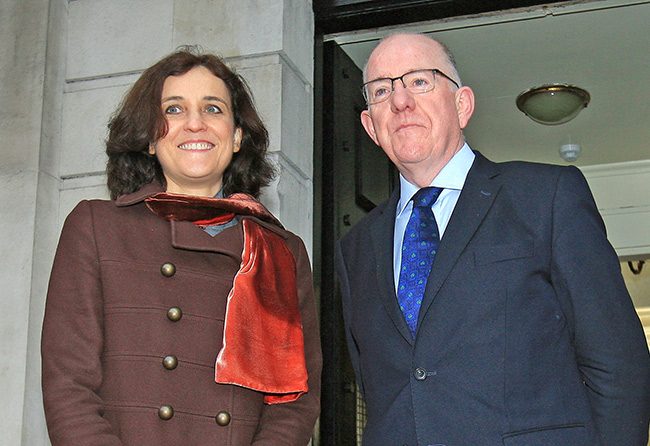 Sinn Féin could not agree to a proposal put forward by Theresa Villiers that would allow the British Government a veto on information as it did not meet the needs of victims and went against the principles of the Stormont House Agreement.

During the negotiations, the British Government claimed that releasing information on the past would not only risk ‘national security’ but could also place place lives at risk.

However, under Article Two of the European Convention of Human Rights, no information could be released which would identify and endanger an individual.

The British Government’s refusal to agree to release information ignores the fact that in the Stormont House Agreement it was agreed that all mechanisms relating to disclosure must be Article Two compliant.

The Irish Government also failed in its responsibilities by not challenging the British Government over its refusal to adequately address the past.

“The Irish Government has not asserted its role as a co-equal guarantor of the Good Friday Agreement and other agreements. It has played the part of a junior partner and has acquiesced to British demands, especially around the issue of legacy. Their role should have been to hold the British Government to account. They have failed to do this.”

Despite the fact that he British government would live up to its responsibilities on the past, Sinn Féin continued to campaign for the needs of victims after a dead was reached.

Deputy First Minister and Sinn Féin Chief Negotiator Martin McGuinness met Theresa Villiers following the agreement to continue to press for full disclosure and pressed her to meet with representatives of victims groups.

“I asked Theresa Villiers to meet with victims’ groups face to face because it is for the British Government to explain why they are determined to withhold this information,” he said. “She also needs to hear the concerns of victims’ groups directly.

“I welcome the fact that she agreed to meet with the groups and I believe those engagements need to take place as soon as possible if we are to resolve this issue.” 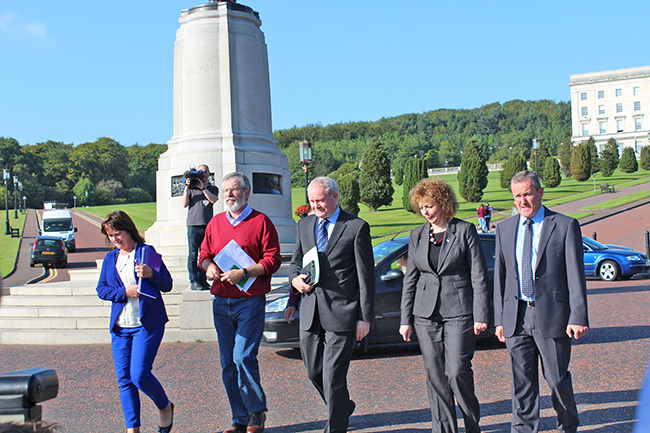