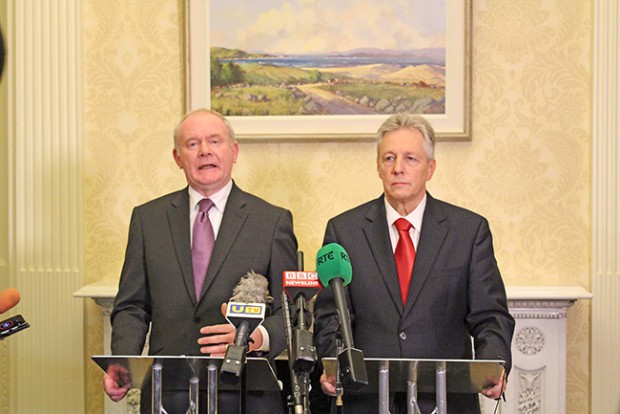 THE CRISIS in the political institutions was created by Tory austerity and their failure to honour commitments made in the Good Friday Agreement and other agreements, including full disclosure on the legacy of the past.

Tory austerity cuts have taken hundreds of millions of pounds out of public services since 2010 and they also launched an ideologically-driven assault on the safeguards of the welfare state.

In July of this year, British Chancellor George Osborne announced that another £1.4billion would be removed from the Executive’s budget over the next four years.

He also announced cuts to tax credits for working families and those on low incomes. These changes will take another £1.1billion out of the local economy.

While tax credits are not within the remit of the Executive, Sinn Féin cannot discriminate between supporting those on in-work and out-of-work benefits.

A package of measures has now been negotiated in the Stormont House Agreement & Implementation Plan to provide support to those who will be most affected by the Tory cuts agenda and to invest in public services and the economy.

As a result of the negotiations we have secured approximately an extra £615million in new money and between £525million and £650million in flexibilities, allowing this money to be used to grow our economy.

This agreement also provides for the establishment of a fund of £585million to provide support to people who will lose out on benefits and tax credits.

A panel will be appointed (headed up by leading benefits expert Professor Eileen Evason) to bring forward a report on how this package of funding will be used.

This additional money will be used over a four-year period with a review at the end of the third year.

Funding for a number of key infrastructural projects was also agreed during the negotiations with £75million for the A5 upgrade project and £2.5million for the North-West Gateway Initiative. 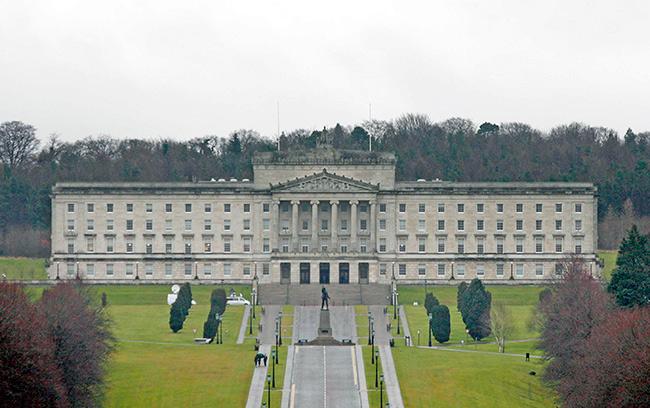 This agreement also deals with institutional reform and makes provision for the number of MLAs to be reduced to five members per constituency at the 2021 Assembly elections.

The number of departments will also be reduced from 12 to 9 in time for next year’s Assembly elections. Parties which are entitled to ministerial positions in the Executive but choose not to take them up will be recognised as an official opposition.

It was not possible, however, to reach an agreement on dealing with the legacy of the past.

In the Stormont House Agreement, the two governments and the parties agreed to mechanisms to provide full disclosure for victims of the conflict.

The British Government has failed to honour that agreement and has sought to put in place a veto on the information to be disclosed to families under the bogus guise of national security.

These documents relates to events which happened 30 to 40 years ago; it is a nonsense to suggest that this information should be subject to national security.

It is not acceptable to families of victims and is not compatible with the Stormont House Agreement.

They continue to cover up the action of the state’s agents, army, police and political establishment by using a national security veto. That is unacceptable.

Sinn Féin will continue to press the British and Irish governments for full implementation on outstanding issues from the Good Friday Agreement and other agreements.

These include the establishment of full inquiries into the murder of Pat Finucane and the Dublin and Monaghan bombings, Acht na Gaeilge, and the creation of a Bill of Rights in the North.