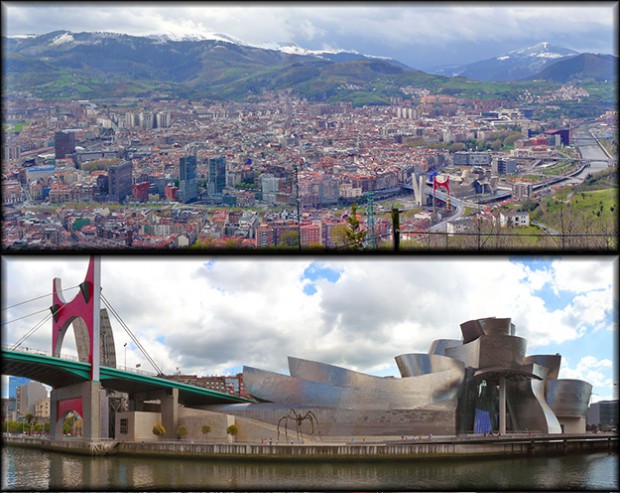 • Key investments in buildings and infrastructure have transformed Bilbao

Like Belfast, Bilbao is enjoying the fruits of the emerging peace process in the Basque Country

MAYOR JUAN MARI ABURTO of Bilbao put his finger on it when he accepted my plaudits about the formidable two-decade rise of his city but noted that many challenges lie ahead.

Elected in May, Mayor Aburto has pledged to ensure Bilbao is “a meeting place for the exercise of pluralism, tolerance and respect for difference”. He learnt Basque as an adult and speaks good English, a product perhaps of three summers spent in Wexford as a teenager.

Key investments in buildings and infrastructure have transformed Bilbao but there is still much work to do to provide work for youth, good quality social housing and equal opportunity for all.

But this is a former industrial ship-building city which has been born again. While there has been much talk of a ‘Guggenheim effect’ in cities across the world that have made flagship investments, the one city which can claim to have benefited from that effect is the forerunner: Bilbao itself.

Frank Gehry’s dreamlike Guggenheim Museum is a clear match for the world’s greatest artists who exhibit there. But now there are many equally prestigious buildings built by fellow ‘starchitects’. A Metro by Sir Norman Foster, a Calatrava bridge, a university library by Rafaél Moneo and a 40-floor tower by César Pelli, who built the famed Twin Towers of Malaysia. Pritzker Prize-winning architect Zaha Hadid has started work on a new masterplan for Bilbao to regenerate a rundown industrial area across the river from the Guggenheim. 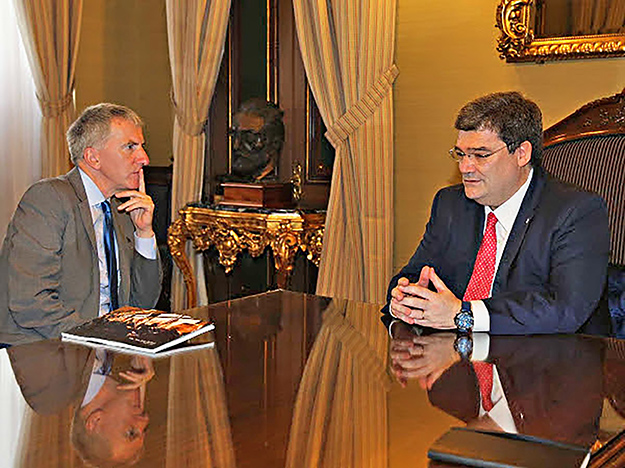 The ambition of Bilbao is breathtaking but it’s also reassuring to hear that Mayor Aburto wants, as he told me, much more than “a pretty city”.

Of course, like Belfast, Bilbao is enjoying the fruits of the emerging peace process in the Basque Country. Our cities, therefore, have much in common and much common ground on which to build new alliances and partnerships.

I hope we can start that work in October at the Belfast Homecoming. I have invited Mayor Aburto to come to the Homecoming not only to join in the conversation about how best to build greater cities serving all our peoples but also to see how the Irish and Scots-Irish diasporas are contributing to Belfast’s renaissance.

The Basque diaspora is as far-flung and as talented as our own but to date there hasn’t been a strategy to engage the global Basque family on the scale pioneered by the Irish Government with its diaspora strategy.

I have no doubt that a visit to Belfast by Mayor Aburto would usher in a new era of co-operation between our cities. And he won’t be without peers as at least two other mayors have also confirmed for the Homecoming: Mayor of Belfast Arder Carson and Árd Mhéara Bhaile Átha Cliath Críona Ní Dhálaigh!

• I hot-footed it back from Bilbao to take part in the Stormont Finance Committee inquiry into the NAMA sale of its Northern portfolio — a sorry debacle. All the evidence to date points to NAMA having been duped to sell at a rate far below the true value of the 850 property loans it held.

A proper sales process would have brought in a much higher return for the Southern taxpayer. As the investigating arm of government, our job is to determine the full truth of what one MLA has described as the “dirty scheme” which constituted the NAMA sale.