Next steps in an important debate? – Richard English 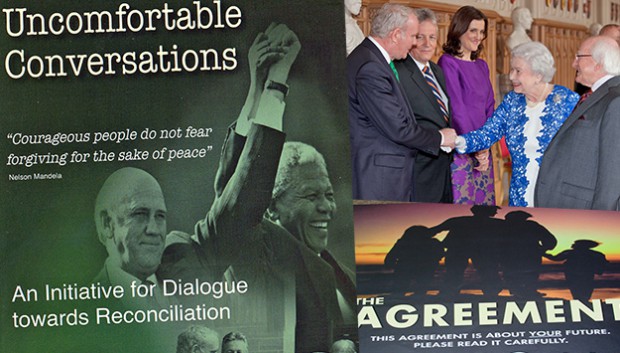 • What we need are inclusive and sustained processes of dialogue

If there is to be a more fruitful future for this part of the world, then the kind of debate reflected in Uncomfortable Conversations points the way in terms of one necessary aspect of how to proceed towards change

RICHARD ENGLISH – Professor of Politics at the University of St Andrews and author of Armed Struggle: The History of the IRA reviews the Uncomfortable Conversations book

THERE ARE NOT many aspects of politics on which everyone in the North agrees. But I suspect that almost everybody would share the view that where we currently are in the Peace Process and in the wider political situation is not where we would like to end up.

Some might suggest that this is as good as it is likely to get. Inherited sectarian enmities run so deep, and the legacy of the conflict is so painful, that it would be easy to take a negative view and assume that things cannot improve all that much from here.

But if there is to be a more fruitful future for this part of the world, then the kind of debate reflected in Sinn Féin’s and Declan Kearney’s new book, Uncomfortable Conversations, points the way in terms of one necessary aspect of how to proceed towards change. The volume collects a diverse set of reflections from political, cultural and other figures from across a spectrum of different political backgrounds, and it brings together pieces initially published in the pages of An Phoblacht.

Many valuable points are made. There is an emphasis on the need for unionists and nationalists to listen genuinely to each other (a point well made here by Gerry Adams and by Declan Kearney himself); there is a summary of some of the anxieties held by Northern Protestants (in a very good piece by Irish Methodist Heather Morris); there is some honest reflection about the difficulties and possibilities in dealing with the blood-stained past (Kieran McEvoy); and there is much else of value about the need for debate, reconciliation and open reflection. 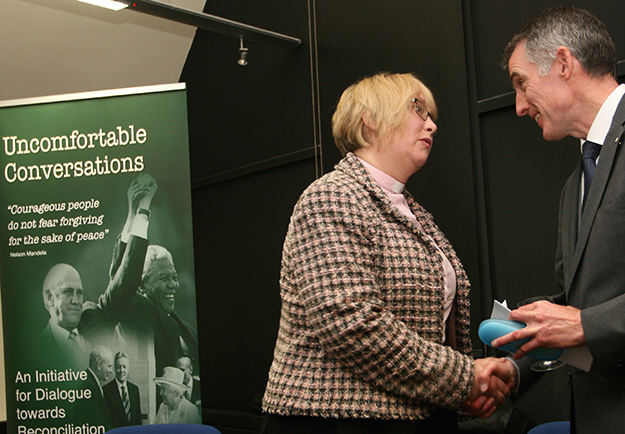 Much of it concerns the legacy of the conflict. Declan Kearney observes rightly here that “the past cannot be changed or undone”. But he also wants there to be a new approach to producing a more benign context for future generations, and he recognises that this involves addressing the actual damage done on all sides during the last 50 years (and more).

Trust and empathy will be vital here. And – after so many years of division and suspicion and vicious violence – these qualities are understandably in limited supply. But, as academic Professor John Brewer points out in this book: “Compromise is the reciprocal agreement to act toward each other differently in the future.”

And we should remember how far there have been moves in that direction already.

When I moved from London to Belfast in 1989, the idea of Martin McGuinness and Queen Elizabeth II meeting cordially would have seemed extremely unlikely. But now such endeavours have become almost taken for granted, very quickly. 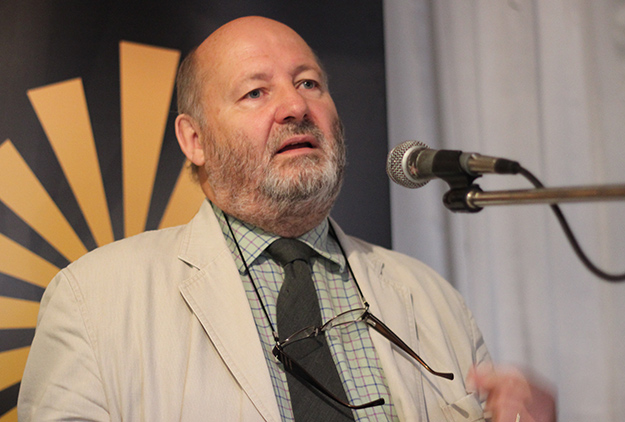 It ultimately depends on how far we really do want things to change. Oscar Wilde’s phrasing (“Sooner or later in political life one has to compromise. Everyone does”) hits the mark, I think. And a lot of people have moved significantly in that direction. Many lives have been saved as a result.

What we need are inclusive and sustained processes of dialogue. These have been moved forward by this book and by the initiative on which it is based. I think that they can move forward yet further if even more voices are included.

Some nationalists and republicans unsympathetic to Sinn Fein will be less than enthusiastic about the conversations held so far. But their views are distinctive and necessary too.

Similarly, there does surely need to be a sustained engagement by mainstream unionists – as well as by the eloquent individual Protestant voices heard in Uncomfortable Conversations – to explain that political vision, and to produce as much common, democratic ground as can be won across the political spectrum.

Yes, the conversations will be very uncomfortable. But the future politics of the island will be much more painful if they are not held, and this book makes a very helpful contribution.