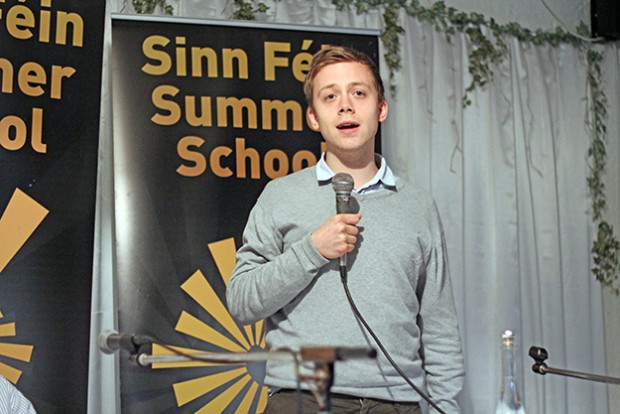 Owen Jones spoke of how people need to take inspiration from the likes of the Civil Rights Movement, suffragettes and the Easter Rising

IT WAS ALL GO in the beautiful Gaeltacht village of Baile Bhuirne in west Cork at the end of June for the 6th annual Sinn Féin Summer School. The event, which always features an impressive array of speakers, has become a calendar favourite for many and was opened this year by newly-elected Cork Mayor Chris O’Leary, who is the first Sinn Féin Mayor of the city in 90 years.

TDs, MLAs, councillors and activists from across Ireland made the trip to the ‘Town of the Beloved’ and surrounding area where much of Ken Loach’s Tan War film The Wind that Shakes the Barley was filmed.

Irish Congress of Trade Unions official and Sinn Féin representative Louise O’Reilly (a former SIPTU nursing sector rep) told the audience that the health system is too important to be handed over to those who only care about making profits.

Dr Angela Flynn explained how the individualisation of the health service means that there has been an erosion of social solidarity.

The next discussion looked at whether the people of Europe had enough of neo-liberalism. It saw a barnstorming speech from Guardian columnist Owen Jones in which he hit out at much of the mainstream media and political parties for turning people’s anger away from where it should be directed. A particular point was the attempts to pit the private sector worker against the public sector with private sector workers facing wage cuts being encouraged to envy the nurse or teacher with the pension or the unemployed family ‘living it up on benefits’ rather than criticise those with power at the top. 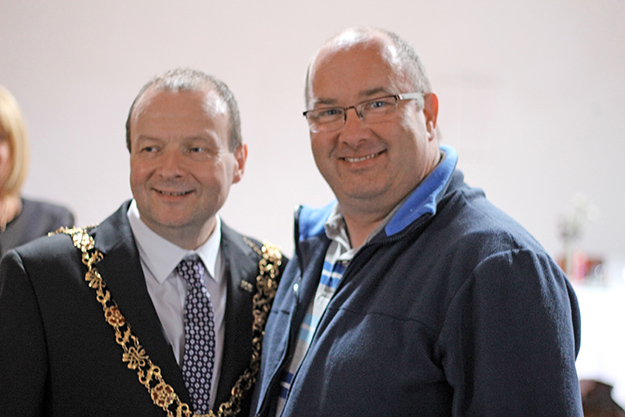 Jones also spoke of how people need to take inspiration from the likes of the Civil Rights Movement, suffragettes and the Easter Rising:

“I’m a passionate believer in a united Ireland, free of all divisions,” he told the crowd.

UCD academic Dr Julien Mercille and Portuguese ex-MEP Professor Alda Sousa also spoke in the section, with Professor Sousa accusing the EU elite of not respecting the popular opinion of the people of Europe and disregarding opposition.

Day two kicked off with a discussion on ‘Understanding and overcoming sectarianism in Ireland’. Professor John Brewer (Professor of Post Conflict Studies in the Institute for the Study of Conflict Transformation and Social Justice at Queen’s University Belfast) spoke eloquently on the need for a “unionist Sinn Féin” within working-class unionist communities, something he had previously spoke on at a conference of the Progressive Unionist Party in the previous couple of weeks. He was critical of the mainstream unionist parties for their obsession with flags and symbols while failing to do work that would actually benefit the communities they claim to represent. He also criticised politicians and the media for their constant focus on the conflict: “It’s like driving a car – how are we expected to move forward if we are always looking in the rear-view mirror?” he asked.

Author Thomas Paul Burgess, a side drummer in the loyalist Pride of Ardoyne Flute Band before becoming an academic at University College Cork, discussed his upbringing in a working-class unionist area, how he was perceived by some within his own community when he moved to Cork, and also how – when he took a role working alongside a Belfast republican – some colleagues treated them “like lab rats”, waiting to see what would happen with people from traditionally rival communities working together. 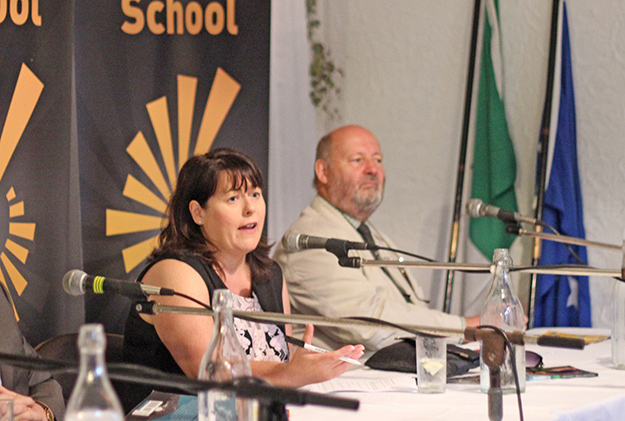 Michelle Gildernew of Sinn Féin also spoke of her upbringing, her family’s involvement in the Caledon squatting controversy in 1968 when a local housing authority controlled by the unionist-dominated Dungannon council allocated a home to a single 19-year-old Protestant woman and prospective unionist candidate ahead of 269 other applicants, including many large Catholic families who had been on waiting lists for years. She outlined how her upbringing was avowedly anti-sectarian and how as Agriculture Minister she was heartened by the support she received from many Protestant farmers for her work.

One of the main speeches on Saturday saw Dr Lydia Foy, a transwoman, speak movingly of her 20-year battle to have her birth certificate reflect her gender identity.

Ending the series of talks on Saturday, Dr Conor McCabe, author of Sins of the Father: The decisions that shaped the Irish economy, provided a fascinating insight into the vested interests and Golden Circles involved in the economic crash.

It’s easy to see why the Summer School has become a firm favourite amongst many republicans and a wide spectrum of progressive voices as a forum for hearing new views and holding intense discussions in the debates and in the bar into the early hours of the morning.