What lessons should we learn from the Greek defeat?

Fear of the example that Greece might set was behind the determination of Germany and the dominant European powers to insist upon a total humiliation of the Greek people – What lessons should we learn from the Greek defeat? 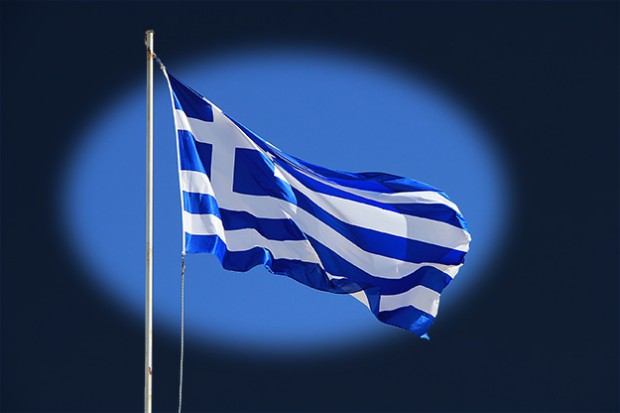 The EU exists to further the strategic economic interests of European global monopolies, and neither the rights of workers or of nations are allowed to interfere with that

THE CAPITULATION of the Greek Government to the completely vindictive and unrealistic demands of the European Union and the Eurozone finance ministers has naturally been seized upon by reactionaries here to pretend that this proves there is no alternative to austerity.

Indeed, fear of the example that Greece might set was one of the big factors in the determination of Germany and the dominant European powers to insist upon a total humiliation of Greece and the Greek people.

Prime Minister Tsipras was faced with, as he put it, a choice between a bad deal and a catastrophe.

He chose the bad deal but in doing so risks wrecking the magnificent vote of the Greek people in the referendum and splitting SYRIZA. Not one SYRIZA MP argued that this was a good deal: 38 SYRIZA MPs refused to vote for it while the rest voted with reluctance and despair.

Of course, the Greek situation is different from that of either Spain or Ireland (countries which have growing political forces challenging austerity) in relation to the relatively closed nature of its economy and its low levels of trade with countries outside the Eurozone.

What has now been exposed, unequivocally and unanswerably, is that the European Union is NOT a solidarity club. It exists to further the strategic economic interests of European global monopolies, and neither the rights of workers or of nations are allowed to interfere with that.

The idea of a social Europe as a counterweight to the Europe of monopoly capitalism is an attractive one but it is equally clear that this cannot be done through internal evolution of the EU itself.

The rules must be broken and challenged. 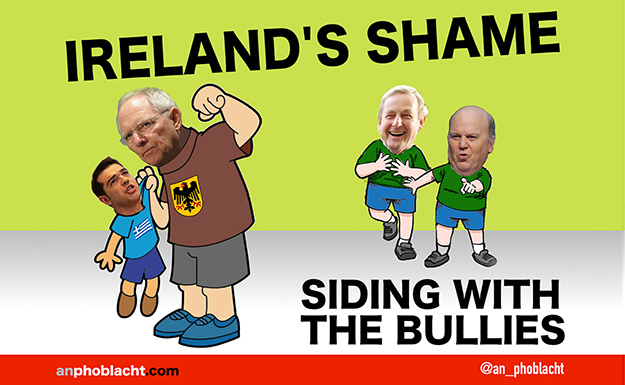 For Greece, as we know, found itself totally isolated, and countries like Ireland and Spain – which are in equal need of debt write-downs and reconstruction – were the most venomous enemies of the Greek position.

No party has greeted the Greek humiliation with greater glee than our own Labour Party (with the obscure backbencher Eric Byrne plumbing the depths).

The worst point is that the deal won’t work. Greece will not achieve growth by being burdened with even more austerity; and if the sum of its debts was unrepayable before the deal, the situation is even worse now with more bail-out debt imposed.

Economists from Ireland like Ray Kinsella and Colm McCarthy, seasoned commentators in the Financial Times and Wall Street Journal, and even the IMF itself, all accept that this deal cannot work. It just condemns Greece to permanent penury.

Remember that none of the money “given” to Greece in these bail-outs has gone to the Greek people.  Every euro has been used to pay off the banks’ debts which the EU insisted the Greek state take on itself, just as it insisted that the Irish state take on the debts owed by private banks here.

So where did this money go? It went to European banks, primarily German ones whose reckless lending caused the crisis. So the banks get paid back, and the people of Greece – and Ireland and Spain – are left to pay back the bail-out.

We can now see that the talks were not aimed at rescuing the Greek economy but at saving the German one. 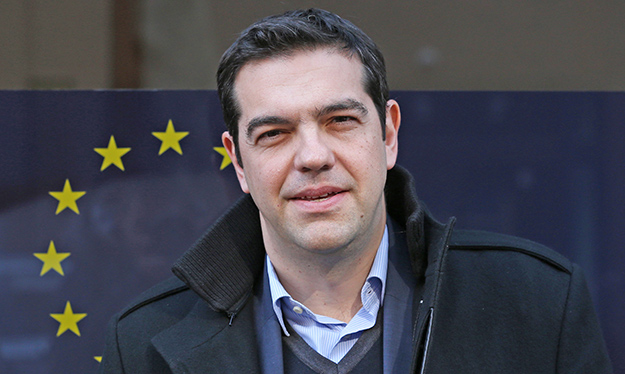 The mistake on the Greek side was twofold: firstly, the negotiators seem to have believed the nonsense that the EU was a solidarity body and that it could therefore be persuaded by rational arguments.

Restoring the drachma would not necessarily have been the catastrophe that Tsipras feared. Certainly the economic problems associated with breaking free of the euro could not be worse than those being imposed now on the Greek people.

The simple fact stands clear:  if you stay in the euro, you stay with austerity and the priority of bailing out the German banks. If you want to end austerity and give priority to the social needs of our peoples, then you must break with the euro and force the whole rotten house down.