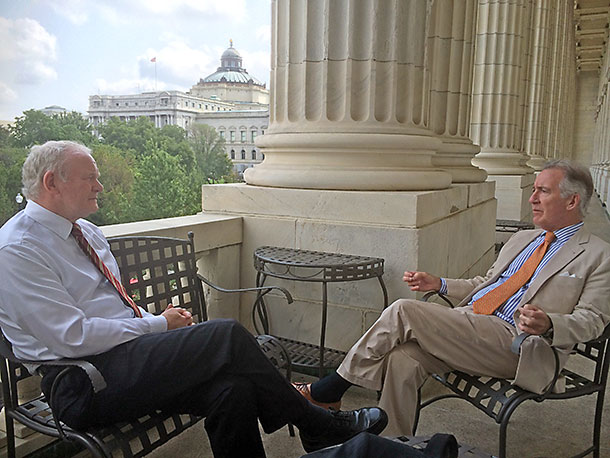 ‘The institutions of the Good Friday Agreement, which have underpinned the Irish Peace Process for almost two decades, are facing crisis’ – Deputy First Minister Martin McGuinness

AS WE GO TO PRINT, Sinn Féin MLA and deputy First Minister Martin McGuinness is returning to Ireland from a two-day visit to the United States to win support for a resolution to the crisis threatening the political institutions in the North.

His meetings included talks with senior US Government officials at the White House and State Department, and with the influential Congressional Friends of Ireland Committee. He also briefed campaigners and supporters of the Peace Process in Washington DC and New York.

“The institutions of the Good Friday Agreement, which have underpinned the Irish Peace Process for almost two decades, are facing crisis.

“This is an extremely grave situation and I urge all those with a stake in this process to make every effort to find a resolution which secures the power-sharing administration.”

“In order to redress this crisis, we require an imaginative and innovative solution, which recognises the particular challenges faced by our administration. That means ensuring the institutions are politically and economically viable and able to meet the needs of a society emerging from a long and bitter conflict.

“To date, that has not been forthcoming from the British Government and they need to be persuaded that a new approach is required.

“It is my hope that the US administration, which has been a key ally since the inception of the Peace Process, can help convince the British Government of the gravity of the current situation and to end their current approach which threatens to undermine the incredible progress we have made.” 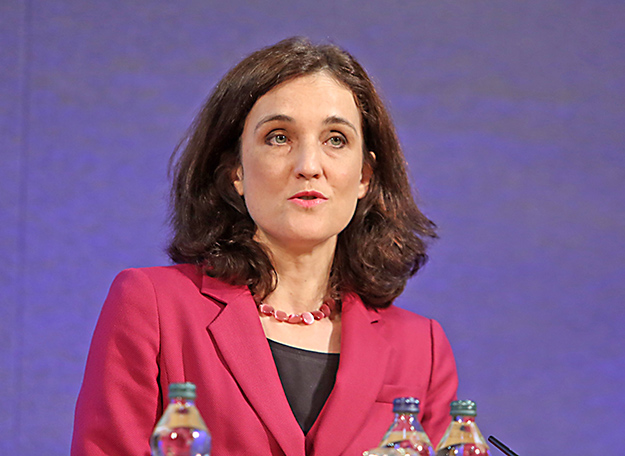 At Stormont, Sinn Féin MLA Conor Murphy hit back at a call by British Secretary of State for all political parties to implement the Stormont House Agreement. He described the Tory minister’s call as “ludicrous when her government is continually undermining the political institutions through cuts to the block grant”.

Villiers is due to follow Martin McGuinness’s visit to the US.

“If Theresa Villiers is serious about ensuring the Executive has sustainable and workable finances then her government needs to provide the resources.”

He said the British Government is not an independent broker in all of this and cannot stand back and attempt to pass the blame.

“It has a responsibility to step up to the plate.

“Instead of austerity policies from the British Government we need to see investment which would allow the Executive to grow the economy and protect the vulnerable and frontline public services.”