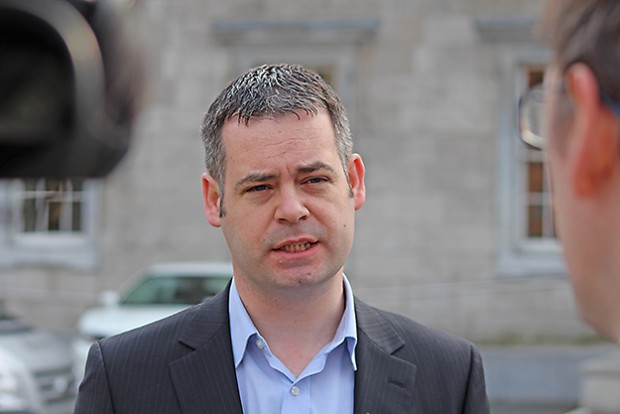 Will Sinn Féin scrap Water Charges if in Government?

Yes. Sinn Féin’s message is clear, if in Government – we will abolish household Water Charges.

To those that have refused to pay or are considering not paying, this means that if Sinn Féin forms part of the next government we will not pursue any citizen or household who has not paid.

We will repeal the draconian legislation forced through the Oireachtas by the Fine Gael and Labour majority and put this saga in the dustbin of history where it belongs.

The Labour Party says there are Water Charges in the North, where Sinn Féin is in Government. Is Sinn Féin giving mixed messages?

There are no Water Charges in the North.

This is a lie continuously peddled by the Labour Party as it attempts to distract from its own U-turn on this issue.

Attempts to force water charges on citizens in the North by British direct rule ministers were succesfully blocked by Sinn Féin’s then Regional Development Minister, Conor Murphy. We did this because taxpayers were already paying for these services (as we are here in this state) through general taxation.

Sinn Féin also ruled out any future privatisation of these critical public services by ensuring that the Executive, under the Department for Regional Development, remained the sole shareholder of the newly-established utility company, NI Water. Because of this, households in the North save – and this is according to the Utility Regulator – an average of €490 per year. 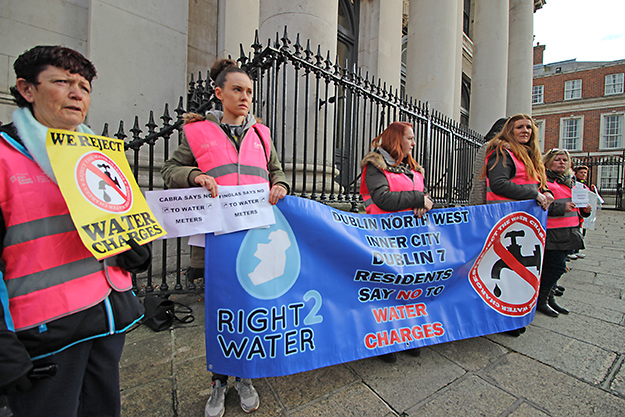 What about water meters in the North?

A legal requirement introduced under direct rule (before Sinn Féin blocked Water Charges) requires all new homes to be fitted with water meters. The meters are not read by NI Water but continue to record the consumption for individual properties.

Sinn Féin has been very clear in its opposition to water charges and Gerry Kelly MLA has asked the Regional Development Minister to bring forward new legislation to ban water meters in the North.

Would Sinn Féin get rid of Irish Water?

Yes. Sinn Féin in Government would dismantle Irish Water and replace it with a new model of governance, funding and delivery within full public ownership and democratic control and accountability.

What is required is a public water company that is not Irish Water.

We want a water service that is managed by a publicly-appointed board which is fairly balanced to represent the economic, environmental and societal and community interests which serve both the public service and the public interest, and including the workforce. 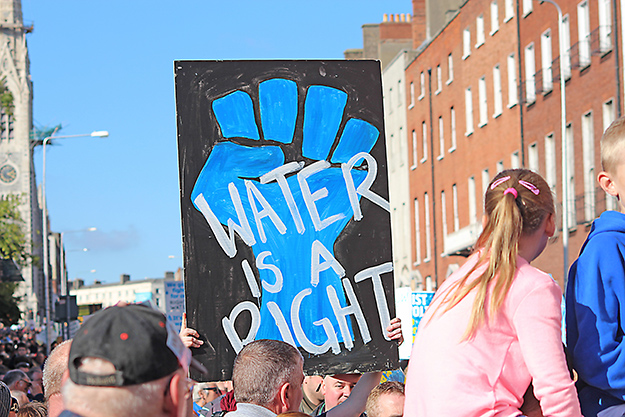 The Government says it wouldn’t be possible to scrap Water Charges or get rid of Irish Water because of the sheer cost to the taxpayer.

The Government used its usual scare tactics against those of us who advocate abolishing Water Charges. They said it would leave an €800million hole in our budget and deficit targets couldn’t be reached. Now their bluff has been called as a result of the Eurostat ruling on 28 July that Irish Water is not a standalone company and money spent on it must be included in national debt.

The Eurostat ruling proved Sinn Féin's analysis to be correct.

This is a nightmare for Fine Gael and Labour.

The ruling means that borrowings by Irish Water is now deemed as Government borrowing yet Irish Water has borrowings of €850million which can rise to €2billion, mostly from commercial sources at rates higher than what the Government is paying for its borrowings. This is simply money down the drain.

The whole argument against our calls to abolish Irish Water is now gone. Enda Kenny should now accept defeat. He should scrap Irish Water and Water Charges once and for all.

If the Government keeps with its plan to charge for water and to keep Irish Water off balance sheet it will need to scrap the so-called Water Conservation Grant (which is seen as a direct subsidy to Irish Water from the Government via households) or increase charges.

Either way, it will be the customer that pays and the public must be made aware of this.

With current levels of non-payment it is now economically beneficial to the state to scrap Irish Water and stop Water Charges. 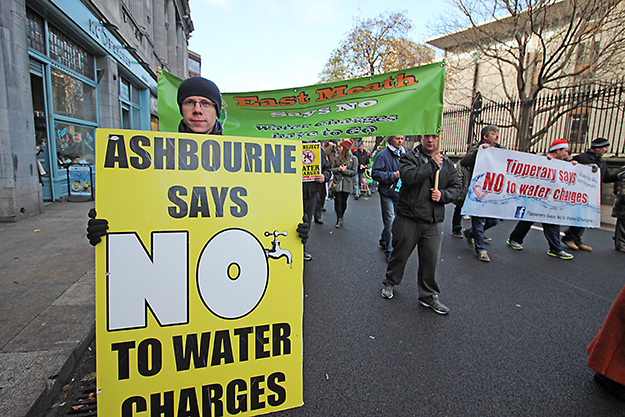