Parental choice at the heart of education 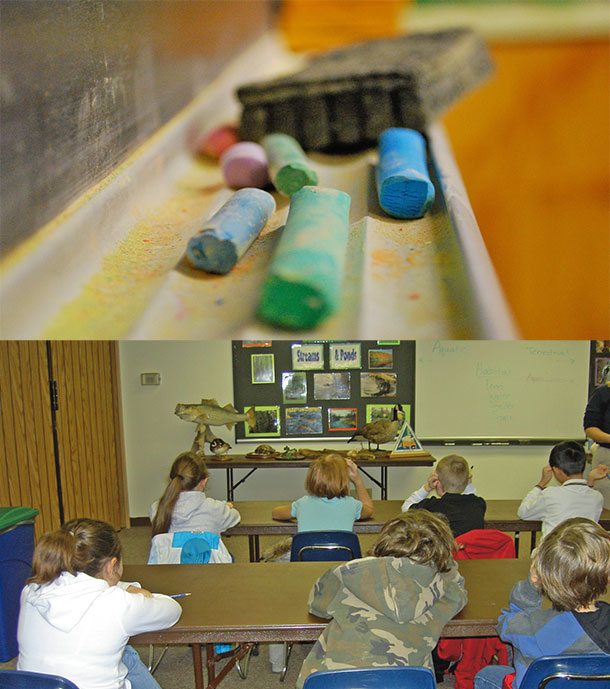 MAY BLOOD, Chair of the Integrated Education Fund, posed a number of questions in ‘Uncomfortable Conversations’ in the last issue of An Phoblacht to republicans in relation to integrated education.

Fundamentally she asked how some republicans can articulate a vision of a united Ireland that accommodates, safeguards and cherishes a British identity yet fail to support a model of education in the North (integrated) that works to address and meet these challenges.

I think it reasonable to suggest that republicans, however, wholeheartedly support the ongoing engagement between educational sectors that has witnessed a welcome détente of old enmities as increasing numbers of pupils from all traditions share, collaborate and integrate to an extent once thought impossible.

In light of these recent developments I believe it is more accurate to state that many republicans are reluctant to support the increasingly obsolete concept that integrated education represents the singular solution to such a complex issue of a divided society.

For generations we have lived in a divided society but it is not divided as a result of the sectoral dynamics of our schooling system; even if we dissolve all sectoral interests today, in the morning we will still awake to a divided society. 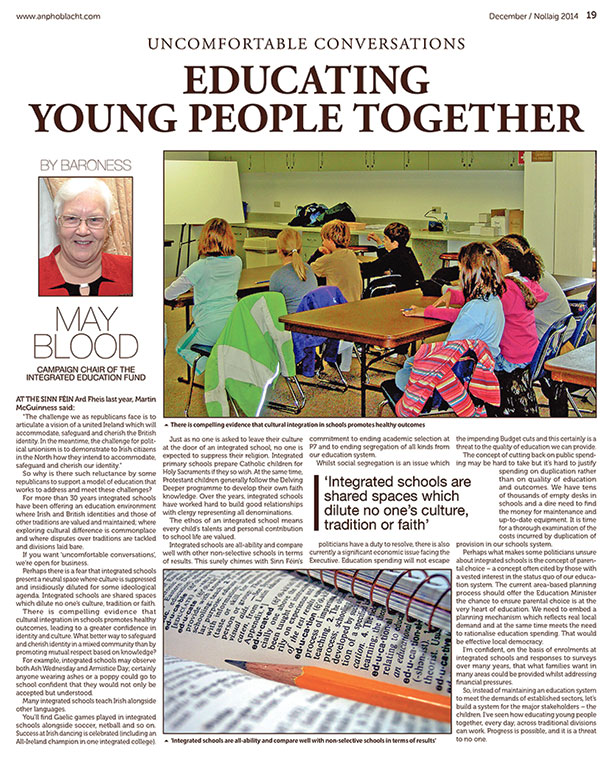 • May Blood wrote in December's An Phoblacht

When we bear in mind that as little as 9% of a child’s life from the age of 4 to 18 is spent inside the classroom, perhaps we should instead focus attentions outside the school gates if we are to truly bring down the walls between our streets and inside our heads.

In the next few weeks and months, families will begin the process of deciding the best educational setting for their child. For a variety of reasons, the majority of parents will not choose an integrated setting; some will. I think it is disingenuous to suggest that only those children who attend integrated schools will be afforded an education that “accommodates, safeguards and cherishes divergent identities”.

I also think it is highly insensitive and wildly erroneous to suggest that the freedom for parents to choose the most appropriate setting for their child represents a form of segregation. It simply is not the case. Those voices who continue to conjure up the spectre of segregation must ask themselves how this squares with the Council for Integrated Education’s call lately for the realisation of a system which is “diverse, based on parental choice, and receptive to parental wishes”.

As an Irish republican I believe integrated education (like Irish-medium education) should remain a fundamental component of our education system and I would staunchly defend the legal protection that both sectors are afforded as a result of the Good Friday Agreement. I applaud successive Sinn Féin Education Ministers who have used this legislative duty to “encourage and facilitate” the expansion of integrated education in instances where other sectors would not have been afforded such luxury.

I also welcome the fact that many integrated schools have begun to introduce Gaelic sports and Irish-language classes into the learning process (this should most definitely be viewed as a step in the right direction). But there should be no resting on laurels. In a recent 32-page supplement in the Irish News extolling the virtues of integrated education, there was no celebration of Gaelic games, not even a cúpla focal.

In an attempt to reach out to the traditional Irish nationalist and republican readership, this was a serious omission. Supporters of the integrated movement must ask themselves why this was allowed to happen. If they are genuine about debunking the myth that integration is merely a byword for assimilation then this must be addressed.

Finally, with the onset of a new year we are all afforded the opportunity to reflect and refocus our priorities for the year ahead. Education Minister John O’Dowd will no doubt be looking at the need to progress with ‘Area Planning’ as the effects of thousands of empty schooldesks are felt across the system. May Blood wants the Education Minister to ensure Area Planning puts “parental choice at the very heart” of education going forward.