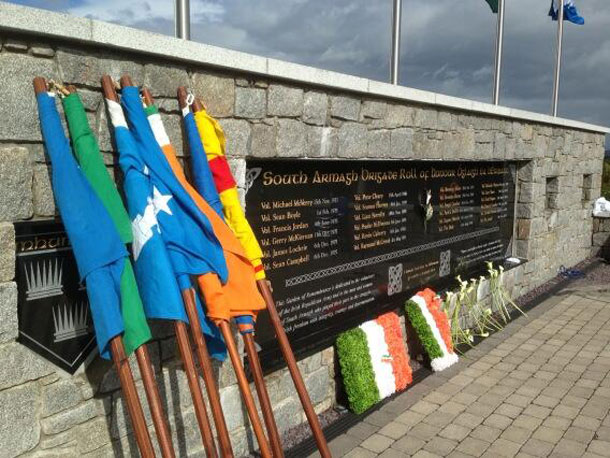 HUNDREDS of republicans gathered in Mullaghban on Sunday 23 June for the annual South Armagh Volunteers Day, a day when people pay their respects to all those who sacrificed their lives for the cause of freedom.

A parade by up to 400 people to the Memorial Garden was led by a piper and incorporated colour parties, republican bands, photographs of each of the 24 Volunteers on the South Armagh Roll of Honour and banners of the 13 Sinn Féin cumainn across the area.

At the Memorial Garden, the event was chaired by Newry/Armagh Assembly member Megan Fearon and wreaths were laid on behalf of the Republican Movement and South Armagh Sinn Féin.

The Roll of Honour was read by Lauren McGivern as piper Paddy Martin played a lament and 24 young people each laid a lily on the monument to remember each of the Volunteers on the Roll of Honour.

Next came a minute’s silence followed by The Last Post and lowering of the flags. Aoife Cumiskey sang the ballad Grace before MP for Newry/Armagh Conor Murphy, the main speaker, paid tribute to “these men on the South Armagh Roll of Honour who are heroes to us because of their deeds and the manner in which they lived their lives”.

The event concluded with a rendition of Amhrán na bhFiann, sung by Ellen Maguire. 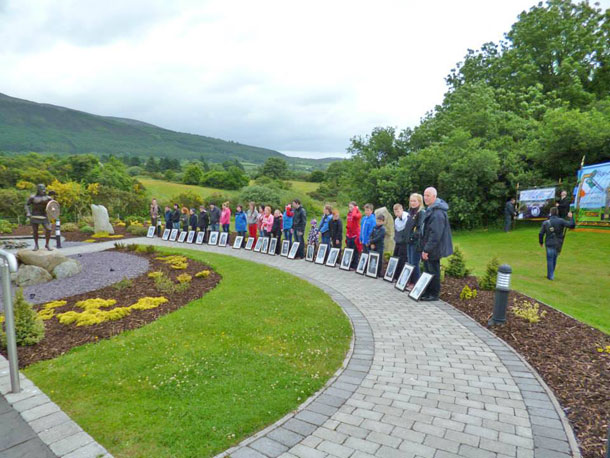