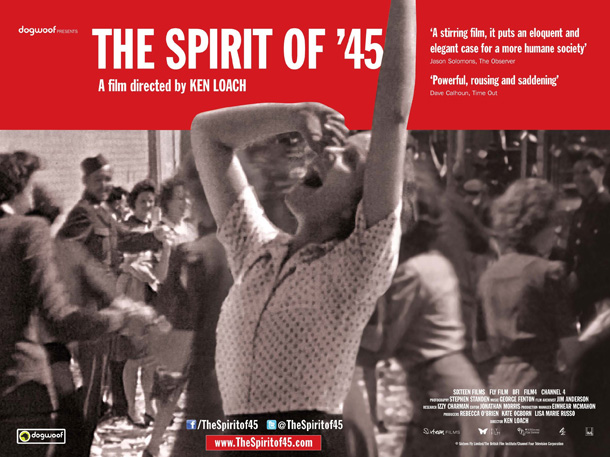 The Spirit of ‘45 is a mesmerising sequence of archive footage, photos, quotes and interviews full of hope of a new society recovering from the war years

THE SPIRIT OF ‘45 is Ken Loach’s new documentary on the British Labour government that came to power at the end of the Second World War in 1945 and its development of the welfare state, the National Health Service and decent public housing.

It is a moving tale of the struggle for human dignity and a gentle call to arms in an era of austerity.

It tells us that socialism can be real and, in the words of Nye Bevan, Health Minister in the post-war government and a central figure in the story, can turn us from the dreamers and sufferers to the builders of a new, brave and just society.

The Spirit of ‘45 is a mesmerising sequence of archive footage, photos, quotes and interviews full of hope of a new society recovering from the war years.

The film opens by setting the tone of the post-war period. It tells the story of a people who had faced great hardship and terror breaking through and proclaiming ‘Never again.’ The worst humanity had to offer had been displayed for all to see, spurring on socialist and working-class activists to ensure that the war would not be replaced with the peace of poverty and inequality known before. We are told of the misery of the slums of England, the lice-filled sheets children slept in, walking barefoot to school. One trade union activist comments: “We lived in the greatest empire in the world but we were sleeping in the dirt.”

Loach introduces us to the cutting edge of that desire for progress with excerpts from the Labour manifesto of 1945 which defeated the national icon of wartime leader Winston Churchill. We hear of hardened miners crying at the news of the Labour landslide, firm in the belief a new day was dawning and their lives would now be their own. 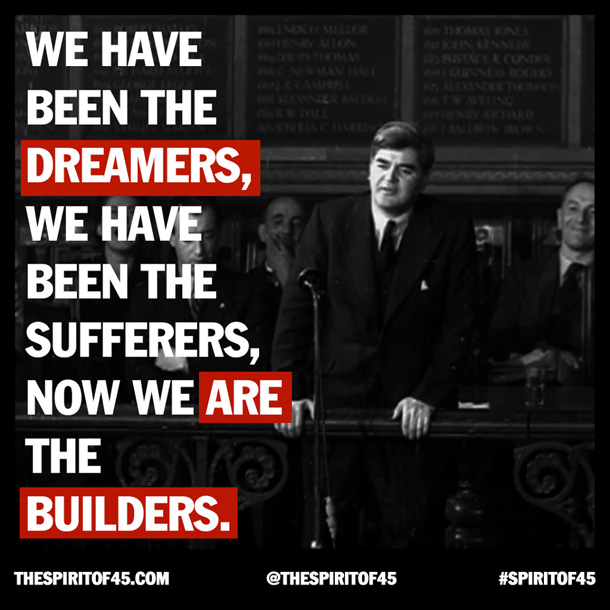 We are taken through the achievements of the new government: building homes, nationalising the mines and rail network, and taking every hard step to bring about the feather in the cap, the National Health Service.

We are treated to the stories of those who experienced these great changes with excitement and hope, not all uncritical but each sentence coloured with a warmth for the time and formed in broad working-class accents conspicuous in their absence from most film and media.

The failing of the film is that it leaves so much out.

We are never really told why, with such great advances, the government fell in 1951. Arguments from the Left of a failure to democratise industry as well as nationalise is insufficient to explain the creep back to the Right by British voters. Was it too much too soon or were reforms not radical enough? The answer is not in this film and while it is comfortable (as Loach does) to heap all the blame on the justifiably hated Margaret Thatcher, Britain was not a beacon of socialism before her election in 1979.

Some of these criticisms are possibly unfair as the film does not really strive to tell the story of the backroom politicking or even the wider population but the too often unheard side of the trade unionists and socialists who were at the coalface of working-class struggle and have always been the engine of human progress.

The over-riding message of The Spirit of ‘45 is that socialism is, with hard work, confidence and dedication, an implementable system, and that our struggle is not only just but realistic and we must learn from past victories and failures so as to move forward to build again great movements, pushing beyond reform to radical upheaval and realignment of society.