Where now for Irish after Seachtain na Gaeilge? 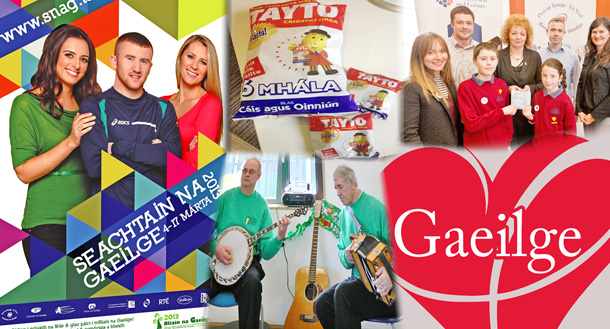 Despite 90 years after achieving formal independence in 26 of our 32 counties, the state has signally failed to revive Irish as the primary language of communication

WITH the memory of Seachtain na Gaeilge beginning to fade away it is perhaps timely to take stock of the situation of Gaeilge — the Irish language. While Irish is undoubtedly THE national language of this nation, it has been a minority language since the end of the Great Hunger of the 1840s following centuries of violence, persecution, marginalisation and discouragement by the English colonial authorities, and then decades of lip-service, neglect and often outright hostility by the 26-county state.

While it is well-known that the destruction of native languages and cultures is an essential feature of colonialist and imperialist systems, what isn’t so often discussed is the role played by native collaborationist elements who collude and contribute significantly to the destruction of their own native language, culture and mindset as required by colonial masters. In Ireland, large elements of the Catholic bourgeoisie and most of the Catholic Church Hierarchy were instrumental in this process, especially from the 19th century onwards, exemplified in person by Daniel O’Connell, who actively discouraged Irish and denigrated its viability.

This brings us to a situation where, despite 90 years after achieving formal independence in 26 of our 32 counties, the 26-county state has signally failed to revive Irish as the primary language of communication.

Language revival is actually possible as evidenced by the revival of Czech in Bohemia and Moravia; of Hebrew in the Zionist colony of Israel; of Welsh, where the language movement in Wales has made significant strides; and even the formerly extinct languages of Cornish and Manx. Why the revival of Irish hasn’t happened despite the clear opportunities for doing so is largely due to the prevailing ethos and character of the 26-county state and its ruling class and elite.

Nonetheless, much significant work has taken place regarding the revival of Irish, most of which has come from activists outside of official circles — the gaelscoil movement and Seachtain na Gaeilge being the most significant of these. Since the 1970s, the growth of gaelscoileanna has been a major factor in maintaining the viability of Irish as a living language and has created a new generation of gaeilgeoirí who otherwise would not be able to speak Irish. The number of gaelscoileanna and those enrolled in gaelscoileanna have grown at a steady pace yet the Department of Education continues to erect bureaucratic obstacles and barriers towards the establishment of more of them, despite the clear demand from parents for this kind of Irish-medium education for their children. In fact, gaelscoileanna have the problem of not being able to cater for all prospective candidates as the demand far exceeds supply. On the other hand, the Department of Education has been very supportive of Educate Together schools and these have proliferated accordingly as the ethos of these schools sits well with the currently prevailing sensibilities of the middle-class now that religious-controlled education has become unfashionable.

In the gaeltachtaí (the officially designated Irish-speaking areas), while the decline has slowed down, the situation is less encouraging as these regions continue to suffer from a lack of economic development. One proposal that could very significantly bolster their economic viability would be to expand on the network of Irish-language colleges and integrate them as a standard part of primary and post-primary education where all schoolchildren from the age of 11 upwards would be immersed in a two-week course of Irish-language activities.

Seachtain na Gaeilge’s annual festival in promoting Irish no doubt performs a very useful role in the revival of Gaeilge as more and more notable people have become involved and the programme of events and activities continues to grow year by year. This festival gets a certain amount of funding and support from central government and there are many people from all political parties and in officialdom itself who have genuine goodwill towards the Irish language. Yet it remains a fact that the neo-colonial ethos of the 26-county state (and more overtly in the Six Counties) is essentially hostile to the Irish language, as it is indeed it is to the idea of a separate Irish identity.

If that is not the case, then ‘Official Ireland’ can make me eat my words by translating talk into action.