Planned robbery of Cyprus leaves euro crisis worse than ever 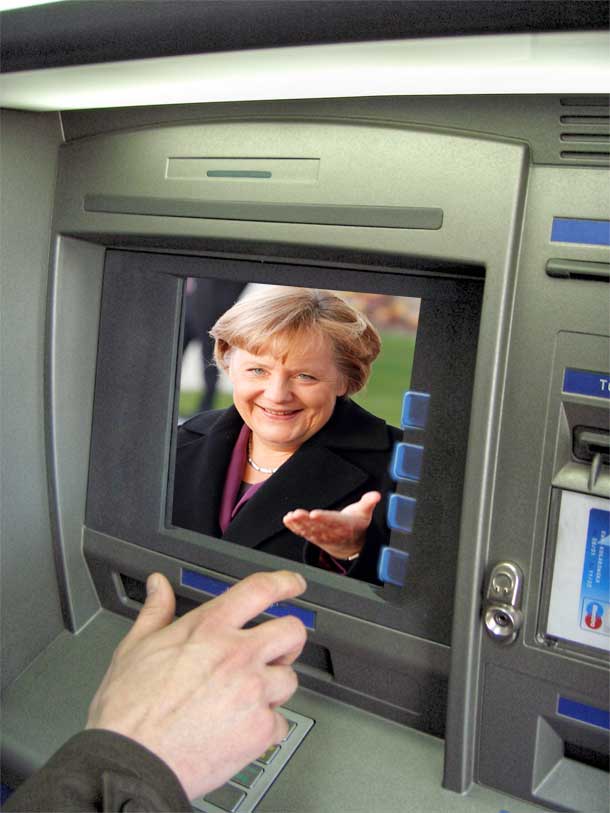 • What international investor will put money on deposit in a country where 10% of it could be confiscated?

Not only were the plain people of Cyprus to be robbed of their savings, the country’s existence as an international banking and business centre was to be destroyed

THE planned EU robbery of Cyprus has blown back in the faces of the top Eurocrats and their political masters in Germany — firstly because of the magnificent resistance of the people of Cyprus who refused to acquiesce in this robbery, but secondly because of concern throughout Europe that the Troika proposals undermine the basis of trust on which any region’s banking system is based.

That trust is the certainty that if you put money into a bank you will get it back. The bank has the use of your money but with a state guarantee you can be certain your money is safe.

No longer. The Troika has made it clear that, when it suits the big boys, deposits will be plundered.

Not only were the plain people of Cyprus to be robbed of their savings, the country’s existence as an international banking and business centre was to be destroyed.

All of this means that the euro crisis is now worse than ever. The implications are serious for all those countries of the Eurozone whose economies are in trouble — Ireland, Greece and Portugal but especially Spain and Italy.

What international investor will put money on deposit in a country where there is a real risk that 10% of it will be confiscated? Yes, when the dust settles on the Cyprus crisis, Europe’s banking system will lie in tatters.

The Germans believe that they can emerge from this catastrophe because of the strength of their economy. But Germany’s export performance itself is beginning to falter because austerity policies mean that Germany’s European partners cannot afford to buy German goods.

For Merkel and Schauble this doesn’t matter so long as German banks are freed from the threat of repercussions from their reckless international lending policies during the boom. They are wrong. It does matter. And Germany will be dragged down with the rest.

This genie cannot be put back in the bottle. Once the sacrosanctity of investor deposits is abolished — and that’s what the Troika did — it cannot be restored.

And what about Cyprus?

Cyprus is a small country and accounts for only 0.2% of the EU economy. That’s why the Germans thought they could browbeat it into submission.

But Cyprus has cards to play, and the most important is the Russian card.

Russia already offered Cyprus a loan of €2.5billion, though that would have been in jeopardy if the Troika terms had been accepted. Now the Cypriots can tell the EU that unless a fair deal (which involves German banks taking their share of the hit) is not agreed, they can look East. They are not without options.

Cyprus needs to raise €5.8billion to match the €10billion coming from the Troika. Deals with Russia are the surest way to do that.

As Cyprus has extensive gas deposits (as yet untapped) the Russian gas giant, Gazprom, has already offered Cyprus €10billion in return for a significant stake in these deposits. Yes, the last thing that Europe wants is for the Russians to have such a strong grip on such a valuable asset which the Germans hoped to pick up for a song amidst the debris of a Cypriot collapse.

The new Cypriot president is a right-winger whose anti-communism has evolved into plain anti-Russianism, though the strong communist forces in parliament (only one seat less than the governing party in the parliament) prefer a Russian connection even under Putin to an EU one.

Cyprus may leave the euro itself as part of its refinancing needs, which may include the sale of its major banks to Russian commercial interests, but this possibility is itself another card in their negotiations with Europe.

The lessons are clear:  Germany doesn’t give a hoot about the well-being of smaller economies like those of Cyprus or Ireland.

Secondly, those who prostrate themselves before Europe earn not a pat on the head but a well deserved boot in the nether regions. That was nearly visited upon Cyprus. It has been visited on us.

Thirdly, if you put your own interests first and play alternative cards to defend your own national interest, you can get a better deal.

Unfortunately, the Fine Gael/Labour Government (and the Fianna Fáil one that preceded it) has placed Europe’s interests first and the Irish public at the mercy of austerity.