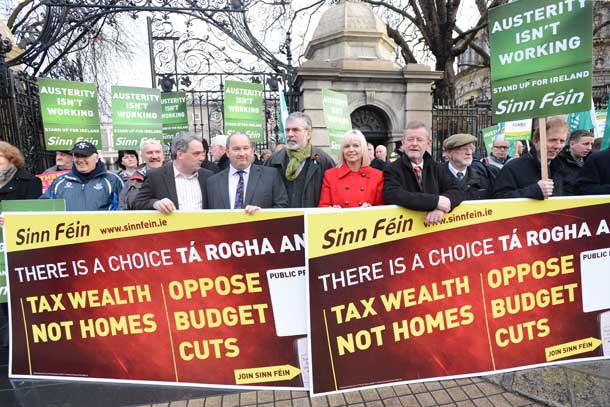 WHAT should we do when faced with the blind fury of the horde? How should we respond to those too ignorant to understand the necessity of austerity?

Across Europe, backward people are brazenly rejecting the carefully-constructed consensus of the technocrats.

In Greece, Italy and Cyprus ‘the people’ are re-emerging as an active political player. They are refusing to play by the rules of choreographed professional politics.

They are learning how to say something very important, very powerful and for too long forgotten.

They are learning how to say No!

And with each of these refusals ‘the people’ are opening up a space from which real alternatives can emerge.

To date, these refusals have been isolated cries by growing minorities who have simply no more to give. They have yet to find a coherent majority expression.

They have been unable to install a real alternative government willing and able to mount a systemic challenge to the consensus.

But that challenge is growing and the technocrats are worried.

So what should be their response?

(1) How can political parties and Governments present and justify the “politics of constrained choice”?

Decoded this means: How can mainstream politics get public acceptance for policies that the public currently reject?

(2) What should be done to counter the growth of “populist challenger parties”?

Decoded this means: What can be done to stop the rise of Syriza in Greece, Beppe Grillo in Italy, or Sinn Féin in Ireland?

(3)  How can we avoid “scapegoating” the EU for “unpopular policies and measures”?

Decoded this means: How can we protect the project of European integration from blowback caused by the policies designed and implemented by its key institutions? 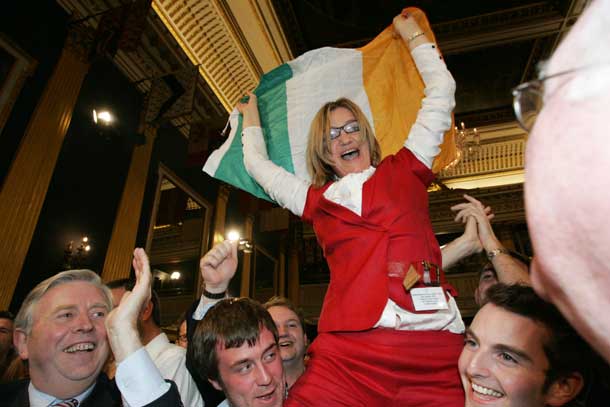 For Brigid it appears that the EU is becoming too politicised; there is too much contestation; too many people are no longer willing to accept the carefully-crafted consensus of the technocrats.

Something must be done!

Faced with the blind fury of the (populist) hordes  – too ignorant or backward to realise the wisdom of the technocrats – Establishment voices want to close down the space of politics, to limit the possibility of further refusals, to reconstruct the consensus.

There is something deeply undemocratic about their prescription. Maybe the French writer Jacques Rancière is too harsh when he talks about a hatred of democracy. Maybe it is more of a discomfort, a distrust of the ability of people to decide for themselves.

So what should we do when faced with ‘the blind fury of the horde’? If we are democrats we should realise that they are not blind after all and add one more voice to their fury.