Equality, parity of esteem and developing a reconciliation process 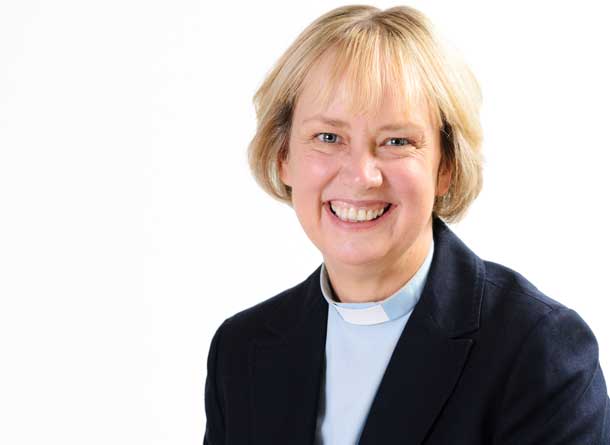 You are leaders. Your challenge and mine is together to act, to build a future that includes everyone which is forward-looking and in which everyone’s story is really valued

DR HEATHER MORRIS, in line to take up the post of the first female President of the Methodist Church in Ireland in June after being elected in June of last year, was an invited speaker to the Sinn Féin National Youth Congress held in Belfast on 1/2 March.

The Methodist Church operates across the island of Ireland and the Methodist community in Ireland numbers about 53,000.

The Director of Ministry at the Edgehill Theological College in Belfast told her audience of young republicans that “taking parity of esteem seriously rather than just nodding in its direction, doing the hard work of developing a reconciliation process, is going to take effort and it is going to cost”.

This is what the President-designate of the Methodist Church in Ireland said to the Sinn Féin National Youth Congress.

I AM the mother of sons and when they were younger I read them stories at bedtime. Those stories became part of our lives; we would find ourselves talking about them during the day. The stories we tell are not neutral, they become part of our lives; they form us. Stories stir our thinking, our feeling and our imaginations; they are powerful.

So let’s hear some stories. Use your imagination as you listen . . .

Billy is 20. He lives on the Newtownards Road. He grew up hearing his grandparents’ stories of having to defend “the Protestant cause” and of how they had fought to do that. He believes that since the Peace Process his rights have been taken away slowly but surely, that his community is now profoundly disadvantaged.

He believes that there is a bias against his community, that no-one speaks for him — not the politicians, certainly not the Church, not even many of the ex-combatants who have now softened and become community workers. He could have voted but never has. For a long time he has been feeling as if he has no power, as if things are happening around him that he cannot influence. He is worried about change and about the possibility of a united Ireland, and he has been getting angry. Then 3 December came and since the flag came down from City Hall he has been on the streets — and actually it feels good.

Elsie is 60. She has always voted Ulster Unionist. She’s Methodist and goes to church every Sunday. She grew up on the Sandy Row  and moved to Lisburn about 30 years ago. She still drives into church in Sandy Row but that is really all the contact that she has with the area now. She wants peace, she wants a good place for her grandchildren to live. She has Catholic friends at work. She is known as a good person. If others are making sectarian comments she speaks out against that. She has tried for years to do what she can. Last autumn, the Belfast District of the Methodist Church made a statement about the Ulster Covenant, saying that the threat of violence was not right and that God could not be understood as being on one side rather than the other. While she understood what was being said in her head, in her heart she had been hurt. She knows that the demographics in Belfast are changing. Then the flag went down. She is surprised to feel herself getting angry. She didn’t know that she cared about the flag but it does feel as if her identity is being chipped away bit by bit.

Jane is 50. She is a Methodist. She went to school in Dublin, speaks Irish, and feels Irish. She has lived in Belfast for 30 years now. She works for an organisation which aims to build peace and is committed to this city and its well-being. As she drove home with her teenage children in the car last Christmas and was diverted yet again by a flag protest, she found herself thinking for the first time ever it would be better for her kids to get away from here and build better lives than they could build here. That thought made her deeply sad.

Now how do you react when you hear those stories?

Some of us may want to respond with arguments, such as that Billy is wrong in his assumptions. You know that in the latest measures of deprivation that it is single-identity Catholic and nationalist areas that are faring worst and whose levels have actually deteriorated in the last five years

For some of us, our gut reacts and we feel frustrated, angry.

Some will think: ‘I don’t care. I know my agenda, they need to get their act together — we did.’ Or even: ‘Let them react like that, let them tear themselves apart. If they do that we win.’ But  it is not a victory for nationalism if the Protestant/unionist/loyalist community is in disarray. 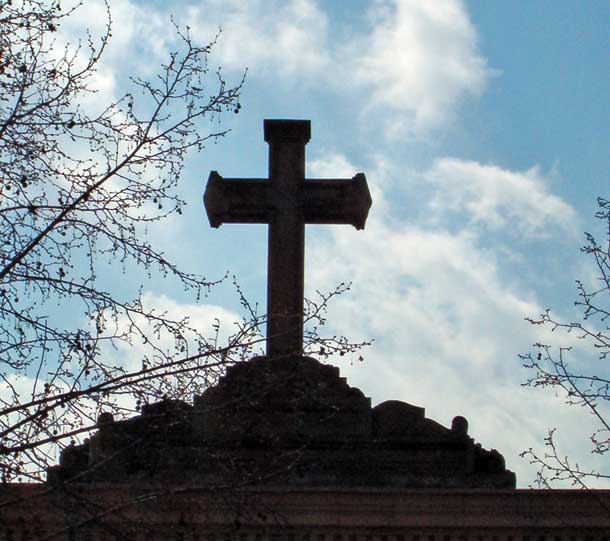 • ‘The challenge for the churches, and all of us, is to be part of building peace, to engage and listen, and to understand’

The question then is for the sake of a real shared future will we really try to understand and feel what others feel, even if and when we profoundly disagree or what they are saying makes us angry, or when we think what they are feeling gives me political advantage?

Many of us may be uncomfortable with ‘demand’ language but actually I believe that committing to really hear others’ stories is part of living the importance of parity of esteem and that building a reconciliation process makes demands of us.

It demands that we really make an effort to understand and to take seriously the experience of the other. Relationship building is not just a soft way into getting what we want. If we are committed to really hearing the other view then there will be a possibility that our understanding, even our opinions, will be changed.

It demands that we make the effort and build relationships. We can shout at each other across a crowded room or hall but that entrenches rather than engages. It’s round the table that trust is built. That has been happening quietly and feeding into the political process. Some in this room, in your party, have modelled that. That emphasis is part of the Methodist heritage.

An important emphasis in Methodist theology is the word ‘all’ — that God loves all, invites all to follow. That leads to an openness.

It was in that spirit that, in 1974, Reverend Eric Gallagher was among the prominent Protestant church leaders who met IRA leaders in a town in County Clare called Feakle. This was at a time when these sorts of meetings did not happen. There was a cost to that action. It was in that spirit that Reverend Dr Harold Good became involved in the decommissioning process and ongoing peace building. I ask myself as I ask all of you: ‘What courageous actions that will build peace are called for now?’ Know this: leaders who build those sorts of relationships may well be accused of betrayal.

I took broad brush, fairly stereotyped scenarios earlier but we know that there is more subtlety to reality than that — there are not just two communities on this island.

Even within the Methodist community there is huge variety. Within the Methodist community across this island there is a wide variety of experience and political views. Chuaigh mé ar scoil í mBaile Átha Cliath, triocha bliain ó shin. Níl ach beagán Gaeilge fágtha agam anois. On the one hand this is challenging and on the other is profoundly powerful because, from a perspective of faith in God, I believe that there is something wonderful, something that points to God when people can honestly differ and love each other, want the best for each other, care for each other.

And if you are up for that — serious about engaging, listening, telling your own stories, building relationships, and you aren’t doing it already — then here is an offer: if you speak to me or contact me I will facilitate those opportunities.

Commitment to hearing each other’s stories is vital and it is limited. We need to recognise that core issues still need to be addressed and we will need to act.

Commitment to a reconciliation process which builds a real, shared future demands cost.

For example, I absolutely stand over the democratic process that led to the decision being made to only fly the Union flag on City Hall on designated days. My question is was that decision wise at this time? It was in accordance with democratic process, it was folks’ right to vote that way, but in terms of the big picture and a shared future was it wise? Would it have been better to bear a cost of holding back that decision?

And, on the other hand, I must ask are contentious parades, while lawful, wise? 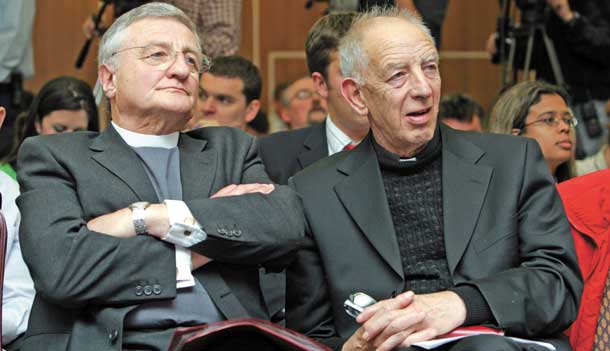 ‘Mutuality’ demands that we consider and respect the impact of any action — however legitimate — upon others AND upon the Peace Process.

For me, some of that cost is about being honest about the churches’ role. I can tell you about Reverends Gallagher and Good but, as churches, too often we have allowed religion to divide us. I am deeply sorry about that.

Commitment to that shared future demands being willing to bear cost as we continue to think about how we deal with the past for all of us. How do we honour the past, mark it and not let the past be a millstone either round our necks or which we use to batter ‘the other’?

You are leaders. Your challenge and mine is together to act, to build a future that includes everyone which is forward-looking and in which everyone’s story is really valued.

From the perspective of Christian faith I believe that a shared future is not only desirable but fundamental and possible — in Seamus Heaney’s words, “reachable from here”. The challenge for the churches, and for all of us, is to be part of that, to build peace, to engage and listen, and to understand.

For me personally, and for all of us who want to take our faith seriously, whether we be Protestants or Catholics, to do all that is simply to follow the example of Jesus, who lived that way.