We WILL scrap the Property Tax, pledges Pearse Doherty 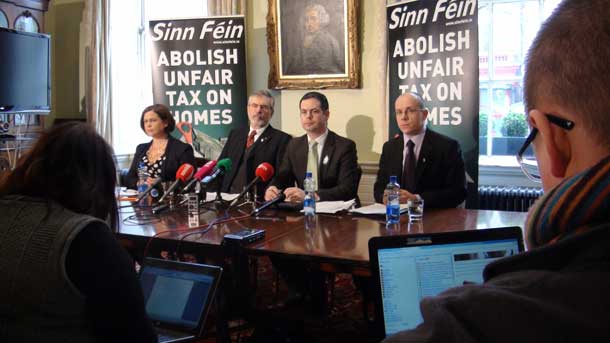 PEARSE DOHERTY says that Sinn Féin WILL repeal the Fine Gael/Labour Party Local Property Tax as a priority if it is in Government after the next general election. The Donegal TD and Sinn Féin Finance spokesperson made the commitment at the formal launch in Dublin by Sinn Féin on 25 March of the Finance (Local Property Tax Repeal) Bill.

“This tax was signed off on by Fianna Fáil and has been taken up by the Fine Gael and Labour Government. There is a wide range of alternatives as Sinn Féin has consistently pointed out.”

At the launch, Pearse outlined some of those alternatives, costed by the Department of Finance. He added: 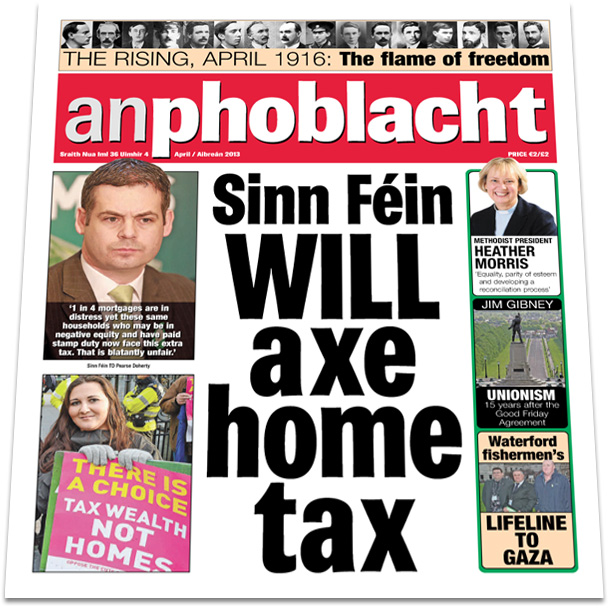 “We know the reality that one in four mortgages are in distress yet these same households who may be in negative equity and have paid stamp duty now face this extra tax. That is blatantly unfair.”

“Sinn Féin in government will repeal this tax,” Pearse Doherty said. He added that the Bill would refund the tax paid by citizens for the year in which it is scrapped.

“We will continue to campaign across the state to win support for this Bill.”