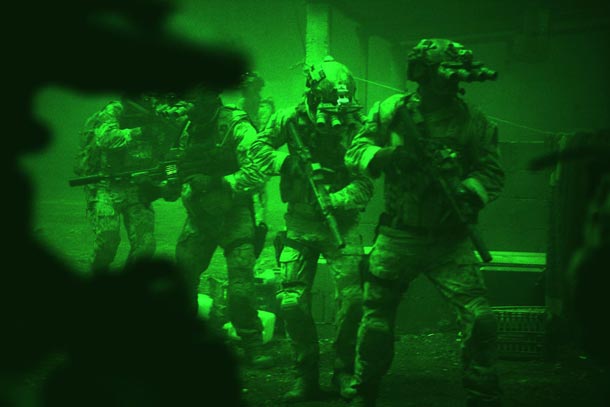 OSCAR-WINNING makers of The Hurt Locker are behind Zero Dark Thirty, a ‘docudrama’ following a CIA team tasked with hunting down Osama Bin Laden. One of the most controversial flicks of the year, it promises a lot more than it delivers.

The film opens by telling us that it is “based on first-hand accounts of actual events” followed by a black screen over which we hear real audio from the 9/11 attacks by Al-Qaeda on New York’s Twin Towers — phonecalls, panic, explosions. We then jump forward two years to a CIA ‘black site’ secret prison in Afghanistan. Maya (Jessica Chastain), a  rookie agent obsessed with finding Bin Laden, looks on as her colleague, Dan (Jason Clarke), tortures and beats a detainee for information. Despite being newly-arrived from Washington, Maya is unfazed. The next 25 minutes consist of more of the same, with Maya eventually joining in.

Most of the characters in Zero Dark Thirty are shallow and one-dimensional, seemingly incapable of expressing any emotion other than brief outbursts of anger. The audience is given no information on any of their backgrounds, personal lives or inner turmoils (if they have any). 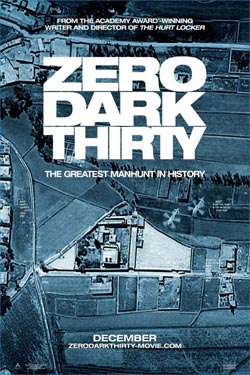 At no point does any of the film’s heroes question whether the invasion of another country, torture of detainees or the assassination of unarmed people is acceptable. Children losing their lives as ‘collateral damage’ in CIA/Pentagon attacks in the West’s ‘War on Terror’.

The film’s makers have maintained that Zero Dark Thirty did not set out to ask whether torture is acceptable yet the entire plot rests on the fact that a name extracted under torture is the key piece of information that leads the US to Bin Laden’s safe-house. To the viewer the message is simple: ‘If we hadn’t tortured a suspect, we wouldn’t have got our target.’

This is hammered home as CIA agents complain (following Barack Obama’s election) that detainees are now all “lawyered up”.

The climax of the film, the raid on Bin Laden’s compound is visually and atmospherically brilliant and without a doubt the highlight, but it just cannot compensate for the two hours beforehand which feel like you are watching an extended episode of Law & Order as Maya tries to convince her colleagues that she is on the right trail. If this scene does highlight one thing it is that the raid was a “shoot-to-kill” operation and not a capture mission.

Zero Dark Thirty pales in comparison to other dramatised ‘true stories’ such as the fantastic Zodiac (2007).

Like Bigelow’s Oscar-winning The Hurt Locker, this film might get rave reviews from gung-ho American audiences. Others are likely to find it to be an over-long, partisan look at the hunt for Bin Laden with a very ambiguous stance on the issue of human rights abuses.

Two out of five.