One of the last white elephants of the Celtic Tiger years

‘This is a national scandal. They might as well take public money and burn it in front of City Hall’ – Mícheál Mac Donncha, Sinn Féin Dublin City Councillor

IT’S ESTIMATED to have cost €91million in taxpayers’ money yet not a single block has been laid. Say hello to one of the last white elephants of the Celtic Tiger years: Dublin City Council’s Poolbeg Incinerator — a project that has been squeezing millions out of people’s pockets since the late 1990s with no end in sight to the fiasco.

The idea of building an incinerator came to the fore in the 1990s with Dublin landfills filling up and some reports claiming incineration is environmentally preferable to landfill. At the time, the state’s recycling was a mere 5%, compared to 40% today. Plans were drawn up, neighbouring county councils contributed towards the project, and tenders were placed in the European Journal. The contract would see the massive incinerator burn 600,000tonnes of rubbish every year while authorisation to burn 80,000tonnes of sewage sludge has also been granted. Despite not having bid for the original contract, the US company Covanta — which is having trouble raising money to fund the project — is now the majority interest in the site.

The absolute mess Dublin City Council has created can be seen in the consultancy fees alone. These have spiralled out of control from the original contract of €8,327,510 to a massive €28,442,827. A report by the local government auditor found the consultants’ contract breached procedure guidelines, there was a lack of financial records, and no minutes of meetings of the management board could be found. In its own overview of the project, Dublin City Council admits “this client representative contract was not readvertised when it breached the 50% threshold rule in 2005”. City Manager John Tierney even apologised that the auditor “found it necessary to apply such criticism”.

The contract itself for what is officially known as the ‘Dublin Waste to Energy Project’ has been shrouded in secrecy and confidentiality but it did include a bizarre “put-or-pay” clause that means Dublin City Council must provide 320,000tonnes of waste per year to the plant or face fines of up to €351million. Since then, though, Dublin City Council has privatised its waste collection service, making it impossible for the Council to meet any such obligations. Nor can Dublin City Council force private companies to deliver waste to the incinerator. The Department of the Environment’s Hennessy Report into the project notes that there is “no express means by which Dublin City Council’s commitment to the project and to the delivery of agreed volumes can be altered”. If a settlement is found, it must be outside of the contract.

The amount of household refuse needed to keep the plant operating would require an extra 800 truck journeys a day, putting a massive strain on local roads even if it did materialise. In the original planning it was expected the proposed South-Eastern Bypass of the M50 ring-road could accommodate the trucks. However, this part of the road network was never built when the construction of the M50 was completed eight years ago and has since been shelved.

In an attempt to delay the incinerator, the Green Party’s then Environment Minister, John Gormley, planned to bring in rules restricting the amount of waste going to the plant and to introduce levies on those delivering waste. This all changed with the general election of 2011. Covanta adviser and property developer Arthur French has been prominent in Fine Gael fund-raising events such as a K Club Golf Classic in 2010 but French says he never met the Environment Minister over the Poolbeg issue. 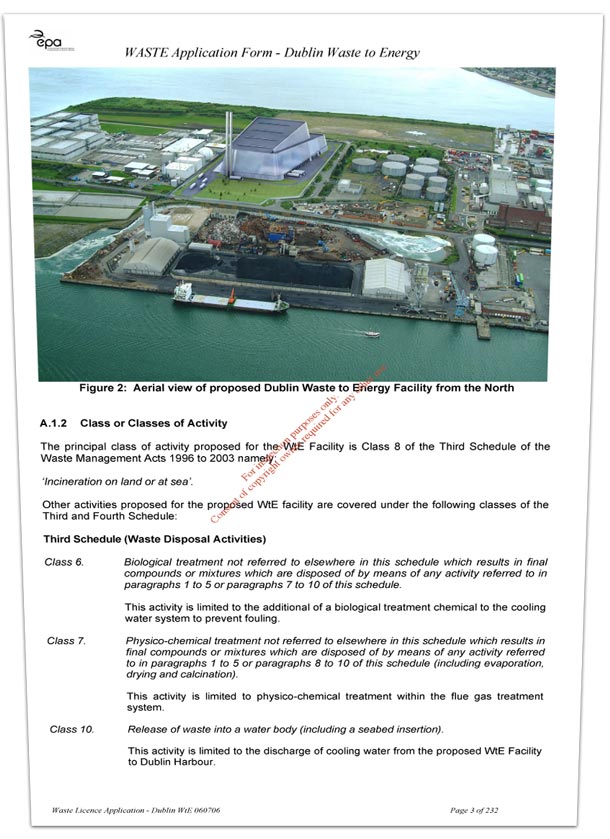 •  An artist’s impression of the proposed ‘Dublin Waste to Energy’ incinerator at Poolbeg peninsula, Dublin

Before Fine Gael got into government, Covanta’s European vice-president held meetings with them in early 2011 to discuss their difficulties with the project. Covanta described Fine Gael and Labour as “sympathetic” to the company’s plight. Before the election, Hogan was singing a different tune. Speaking in the Dáil on 8 July 2010, Phil Hogan said: “Fine Gael is opposed to incineration and always has been.” He went on to ask John Gormley could he not “turn down” the contract.

Serious concerns have also been raised over Covanta.

In the USA, Covanta’s parent company has faced millions of dollars of fines for breaches of environmental laws that have included excessive emissions of carcinogenic dioxides.

In Canada, it is also under investigation as to how toxic ash from one of its incinerators ended up in a landfill instead of a hazardous waste facility. Questions have been raised over breaches of labour standards for employees.

On Dublin City Council, Sinn Féin has been the only major party to have a constant position on the issue as Fine Gael, Labour and Fianna Fáil have flip-flopped as they attempt to reconcile their support for incineration as a form of waste management against massive public opposition to an incinerator on the ground.

While there have been calls for the complete scrapping of the project, it will still cost Dublin City Council an extortionate amount of money as the Hennessy Report recommends:

“The contractor should receive a termination payment which leaves it in the position it would have been in had the contract run its full course.” 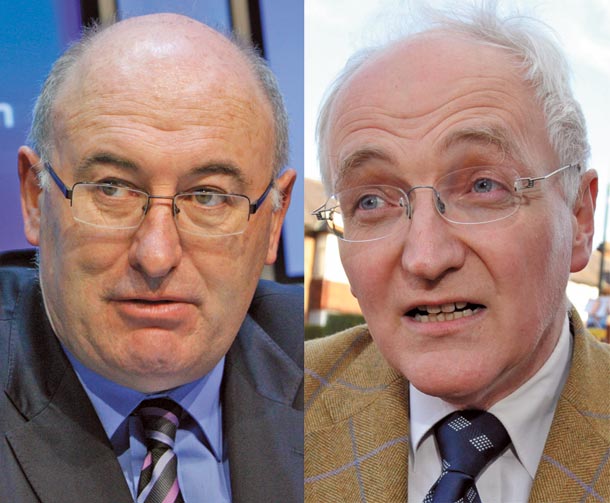 In other words, investors should get the returns they expected even if the project never goes ahead! The overall cost of the incinerator project for the length of its 25-year contract is expected to be €600million with profits of €1billion estimated to be made for the private companies involved.

“This is a national scandal. They might as well take public money and burn it in front of City Hall. At the City Council’s Budget 2013 meeting the Sinn Féin councillors proposed that the latest instalment from the Council to the incinerator should be diverted instead to homeless services. Fine Gael and Labour voted against this proposal.

“And now, at a time when funding for local government and its vital services such as housing is being cut, we still face the massive bills for this unwanted and unnecessary incinerator. We will continue to highlight this and demand that Dublin City Council management and Minister Hogan remove this massive burden from the backs of the citizens of Dublin and Ireland.” 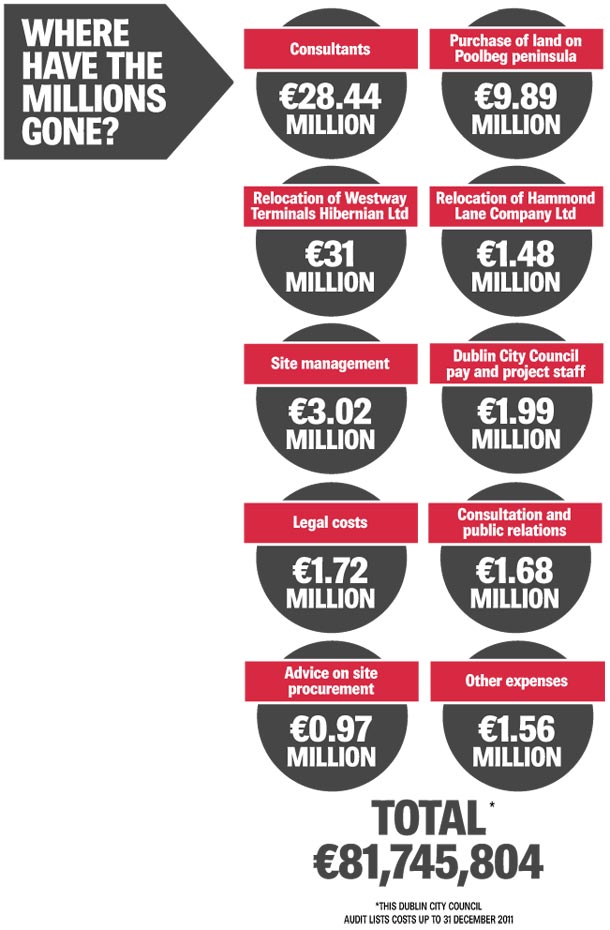 Where have the millions gone?