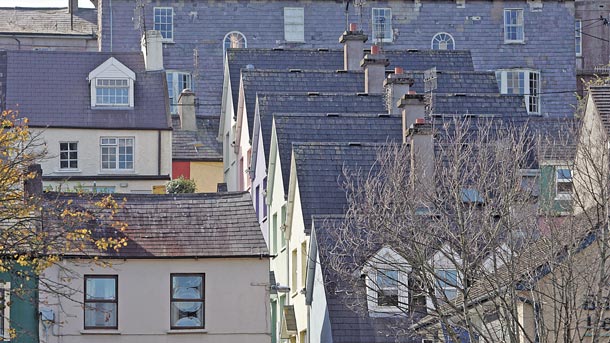 If the Minister for Social Development is allowed to proceed, existing and future social housing tenants will be the big losers

NELSON McCaulsland’s Assembly statement on the future of the Housing Executive has caused a bit of a stir.

Much of the debate has focused on whether the minister’s proposals have an underlying sectarian motivation. This is hardly surprising given the reasons for the establishment of the Housing Executive in 1971 and Nelson McCausland’s own dubious record on housing issues in north Belfast for over two decades.

There is undoubtedly a need to ensure that the planning, delivery and management of social housing remains free from any modern-day unionist gerrymandering. But the real danger in Minister McCausland’s proposals does not lie here.

In Ireland and Britain, governments are seeking to withdraw from the direct provision of social housing for those whose needs cannot be met by the market.

In Britain, housing authorities have been busy replacing the traditional provision of council housing with a mixture of private and voluntary schemes.

In the 26 Counties, a similar approach has come to dominate social housing law and policy. Council tenancies are being replaced by a plethora of new hybrids such as the Rental Accommodation Scheme and the Long-Term Leasing Scheme, both involving private landlords and voluntary housing bodies.

The primary motivation for this shift is cutting costs. Governments want to reduce both the short-term construction costs involved in the provision of new housing and the long-term cost arising from the management and maintenance of housing stock.

Nelson McCausland’s proposals for the ‘reform’ of the Housing Executive are part of this new consensus. They have nothing to do with the reform of social housing provision: they are all about transferring the cost of social housing onto the voluntary and private sectors.

If the Minister for Social Development is allowed to proceed, existing and future social housing tenants will be the big losers.

The state is the only body with the resources and capacity to adequately provide social housing to those who are left behind by the market.

While the voluntary sector should continue to have a niche role, particularly in the provision of special needs housing, it does not have the capacity to manage the entire social housing stock. Equally, the private sector will never be able to provide housing on the basis of need.

There is no doubt that the Housing Executive is in need of reform. However, Minister McCausland’s agenda is not reform. He is seeking to reduce the role of the state in direct housing provision. This approach is failing in the South and failing in Britain.

Sinn Féin activists must oppose Nelson McCausland’s ill-conceived proposals. We must champion the role of the state in the direct provision of social housing. Otherwise, the delivery of high-quality social housing on the basis of need will become a thing of the past.