Why is the Southern Establishment afraid of a Border poll? 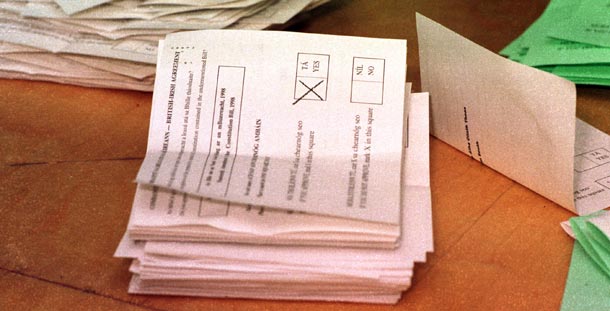 • The Good Friday Agreement allows for a Border poll

The call for a united Ireland is a call for a NEW society, not the extension of the existing South over the North as well

WHILE OPINION POLLS in the South indicate majorities both for Irish unity and for a Border poll as called for by Sinn Féin, the Southern Establishment remains decidedly lukewarm if not downright hostile about the idea.

It has, however, been obvious for sometime that there is no appetite for ending partition amongst the propertied classes in the South. If a united Ireland could be handed to them on a plate without complications they would be happy enough, but they have long since come to the view that the Southern (Catholic) bourgeoisie should rule in the South and the Northern (Protestant) bourgeoisie should rule in the North.

Whether the country is partitioned or not, that’s the ‘solution’ they want.

It has, of course, all gone horribly wrong.

The original idea in Fianna Fáil was that the Peace Process would lead to an SDLP/DUP/Ulster Unionist Party-dominated system in the North, with an end to the most obvious discrimination and sectarianism but with Taig middle classers getting a junior share of the capitalist spoils ó thuaidh.

This hasn’t eliminated sectarianism or the negative social and economic consequences of the connection with England but it has changed the dynamic: Irish unity is now on the agenda and this poses as big a threat to Southern propertied interests as it does to those who benefit from the British connection in the North.

James Connolly pointed all this out a hundred years ago when he warned that partition would lead to a carnival of reaction on both sides of the Border — and that is exactly what happened. 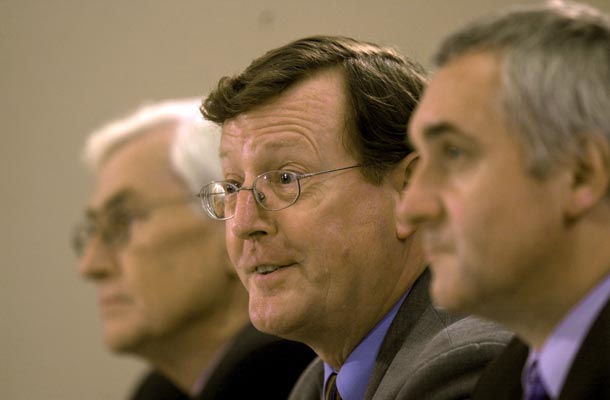 • Fianna Fáil’s idea was an SDLP/DUP/Ulster Unionist Party-dominated system in the North, with Taig middle classers getting a junior share of the capitalist spoils

Traditionally, Southern parties exercised a verbal interest in reunification but did nothing about it. Now, faced with a real call to action, these same parties take refuge in the idea that ‘the time is not right’, that it will ‘provoke’ the unionist rank-and-file already inflamed by the Union flag issue, and so on.

Labour and Fine Gael barely pretend to be ‘nationalist’ parties, especially Labour despite its spurious claim to be the party of James Conolly, a political mentor they ignore practically every step of their way.

But Fianna Fáil do boast that they are a — indeed THE — republican party.

They have no programme of action to give meaning to this and the mixed-up hysteria with which Mícheál Martin has greeted Sinn Féin’s call for a Border poll shows how shallow their republican commitment is.

But since opinion polls show that a majority still favour unity, Fianna Fáil have to find other reasons to oppose action: and they take cover behind a fear of a violent loyalist response which, of course, they blame Sinn Féin for.

The reason for this shadow dancing is that while Fianna Fáil has traditionally attracted a republican-inclined vote, the essence of their stance has been to protect a favourable climate for business first and foremost. If working-class unity, undiverted by sectarian divisions, came about, business would have to make major concessions to the interests of the mass of the people.

Further, while Northern Protestantism is politically tied in with reaction, and at times quasi-fascism, the basic democratic credentials of a Protestant worldview, acting in harmony with fellow citizens, would be a major spur to the republican ideal of subordinating private interests to the common good. 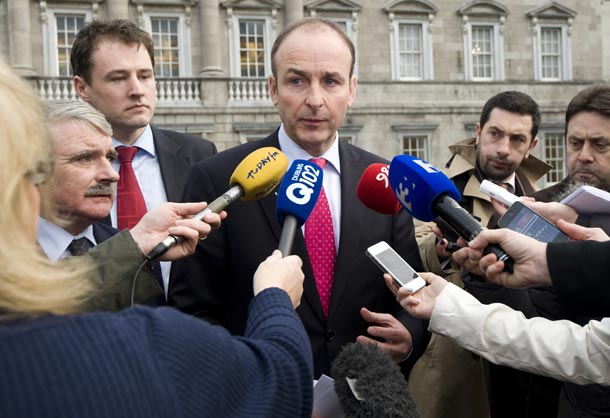 The last thing that Fianna Fáil or the Establishment want is a united Republic mobilised by Sinn Féin and other democratic elements. Unity under the firm control of the propertied classes, North and South, is one thing, but God forbid that the working people would shape the new society.

And the call for a united Ireland is a call for a NEW society, not the extension of the existing South over the North as well.

That is what the Establishment parties fear and why they oppose a Border poll.

This will not be a short campaign. It will be long and drawn out but the very process of debate will show the positive role that Northern Protestantism can play — as their ancestors did in 1798.

It’s the debate and the reaching out in a difficult conversation that holds the best hope of a way forward, but Fianna Fáil can only quake with fear at such a prospect.