The British Labour Party and Ireland 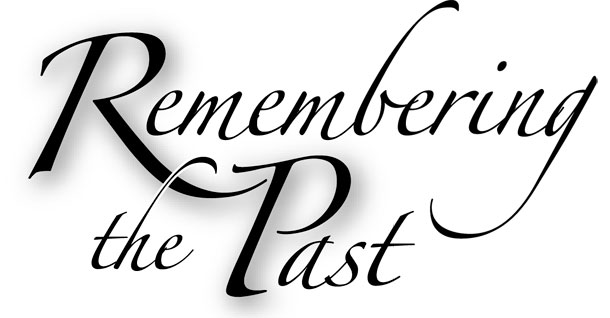 Ken Livingstone told An Phoblacht in 1983: "Everybody in Britain knows that a future government will sit down and negotiate with the IRA about a conclusion of the war, as we sat down and negotiated with every other group fighting us in a colonial war"

THE HISTORY of the British Labour Party and its attitude to Ireland has been one of pride and shame, solidarity and betrayal at different times and among the different political tendencies within that very broad-based party.

During the rise of democratic politics in Britain in the 19th century, many Irish immigrants and people of Irish descent played a central role, notably Feargus O’Connor, leader of the Chartist movement which struggled for the right to vote and against landlordism and wage slavery. As the trade union and labour movement grew in the late 19th century, the Irish were prominent, as was solidarity with Ireland among some on the Left. 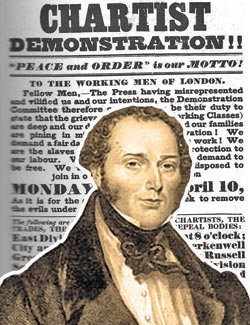 Irish Land League leader and radical thinker Michael Davitt placed great emphasis on links between Ireland and the British labour movement and addressed meetings throughout the island of Britain in the 1880s and 1890s.

However, the labour movement in Britain also reflected the imperialism in British society which had seen many, especially craft workers, benefit from imperialist exploitation of peoples across the world. Anti-Irish racism was also reflected in Labour ranks. The conservatism of the British-based trade unions, as well as the desire for an independent Irish trade union movement, was one of the main reasons for the establishment of the Irish Transport and General Workers’ Union by Jim Larkin in 1909. There was solidarity from Britain with the Dublin workers in the 1913 Lockout but it fell short of what was required.

During the Black and Tan War, many in the British Labour Party condemned atrocities by the crown forces and the work of the party’s delegation which visited Ireland at that time was important in bringing international attention to the Irish people’s plight. By and large, it was all downhill after that. 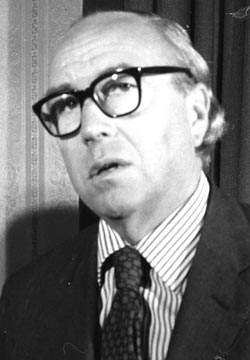 The lowest point was reached during the 1974-1979 Labour Government which intensified repression in the Six Counties, treated republican prisoners in England appallingly (hunger strikers Michael Gaughan and Frank Stagg died in English prisons under Labour Home Secretary Roy Jenkins), built the H-Blocks and imposed the policy that led to the 1981 Hunger Strike and the death of 10 republican hunger strikers.

The 1981 Hunger Strike had a significant influence on many on the left of the British Labour Party. Interviewed in An Phoblacht in 1983, the leader of the Greater London Council (GLC), Ken Livngstone, said:

“The Hunger Strike was really a response to the sort of politics followed by the Labour Government and flowed from that sudden determination from the Labour right-wing, who were completely under the thumb of the military advisers on policy in Ireland, to decide to try and break the IRA. The Hunger Strike was like a shock wave coming back.

“There was amazement amongst a lot of ordinary Labour Party members to suddenly see, first, Bobby Sands win, then Owen Carron, then Sinn Féin people like Gerry Adams and Danny Morrison get elected, and it has really forced them to think about Ireland for the first time.”

In December 1982, the Labour-controlled GLC invited Sinn Féin elected representatives to visit London and hold talks on the Irish conflict. There was a storm of reaction from the Tory press and the Thatcher Government promptly imposed orders excluding Gerry Adams, Martin McGuinness and Danny Morrison (all elected to the Six-County Assembly in October 1982) from Britain. This made nonsense of Thatcher’s claim that ‘Northern Ireland’ was “as British as Finchley”.

In February 1983, Ken Livingstone and fellow Labour Councillors Cathy Bundred and Steve Bundred accepted an invitation from Sinn Féin and visited Belfast. There was more hysteria from the British press, a typical headline being the Daily Star’s ‘Red Ken in the Den of Hate’. The depth of conservatism on Ireland within the British Labour Party was shown by the reaction of Labour Party leader Michael Foot — generally otherwise regarded as a left-wing figure — who said he did not think Livingstone understood that “Sinn Féin is a terrorist organisation”. 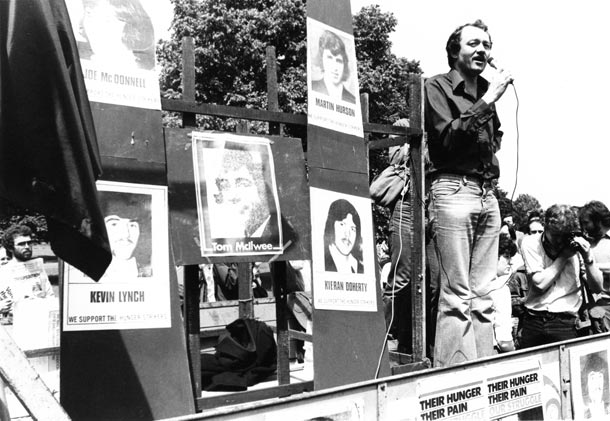 Despite all this, the Belfast visit broke through censorship and provoked renewed debate on Ireland. “Everybody in Britain knows that a future government will sit down and negotiate with the IRA about a conclusion of the war, as we sat down and negotiated with every other group fighting us in a colonial war,” Ken Livingstone told An Phoblacht.

The Livingstone visit to Belfast took place in February 1983, 30 years ago this month.