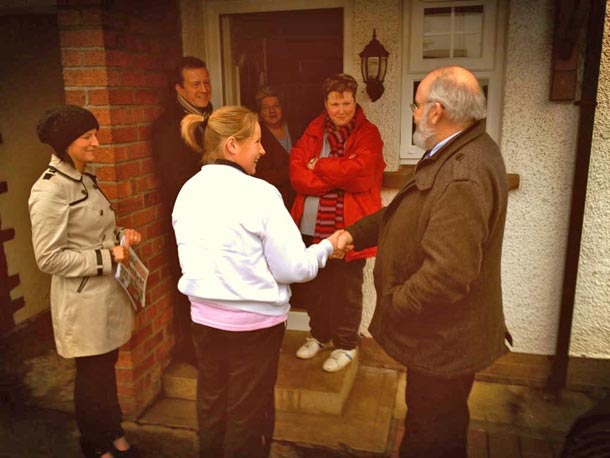 “It’s important that we strengthen our vote and use it to build our project to unite the country because, when all is said and done, we are republicans and our objective is a united Ireland, ‘An Ireland of Equals’.”

SINN FÉIN is up and running in the Mid-Ulster by-election battle to retain the Westminster seat vacated by deputy First Minister Martin McGuinness.

The party’s candidate, the hard-working and irrepressible Francie Molloy, who was the Director of Elections for Bobby Sands, has the overwhelming support of republican activists from across the constituency.

With the official launch of the election campaign on Sunday 3 February in Galbally Community Centre, County Tyrone, it is clear that the party is focused on holding the seat against a concerted unionist challenge. Every vote is needed to defend the seat.

Republicans have already held numerous meetings throughout those parts of Counties Derry and Tyrone that make up the Mid-Ulster constituency.

Despite running to a tight schedule, the candidate took time out to tell An Phoblacht that he is relishing the canvassing and the contest, already underway. 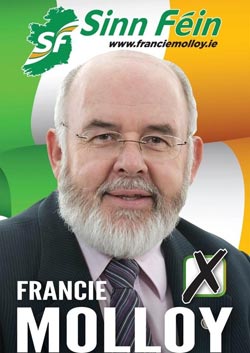 “When Martin McGuinness won this seat in 1997, taking it from the DUP’s Willie McCrea, it was a watershed moment for republicans across the North, not just here in Mid-Ulster.

“It showed us what we could do when we stood shoulder to shoulder as republicans and since then Martin has represented this constituency and all the people in a fair and even-handed way.

“So it’s important that we keep the seat and continue Martin’s good work for the people.

“It’s important that we strengthen our vote and use it to build our project to unite the country because, when all is said and done, we are republicans and our objective is a united Ireland, ‘An Ireland of Equals’.”

Calling on young people in particular, she urged them “to come out in large numbers to support Francie and show that young people have a role to play”.

As An Phoblacht goes to print, the only other candidate to officially throw their hat in the ring is the SDLP Assembly member Patsy McGlone.

None of the unionist parties has declared its final intention but there is speculation that they may try and run a unity candidate to take the seat off of the only credible nationalist candidate, Francie Molloy. 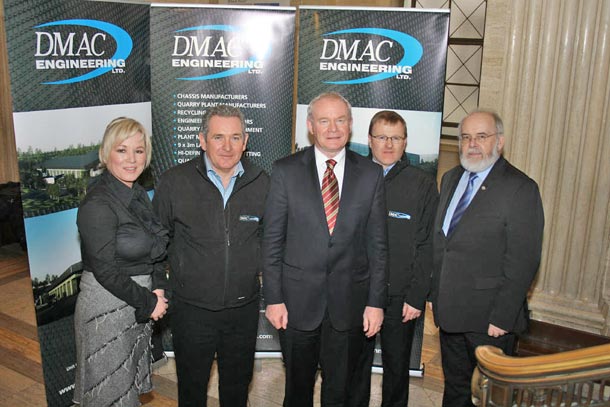