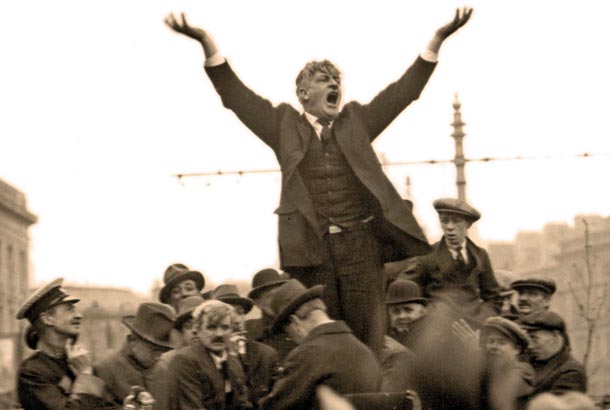 The best way to commemorate is not just to remember sacrifices, David Cullinane says. “That’s part of it but we also need to look forward and build upon the sacrifices of the past.

THE 100th anniversary of the 1913 Lockout will be the focus of a conference hosted by Sinn Féin in Dublin’s trade union headquarters at Liberty Hall on Saturday 2 March on ways to combat austerity and attacks on workers’ rights.

Conference organiser and Sinn Féin Workers’ Rights spokesperson in the Seanad, Senator David Cullinane, says that apart from marking “a seminal event in Irealnd’s history” and looking at the issues that provoked the Lockout and the courageous stand against exploitation by employers, the Liberty Hall event will be an opportunity to look at the current economic crisis and how workers are faring one hundred years after the Lockout. 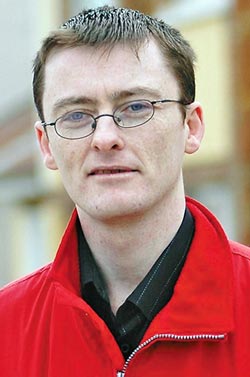 “While we have lots of people unemployed, we have many who are in low-paid or part-time employment and in many areas workers’ rights are still not being vindicated. And we’ve seen that where workers have not been given their proper entitlements and had to fight the company, and sometimes the state, tooth and nail to get their rights and what is owed to them, whether it’s Lagan Brick, Vita Cortex, La Senza, TalkTalk, Waterford Crystal and, more recently, HMV.”

Workers’ conditions have obviously moved on since 1913 but these have been hard fought for and have not been the gift of any state, any government, political party or employer, the Sinn Féin senator says. “They have come through struggle, hard graft and tough negotiations from ordinary working people and their representatives.”

The best way to commemorate is not just to remember sacrifices, David Cullinane says. “That’s part of it but we also need to look forward and build upon the sacrifices of the past.

“If Jim Larkin were alive today, I’m fairly sure he would like ourselves in Sinn Féin and ordinary citzens to be standing up for their rights, to be looking at how we could strengthen workers’ rights and build a republic worthy of the name and encapsulating the ideals and the vision that fuelled the spirit of 1913.”

The conference will look at trade unions today and their role in society: the relevance of the trade union movement in 21st century Ireland.

“Is it a movement working as a collective, or its parts working mainly to service their members,” David says.

“We do need to have that conversation around the relevance of trade unions beyond merely about representing their members and I think that brings us back to the vision of Larkin and Connolly and people who were active in workers’ rights struggles in their time.

“You cannot have profound social and economic change in any state without the mobilisation of working people, and trade unions are a major player in that and change cannot come about unless trade unions are part of that struggle and fighting for it as part of what they do.”

The conference, he hopes, will be an opportunity for people to have a constructive discussion with public sector and private sector trade union leaders to try and improve relationships and how we can best get all the social justice campaign groups to work with organised labour to build a coherent opposition.

The Sinn Féin senator is eager to also use the conference to show the positive alternatives to austerity “and we are not alone, that we have friends across Europe who also believe that stimulus, investment and job creation has to be part of the economic recovery we want rather than austerity, cutbacks and rowing back on hard-gained workers’ rights”.

Nor should our aim simply be defending what we have left or where we stand now, he says.

“We shouldn’t be precious but looking at how we can build progressive alliances working together to build a better future for all the people we collectively represent. That presents challenges to all us, not least the the trade union leadership. They need to be part of that and leading from the front.”

100 years of workers’ struggle in Ireland