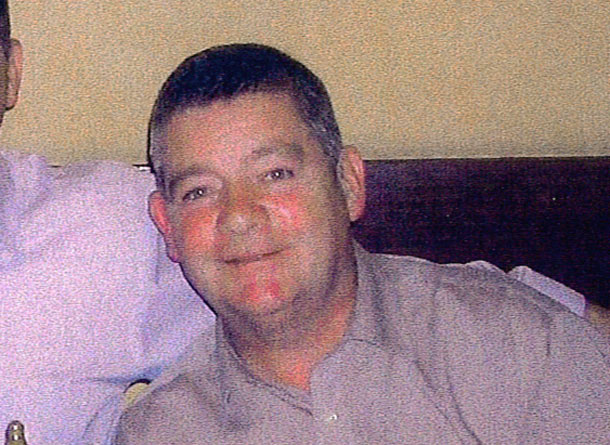 SHORT STRAND stalwart IRA Volunteer Thomas ‘Tucker’ McCrory, who died on 9 August, embodied the spirit of Ballymacarrett. He was at the heart of every major event that engulfed the area over 40 years of struggle and was never found wanting.

‘Tucker’ was born on 27 January 1953 at 83 Short Strand. He was the second child of Leslie and Harriet. Next to Leslie, he was followed by Gerard, Rosie, Bernie and Paul.

Tucker was skilled at soccer and played for Glentoran. He was offered a trial in England but, as with many a young nationalist, the war intervened and Tucker ended up interned in Long Kesh instead of playing at Wembley!

When the barricades were re-erected on the streets in 1969, Tucker and his comrades in the James Connolly slua of the Fianna would not be far away. Likewise when unionist mobs and the RUC attacked the Short Strand on 27 June 1970, Tucker and his Fianna comrades were active.

He was arrested on his 17th birthday and brought to Palace Barracks torture centre. The Brits thought this amusing and sang ‘Happy Birthday’. The IRA then detonated a bomb inside Palace Barracks and Tucker and a comrade arrested with him suffered a severe beating from angry jailers.

Tucker was soon to go on the run and it was during this time he was ‘nearly adopted’ by Betty and Rab Dorrian. (Rab and three comrades died on active service in February 1972.)

Later, Tucker was captured and interned on the Maidstone Prison Ship before being transferred to Long Kesh.

The late 1970s saw an overhaul of the IRA and Tucker’s work took him more and more out of the district. Then, during the infamous ‘paid perjurer’ years of the mid-1980s, Tucker ended up on the run again. It was at this time that Tucker’s mother, Harriet, took ill with cancer and died in 1998. This devastated Tucker and his family.

The last number of years proved to be further tragic years for the McCrory family.

In 2005, his father, Leslie, died; his younger brother, Gerard, died as a result of cancer in 2006; while he himself was to be diagnosed with cancer of the larynx in January 2008; his older brother, Leslie, was to die later that year.

Tucker fought his illness with more bravery than many could imagine. His children Jonathan, Shelly, Joelene and Ryan and his grandchildren were his inspiration. The love of his sisters Rosie, Bernie and brother Paul and his extended family were also his motivation.

Tucker’s wake and funeral were a testament of his popularity. His friend, Fr Stephen Rooney, said the Requiem Mass in St Matthew’s, where he attended Mass regularly.

The celebrant placed no conditions on the family or the Republican Movement and allowed the national flag, beret and gloves to remain on the coffin during Mass. 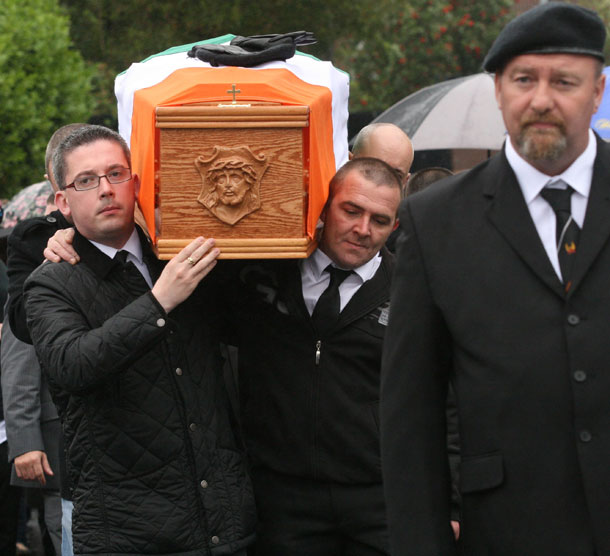