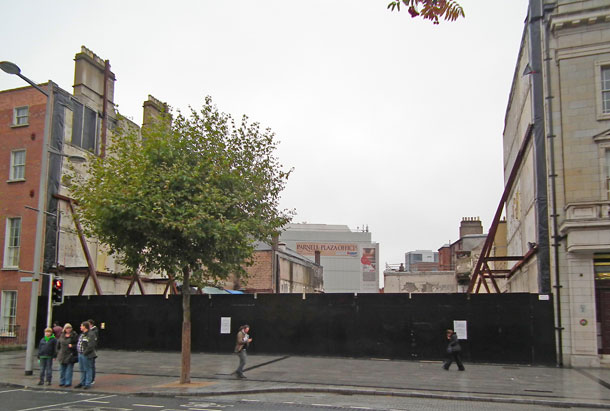 Secret deals and agreements between Dublin City Council management and developers, the misuse of the Compulsory Purchase Order process to benefit one developer, and the deception of the public and public representatives, all featured in the revelations

A TG4 DOCUMENTARY which revealed secret deals between Dublin City Council management and the developers involved in the O’Connell Street/Moore Street site – including the threatened national monument on Moore Street – last meeting place of the 1916 leaders, has blown open a scandal of national proportions.

The revelations in the TG4 documentary have shed dramatic new light on the complex planning and legal wrangle surrounding the historic last meeting place of the 1916 leaders on Moore Street after they evacuated the burning GPO. The situation sees what should be an iconic site under continuing threat with a huge section of the main street of the capital city lying derelict for decades.

Secret deals and agreements between Dublin City Council management and developers, the misuse of the Compulsory Purchase Order process to benefit one developer, and the deception of the public and public representatives, all featured in the revelations.

We must now have full disclosure from Dublin City Council management about all the details of this debacle and full accountability for actions taken.

It would be inconceivable for the proposed giant shopping mall to go ahead now against the background of this planning scandal and in the face of massive public support for the full preservation of the national monument and the enhancement of this historic quarter of our city. 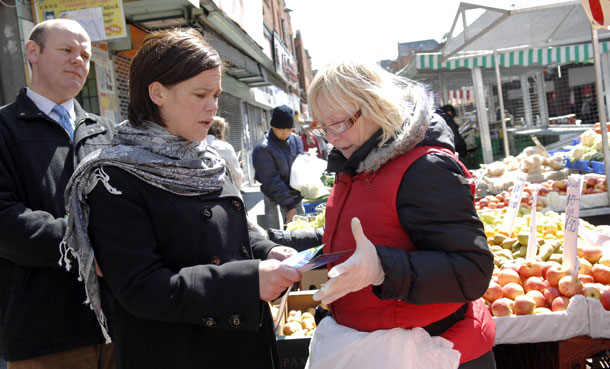 The issue was raised in the Dáil by Sinn Féin Deputy Leader Mary Lou McDonald during Leaders’ Questions (Moore Street is within her Dublin Central constituency). She said the documentary “exposed a record of skullduggery and secret dealings between the management of Dublin City Council and developers”. She asked Education Minister Ruairí Quinn:

She pointed out that Arts, Sport and Culture Minister Jimmy Deenihan has had this matter on his desk for months and he can refuse to give the go-ahead to Chartered Land to build on and encroach upon any part of the national monument, the historic last meeting place of the 1916 leaders on Moore Street. Ruairí Quinn said the questions on planning should be directed to Dublin City Council but added, cryptically, that Mary Lou McDonald will be “more than happy” with Deehihan’s decision when he makes it.

The TG4 documentary Iniúchadh – Oidhreacht na Cásca asked how a site which at one point offered anyone who got planning permission to develop it a tax break of nearly €116million could be still derelict for nearly three decades.  Architect Paul Clinton spoke publicly for the first time about the allegations he made in court that Dublin City Council misused its Compulsory Purchase Order powers to procure the site for Treasury Holdings and examined an extraordinary secret agreement signed between Dublin City Council management and developer Joe O’Reilly of Chartered Land – an agreement that was signed behind the backs of the city councillors.

In 1998, architect Paul Clinton – along with his partners in the Carlton Group, Richard Quirke, Jim McGettigan and Colm Carroll — received planning permission from Dublin City Council to develop a large part of the Upper O’Connell Street area better known as the Carlton site. Clinton claims that, very early on, Richard Barrett of Treasury Holdings said to him that “nothing was going to happen in O’Connell Street” until he accepted them as partners. Clinton also claimed that none other than Frank Dunlop (who was subsequently jailed for corrupting the planning process) also recommended he meet Treasury Holdings. Clinton refused to do so.

Three years after receiving planning permission, Dublin City Council management served a CPO order on most of Carlton Group lands in the Upper O’Connell Street area. All landowners fear a CPO order being served on their lands because, under CPO legislation, once land is ‘CPOed’ the owner only gets the actual undeveloped value of the land, not its potential value if developed. According to claims again made in court by Clinton, the CPO he felt had long been like a Sword of Damocles over his head, and that if he didn’t bring in Keelgrove Properties (a sister company of Treasury Holdings) his land would be CPOed and he would never get his development off the ground.

As a result of a change to the Finance Bill, introduced by then Finance Minister Charlie McCreevy in 2002, a developer who got planning permission to build in the case of certain areas could write off not only 50% of the cost of the development but 50% also of the price of the land against their tax bill. 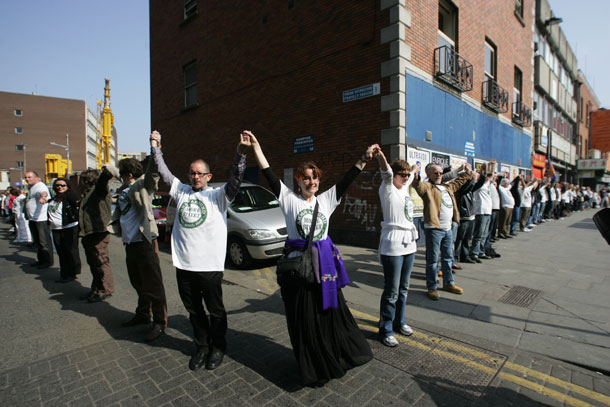 • ‘Hands Around Moore Street’: There has been a vigorous campaign by 1916 relatives and the public to save the historic site in the face of Government indifference

The relatives of the signatories of the Proclamation, like many of the elected councilors, favoured the decision to CPO the lands in Upper O’Connell Street, believing the CPO would place the historic 1916 buildings under state control and thus ensure their safety. That was until they unearthed information about an extraordinary secret agreement signed between Dublin City Council management with developer Joe O’Reilly of Chartered Lands. During Clinton’s court appeal of the decision by the council to CPO his land, the council stated in court that once the CPO was enforced they would put the contract to develop the lands out to public tender. But, under the terms of this agreement, the council had agreed that if Chartered Land developed the site within a period of 10 years, the council would not enforce the CPO order. Not alone that, but the agreement also stated that if the CPO was ever enforced, all lands other than those belonging to Chartered Lands would be CPOed, and the council would then ensure that these lands would then revert to Chartered Lands.

When councilors learned in 2006 of this agreement that had been signed without their knowledge they were furious. Summer 2006 was to witness a series of heated meetings between Dublin City councillors and council management. It all culminated with a secret ‘in camera’ meeting in November 2006 but councillors were warned not to reveal what was discussed outside the meeting. Four Dublin City councillors, including Sinn Féin’s Daithí Doolan, spoke to the Iniúchadh investigation for the first time about what transpired at that meeting.

In 2010, Joe O’Reilly got planning permission to build a large shopping centre in Upper O’Connell Street. But this planning permission would be subject to ministerial consent as the plans involved construction on the 1916 buildings in Moore Street now declared a national monument.

The makers of Iniúchadh told An Phoblacht that key questions they put to the Dublin City Council management have still not been answered. These questions will now be put to the City Manager by Sinn Féin City councillors. 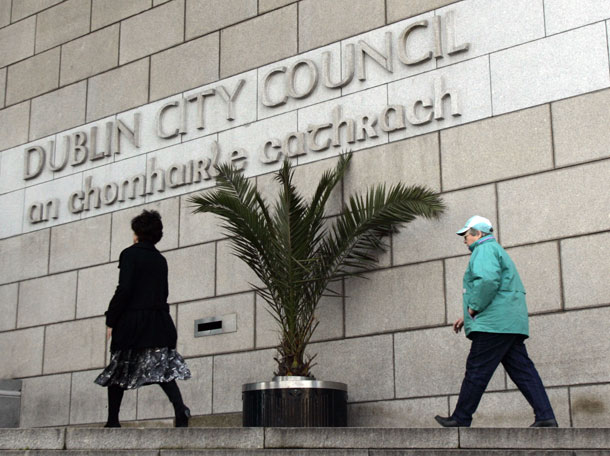