‘We will continue to work for the release of these prisoners’ 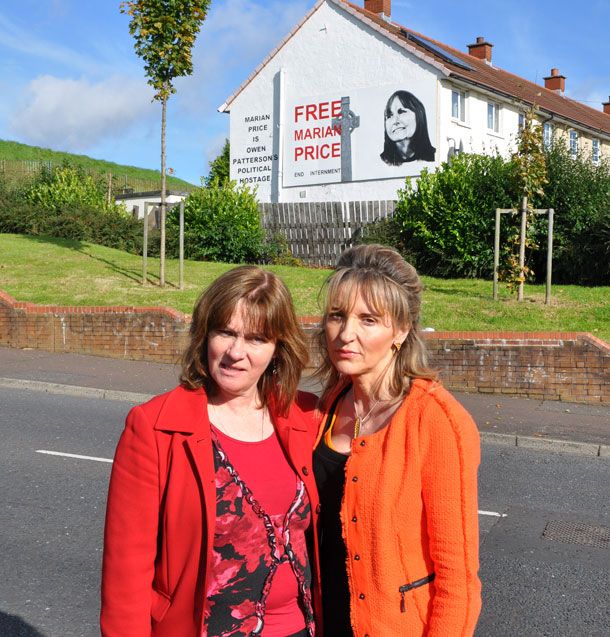 Sinn Féin has also put forward or supported motions calling for the release of Price, McGeough and Corey on a number of councils, including Derry City Council, Dungannon South Tyrone Borough Council, South Dublin County Council, Dublin City Council, Enniscorthy Town Council and Ballycastle Council. Further motions are to be debated on various other councils across the island in upcoming weeks.

THE INJUSTICE of the continued imprisonment of Marian Price, Gerry McGeough and Martin Corey is a thorn in the side of the Peace Process and a blatant abuse of power by the British state. The cases go totally against the spirit of the Good Friday and Weston Park Agreements and only serve to bolster those groups who want to see it destroyed.

“Unjustifiable” is how Sinn Féin MLA Jennifer McCann described the continued imprisonment of Marian Price. Sinn Féin has been consistently active on the issue, organising protests, submitting council motions and meeting with prisoners and other representatives as well as repeatedly raising the cases in talks with British ministers and officials.

In March of this year, following the refusal of Marian Price to meet with a Sinn Féin delegation, Jennifer McCann said:

“Given the fact that she has been bailed on the charges she was originally arrested for, there is no justification whatsoever for her continued detention. Sinn Féin is against the revoking of licences and if there is any evidence against someone it should be brought before a court of law. Marian Price’s continued detention is a serious concern given her medical condition and she should be released immediately.”

Gerry Adams was frank on the issue of these prisoners at the Sinn Féin Ard Fheis in May when he told delegates:

“The British Secretary of State has made a number of unhelpful and unwarranted interventions, including his decision to revoke the licences of Martin Corey and Marian Price. The British Secretary of State should go back to England where he belongs. Marian Price and Martin Corey and Gerry McGeough should be released immediately.”

Following the appointment in September of Theresa Villiers as the new British Secretary of State for the North, there was renewed hope that the three would be released. Deputy First Minister Martin McGuinness  raised the issue with Villiers during their very first meeting. 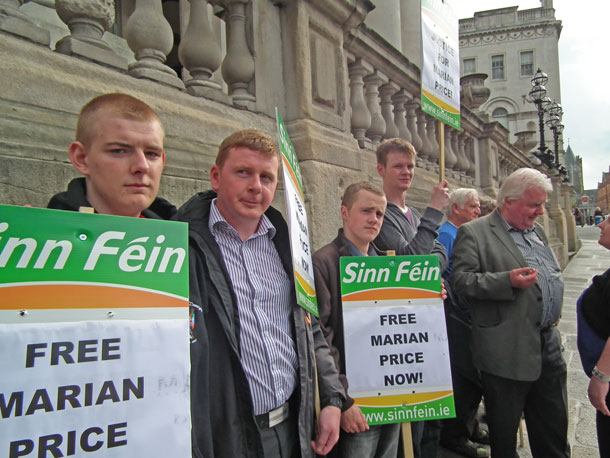 Sinn Féin has also put forward or supported motions calling for the release of Price, McGeough and Corey on a number of councils, including Derry City Council, Dungannon South Tyrone Borough Council, South Dublin County Council, Dublin City Council, Enniscorthy Town Council and Ballycastle Council. Further motions are to be debated on various other councils across the island in upcoming weeks.

As well as Sinn Féin, individual members of the SDLP, Fianna Fáil and the United Left Alliance have also spoken out against the continued imprisonment of the three.

“In relation to Marian Price and Martin Corey, we have always said that people should not be held over the revocation of a licence. We have lobbied intensively for their release here in the North and also in London. We have also made numerous representations to the prison authorities, particularly in relation to Marian Price, who is still reported to be too ill to even stand trial.

“As for Gerry McGeough, under the terms of the Weston Park Agreement he should never have been charged in the first place. We will continue to lobby and work towards the release of these prisoners.”

Gerry McGeough was arrested by the PSNI in March 2007 over an incident when shots were exchanged between an IRA Volunteer and a British soldier in Aughnacloy almost 26 years previously, on 13 June 1981.

In February 2011, he was convicted of attempted murder, possession of firearms and IRA membership. He was sentenced to 20 years in prison, though under the Good Friday Agreement he can serve a maximum of two years.

Marian Price was returned to prison on 15 May 2011 after then British Secretary of State Owen Paterson declared she had breached the terms of her licence. The charge related to an incident at Easter in Derry in which Price held up the script from which a masked man read the Easter message from the so-called ‘Real IRA’. The case against her by the PPS was initially dismissed.

Price’s lawyers insist she had never been released on licence following her arrest and jailing in relation to the IRA bombing campaign in England in 1973 and was instead pardoned. The issue should be simple to conclude but Owen Paterson claimed the documents relating to her release cannot be located.

Price remains in prison despite being granted bail. 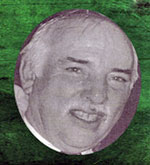 Martin Corey, a former IRA prisoner, was arrested in April 2010 and held in Maghaberry Prison without facing specific charges and on the back of what was described as “closed material” and secert intelligence.

In July 2012, a judge ruled that Parole Commissioners breached Corey’s human rights in refusing to release him from prison. The Belfast High Court ordered his release on bail. Then British Secretary of State Owen Paterson dramatcally intervened and blocked the release.

Corey remains in prison despite being granted bail.