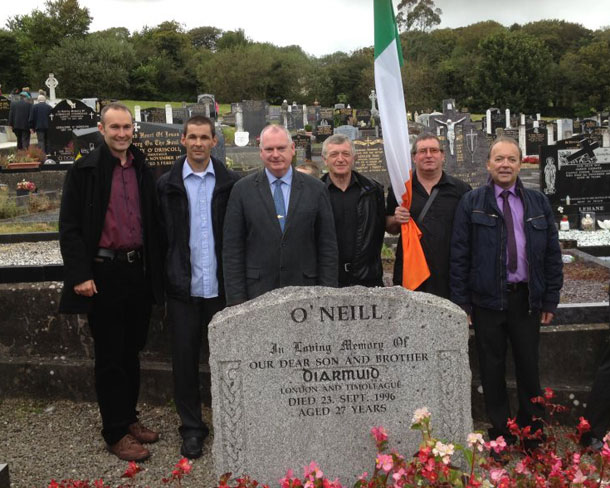 The large crowd included Diarmuid’s father and brother as well as many public representatives.

THE annual Volunteer Diarmuid O’Neill Commemoration, organised by Clonakilty Sinn Féin, was held at Timoleague Cemetery in County Cork on Sunday 23 September, the 16th anniversary of the shooting of the 27-year-old by London Metropolitan Police.

The large crowd included Diarmuid’s father and brother as well as many public representatives.

Cork North Central TD Jonathan O’Brien delivered a wide-ranging oration, in which he said that it is up to republicans to complete the work of building the ‘New Republic’ that Diarmuid O’Neill strived for and what he gave his life for alongside the many others who made the ultimate sacrifice for the ideals of Wolfe Tone and 1916.

A piper played a lament and Amhrán na bhFiann to bring the ceremony to a close.