John Walker, Birmingham Six: The people who framed us have never been brought to account 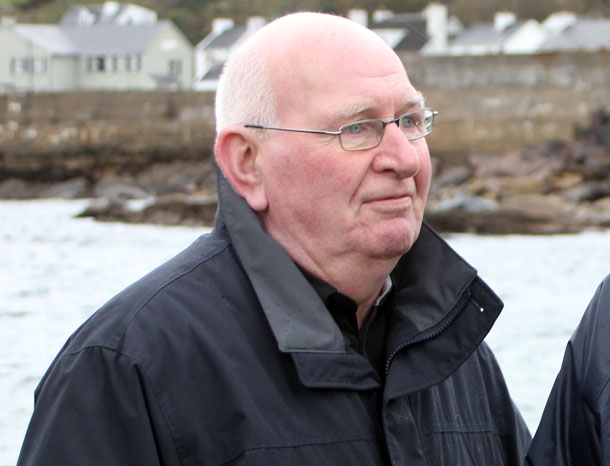 John Walker: ‘The way the victims of Bloody Sunday and the Hillsborough disaster were treated was similar to us: vilified in the media, lied to and cover-up after cover-up’

AS I DRIVE along the mountain road, heading down past the Poison Glen, with Errigal looming large, I am looking forward to catching up with John Walker, one of the Birmingham Six, and the warm welcome that greets me on every visit.

Tucked away in the idyllic setting of west Donegal, perched on a hill overlooking the Atlantic Ocean, the contrast from a small cell in an English prison cannot be any more stark.

Life changed for John Walker, Paddy Hill, Gerry Hunter, Richard McIlkenny, Hugh Callaghan and Billy Power on 22 November 1974 when they were arrested for the Birmingham bombings the previous day in which 21 people died and hundreds were injured.

On 14 March 1991, life was to change again when the men accused of Birmingham walked through the doors of the Old Bailey onto a packed London street when their second appeal was successful. I took the opportunity to look back with John at these events and how his life has unfurled since his release.

“I left Derry when I was 16 and travelled to England as my mother had died young and work was scarce in the city during the 1950s. I found myself in Birmingham and soon settled down, got married and had seven children: six girls and a boy. 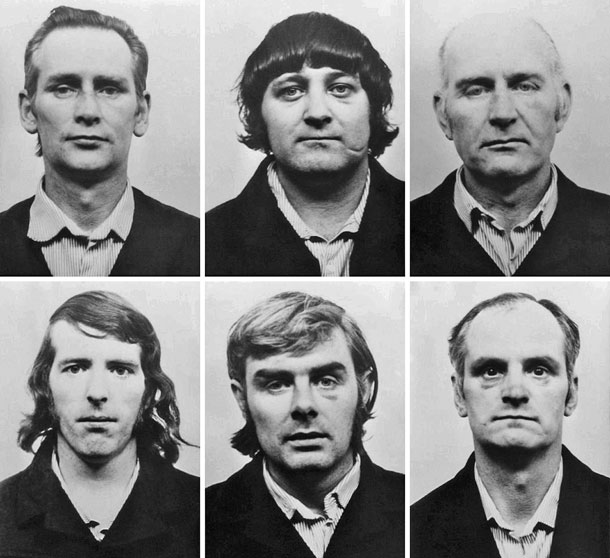 “Like most immigrants, life was tough but we made ends meet and had a few pound for the weekend. I tended to live and socialise amongst the Irish community in the area, which was quite large, and one of the people I knew was a young man who sometimes sung a song in the local club.”

This young man was James McDade, who was to die as a result of premature explosion in an IRA attack.

“Although at that stage the conflict was now raging for several years I never had much contact with it as I was busy rearing my family and rarely went home. Jamesie’s death was to bring it close to home and whilst most of the other boys knew him better than me I decided to travel home with them for the wake and then travel up to Derry to see the wider family. The travelling to the wake was more of fulfilling the Irish tradition of paying respects to the dead and their family rather than a political act.

“We got the train and travelled up to Crewe (where I remember we ordered pies which were heated in the newly-arrived microwave oven) and from here to Morecambe.

“Here the local police came in and asked us about the bombing, which we didn’t even know at that stage had occurred. After the usual questions I was released and went outside to wait for Dickie McIlkenny, who I was close with. Paddy Hill had already boarded the boat when the police came out and brought us back in.

“As soon as the West Midlands Police arrived I was taken from the cell and as I walked up the corridor I was punched and kicked in the back. The die had now been cast and little did I know at that stage it would be 16 years before I would set foot on a street again as the British demanded their pound of flesh and we were to be it. 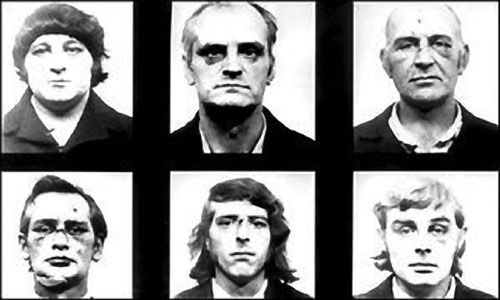 “I found myself in jail, not knowing what had happened. I was beaten daily and had my teeth knocked out within days of my arrest. In Winson Green Prison, I was taken into the bathroom where the bath was full of bloody water from where one of the other men had just been dragged. It was tough in those first few months and years as the English ‘screws’ and prisoners believed we were guilty.

“Although there were IRA prisoners in the jail at the time they wouldn’t publicly associate with us but it came to a stage when they interceded on our behalf and told the general prison population that we were not to be attacked. I don’t believe I would have survived in jail only for this intervention as the attacks stopped almost immediately. Another turning point was the Hull Prison riot of 1976 when I attended the injured as a medic and got respect from the general prison population for that.

“Our first appeal was a joke and when Lord Denning stated that to accept that the police were lying would open an ‘appalling vista’ (meaning the British judicial system would be exposed as being corrupt) I was certain I would never see the light of day as to admit this would have serious repercussions for the British state.

“We were fortunate in that there were people in the Birmingham Six campaign who would never give up and I owe everyone who helped in that campaign a huge debt of gratitude.

“When our release did come it was nearly as traumatic and unnerving as our arrest. One minute we were standing in the dock and the next we were being dumped out of a side-door onto a packed London street.

“The noise was incredible and I didn’t know at the beginning if the crowd were friendly or hostile or where we were going.  Luckily I have a strong sister and brother-in-law who supported me throughout the entire time and they were there for me.

“The British may have released us but they have never set us free for although we were compensated in monetary terms they never apologised or brought those responsible for framing us to account. They even had the audacity to charge us for subsistence for the 16 years they held us.

“I landed back in Derry to a great reception but they might as well have put me on the moon. Simple things like using money, crossing the road or even the ability to walk outside when I wanted to were all alien to me.

“Unfortunately, my marriage at this stage had broken up and some of my children were strangers to me. When I went to jail my youngest was two years old and now she was a young woman of 18. I had missed so much in their lives and this can never be recovered.

“As time moved on I began to go to the pub to pass the day and was beginning to drink a lot more than I should have. I am thankful my extended families and friends were there to keep me on the straight and narrow.

“Then I met Pavii, now my wife, and this was to take my life in a completely different direction again, only this time in a positive way. Soon we were to move in together and shortly afterwards we got a house in west Donegal.

“Then our son, Martii, came along and my life was beginning to take shape again as for the first time in 20 years it had a purpose again.

“After a few years I decided to build a new home close by and have kept the old home as a house for my visitors. Thankfully, it is rarely empty as members of my family and friends are regular visitors.

“Pavii is from Finland and has a magical touch with growing fruit and vegetables, everything from grapes to many varieties of spuds. Everything is organic and I spend my days now pottering around the plots, attending the goats and walking the dogs along the beach.  I was also playing a bit of golf but now I only get to the 19th hole once a week for the craic with a few friends.

“I have been lucky that I have now found my own wee piece of paradise and have been accepted by the local community. In a way, it is a bit of a homecoming as my family originates from the Gweedore region anyway.

“Today, as I reflect back on how we were treated by the British, I realise that very little has changed in terms of the Establishment attitude to the working class. I realised that it was not only the Irish who were the victims of miscarriage of justice as the Carl Bridgewater and many more cases were to prove. 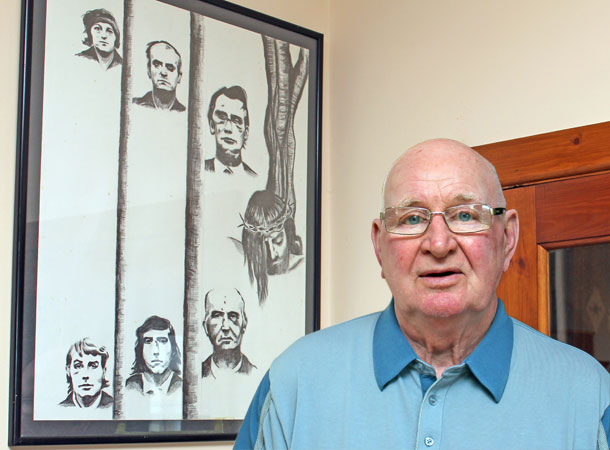 “The way the victims of Bloody Sunday and the Hillsborough disaster were treated was similar to us: vilified in the media, lied to and cover-up after cover-up.

“Today I am supportive of the Peace Process and had the pleasure to campaign for Pearse Doherty as TD and Martin McGuinness in the Presidential election.

“As my son now begins university I am worried that he may have to face the same decision as me to emigrate if the economic prospects don’t improve, but I am glad that the conflict is over so he won’t have to endure what our generations went through.

“Although I can’t speak on behalf of other people who have been the victims of miscarriages of justice, I know many are finding it difficult to comes to terms with their life. In that way I have been lucky that I have a settled existence, lovely home, great family and friends and can sit and relax, watching the waves roll in, things I could only dream about while incarcerated within a British prison cell.”