A Budget that adds up 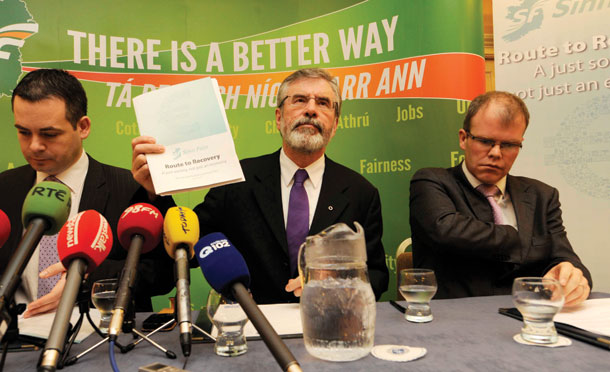 Sinn Féin’s Budget proposals will show how the Government’s €3.5billion can be met without hitting families again, or pulling any more resources from frontline services

“THE ONLY THING certain in life is death and taxes.” So said Benjamin Franklin, founding father of the United States. The Dublin government must have misheard — they’ve made taxes and cuts certainties, every Budget, every year. This, for the last four years and despite a change of government after a massive rejection of the austerity route in the last general election.

Since 2008, almost €25billion has been taken from the economy in the 26 Counties in taxes and cuts over successive Budgets. At the same time, €64billion has been pumped into the banks and €30billion into NAMA.

This December, Fine Gael and Labour will go back to the hard-pressed citizens of the state and ask for another €3.5billion. They will look for a Property Tax and will probably make changes to Motor Tax and Excise Duty. They will cut more money from the health service, education and support payments to vulnerable citizens. They will cut €500million from the capital budget, the Government’s investment fund.

Every year, Sinn Féin provides the Government with an alternative economic strategy and alternative Budget adjustment measures. In October, the party published its jobs plan, which set out a strategy to create and save jobs, assist struggling businesses and industries, and grow the economy. This month, Sinn Féin will produce its ‘Alternative Budget Submission’, which lays out growth-friendly deficit reduction measures based on fair tax changes and an elimination of waste in public spending.

The party’s Budget proposals will show how the Government’s €3.5billion can be met without hitting families again, or pulling any more resources from frontline services. The document will show that the budget is about political choices. If the political will is there, measures can be implemented that add up but don’t harm the domestic economy in the way the Government’s budget measures will.

The proposals will include:- 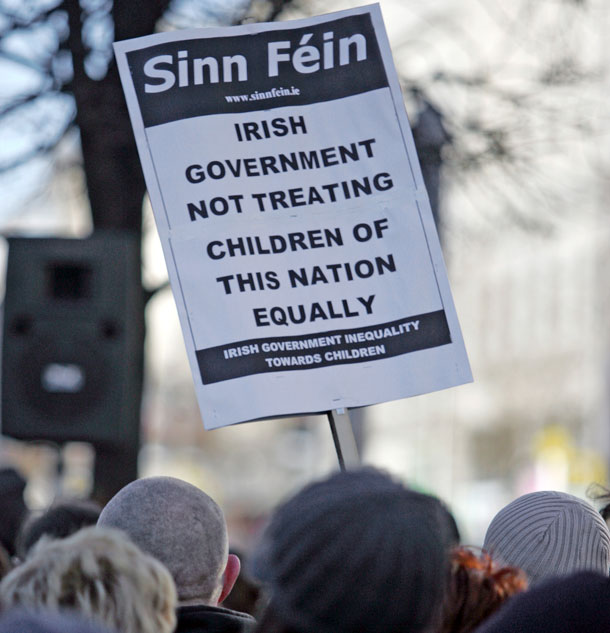 The document (which will be launched in the same month as the Children’s Referendum) will also set out a list of priorities for protecting children from the effects of the recession. Much of this month will be dominated by the Government ministers and TDs in Fine Gael and the Labour Party talking about the rights of children while they prepare a Budget which strips the rights of children to food, shelter, a decent education and a functioning health service. Sinn Féin will set out proposals including:

Sinn Féin also lists a series of proposals to assist struggling families meet their bills and manage through the recession.

As well as Budget measures, the party’s Alternative Budget will deal with the continued drag of the bank sector, setting out the details of what has been received by the banks so far and the party’s plans to bring transparency to the sector and plot a way forward.

It will also look at the continuing influence of Europe, providing alternative approaches to the current crisis. 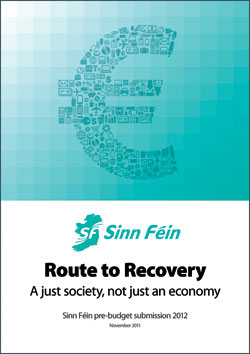 Sinn Féin’s Alternative Budget will be launched mid-November and will be available on the Sinn Féin website : www.sinnfein.ie