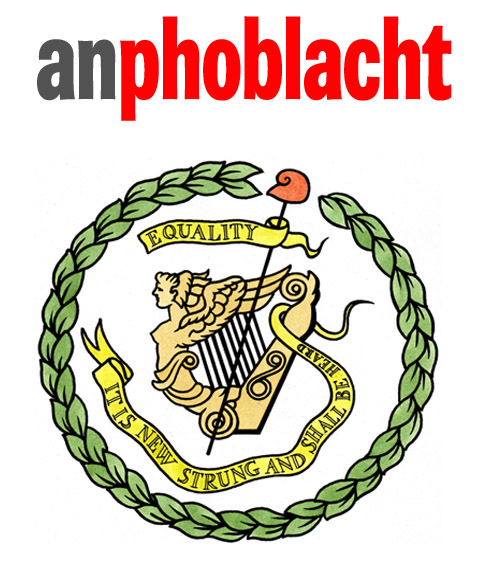 Fine Gael/Labour chose banks and the EU over Irish citizens

AS the Fine Gael/Labour Government presses on with the disastrous implementation of its austerity agenda in the face of all the evidence that it is damaging the chances of economic recovery, increasing numbers of citizens are suffering hardship and poverty. A radical change of course is needed.

The economy needs to grow itself out of crisis. To do this, the unsustainable banking debt must be removed. But the Fine Gael/Labour Government has pursued a policy of reassuring the markets and the European Union that Irish citizens, irrespective of the human price and social consequences, will pay this unsustainable debt.

With a policy like this is it any wonder that Taoiseach Enda Kenny has failed to secure a write down on ‘legacy debt’?

Inability to pay the private banking debt gives the Government considerable leverage in its EU negotiation but so far it has chosen not to use this. Fine Gael and Labour have made a straight political choice – to protect the interests of the banks and the EU over those of Irish citizens.

December’s Budget is also about political choices – the Government can either protect the most vulnerable or target them; they can ask those who can afford to pay more by way of a wealth tax to do so or they leave them better off, as Fine Gael and Labour did in the last Budget.

Sinn Féin is presenting an alternative, realistic and costed Budget submission containing practical, effective and innovative proposals to reduce the deficit, create growth in the economy, get people back to work and protect families under financial pressure. It reflects core republican values and means prioritising the interests of citizens.

Border poll the next step

THE issue of a referendum on Irish unity has been given added impetus by the recent referendum decision for Scotland.

In the Good Friday negotiations, Sinn Féin secured the removal of the Government of Ireland Act, under which the British Government claimed sovereignty over the North.

There is now only a qualified, conditional claim that will change when a majority of citizens in the North vote for an end to the Union.

The Good Friday Agreement provides for a poll on Irish unity. To secure this means building support so that the Irish and British governments are moved to fulfill their obligations to hold one.

All those who wish to see a united, independent Ireland will then have to campaign for a YES vote and to persuade the people of the island of Ireland to support unity and the creation of a New Republic.

It especially means persuading those, North and South, who currently don’t want Irish unity that it will be better for them and for their children. It means demonstrating in practical ways why working as partners and living together as equals on this island is better politically, practically and economically.

A Border poll should be the next step in the implementation of the Good Friday Agreement.